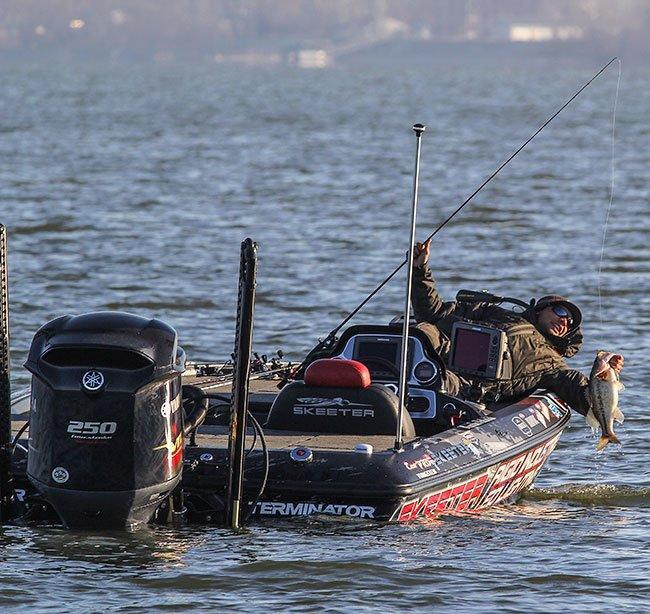 Crankbait fishing is a phenomenal way to catch big bass throughout the early spring. When the fish start to venture to warmer, shallower water to shake off the chill of the winter, they become especially susceptible to smaller crankbaits.

Brandon Palaniuk has enjoyed a great deal of success in his early career, with many of his heavy limits coming on small crankbaits. With some basic understanding of early spring bass behavior and small crankbait techniques, you’ll be able to enjoy some outstanding bass fishing throughout this early spring.

Where to start your search

We always hear about anglers utilizing wood cover during the spring, but many of us tend to overlook docks. They may not be as eye catching as a good looking blowdown, but Palaniuk jumps as the chance to fish docks for big, prespawn females.

“Docks that have a little flat on the shallow side with a good break midway down them are ideal places to use small crankbaits in the early spring,” Palaniuk said. “Bass will position on those breaks while using the docks as cover.”

During this time of year, it’s not uncommon to see multiple bass sitting under a single dock. If they ignore multiple flips and pitches with soft plastic baits, there’s a great chance they’ll react to a subtle crankbait.

“A lot of fishermen get spun out when they see a bunch of big bass they can’t catch,” Palaniuk said. “It gets me excited because when early spring bass get into this neutral state, they will absolutely crush a small crankbait.” 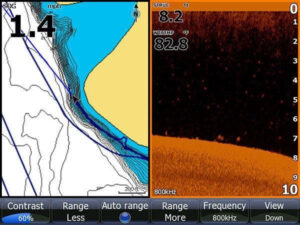 When fishing a body of water void of docks, Palaniuk turns to isolated wood cover. To find high percentage areas, he carefully studies his Navionics map. Whenever he notices tight contour lines near a shallow bank, he puts his trolling motor down and goes to work.

“Whether it’s a 45-degree bank or an expansive flat like the one I fished during the 2011 Classic, prespawn bass flock to wood cover with deep water nearby,” Palaniuk said. “Warm water is key during this time of year and wood holds a lot of heat for the bass to absorb. It doesn’t have to be right on the bank, either—as long as there’s deep water somewhere nearby, there are going to be some fat bass.”

With crawfish being a major food source for bass in the early spring, rock can also be a big player. In addition to hosting a multitude of easy meals for hungry prespawn bass, rocks also hold heat very well. Plainly stated, rocks offer bass two critical elements—food and warmth.

When to use a small crankbait

If we all had a dime for every time we heard an angler preach about “matching the hatch”, we’d all be millionaires by now. They don’t just say because it sounds cool—it’s an essential practice for catching big bass. According to Palaniuk, it’s never more important than right now.

“Earlier in the year, most of the baitfish are still somewhat small,” Palaniuk said. “When you compound the small baitfish with the slow metabolism of a prespawn bass, it makes perfect sense to downsize to a small crankbait. Bass are smart and won’t eat something if it looks unnatural for the time of year.”

As bass make their first move toward shallow water, they’re not necessarily looking for big meals. After being in cold water during the winter, they’re simply trying to warm up and search for suitable bedding areas.

“Just because they’re not actively feeding doesn’t mean they won’t eat a small crankbait if it passes in front of their face,” Palaniuk said. “They’ll be a little less apt to chase down big prey, so downsizing your crankbait to a smaller size gives them a better opportunity to eat it.” 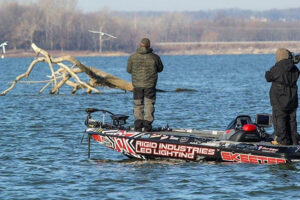 When fishing wood cover with small crankbaits, Palaniuk starts out with a slower retrieve in order to reduce hang-ups and concentrate on the most productive pieces of cover. His cranking angles make the biggest difference, however.

“I change up my angles constantly, especially around laydowns,” Palaniuk said. “I try to bring the crankbait straight down both sides of the cover, but it’s very important to make multiple casts. The first couple casts may just get the bass’ attention while following casts give them the opportunity to actually eat it.”

Making multiple casts to a single piece of cover may seem overkill to some anglers, but if the wood cover is located in a prime location, it can be well worth it.

“I’ve made upwards of 15 casts with a small crankbait to a single laydown before finally catching a really big one,” Palaniuk said. “I do this a lot when the laydown I’m fishing is located close to a creek channel because more often than not, they’ll continuously refresh with big bass.”

His approach changes when he finds himself fishing around rocky riprap banks. Bass usually don’t hold as tightly to rock as they do wood, so he prefers to burn small crankbaits parallel to the rocks in order to cover more water and force reaction bites.

“Rocks hold more heat, so it speeds up the metabolism of the bass,” Palaniuk said. “When you’re fishing wood, you’ve got a couple of pieces to hit, but big wing dams and riprap banks provide more surface area which allows you to move faster and fish more efficiently.”

When targeting early spring bass around cover, Palaniuk has a lot of confidence in a Rapala DT4. Its ability to come through cover makes it a must-have for these situations.

“The DT4 is made out of balsa and has a very tight wiggle,” Palaniuk said. “Its small, compact profile allows the bass to eat the whole thing while the angle of the line tie and natural buoyancy lets it come through the nastiest cover on the lake.”

For rocky areas, such as wing dams and riprap banks, the new Rapala Scatter Rap in a crawfish pattern is tough to beat.

“The action is unreal,” Palaniuk said. “Its evasive, sweeping action looks like a crawfish darting in and out of the rocks. Once it hits the riprap and darts the opposite direction, it looks just like injured prey. You get some insane bites with the Scatter Rap.”

“The Crankin Rap 03 is made of plastic which allows for some really awesome translucent finishes,” Palaniuk said. “Translucent baits look very realistic in clear water which, of course, results in bigger fish and a lot more bites.”

As you head to your favorite lake for some early spring fishing, keep some smaller crankbaits on hand. When you can’t get a bite on anything else, downsizing your crankbait can lead to huge prespawn bass.