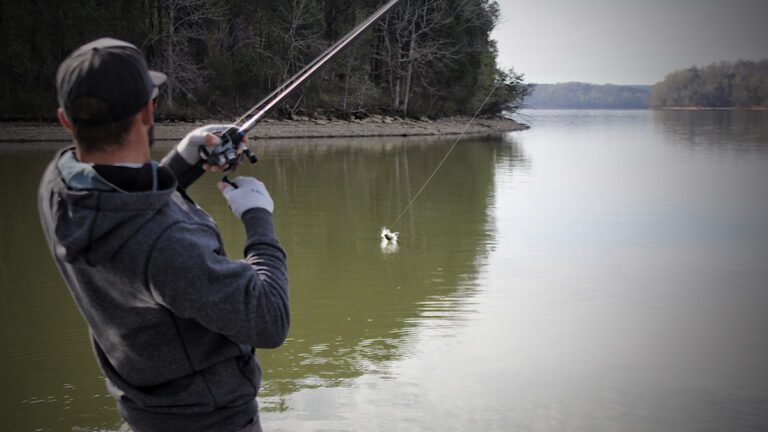 The post spawn can be a tough time of year for bass anglers; as the bass make their way off the beds, they can be a little sluggish. The spawning process is pretty grueling for these fish. Having often sat basically stationary on a bed for several days, bass haven’t had a lot of opportunity to feed or even any interest in feeding at all at times.

So as they come off the bed and work their way into the post-spawn phase, you’ll find they do it in waves and there are different sub-phases to the overall post spawn.

Today, we’re going to break the post spawn into three smaller phases to help you work your way through the post spawn. This will hopefully make it a little easier for you to find and catch fish after they come off the bed. 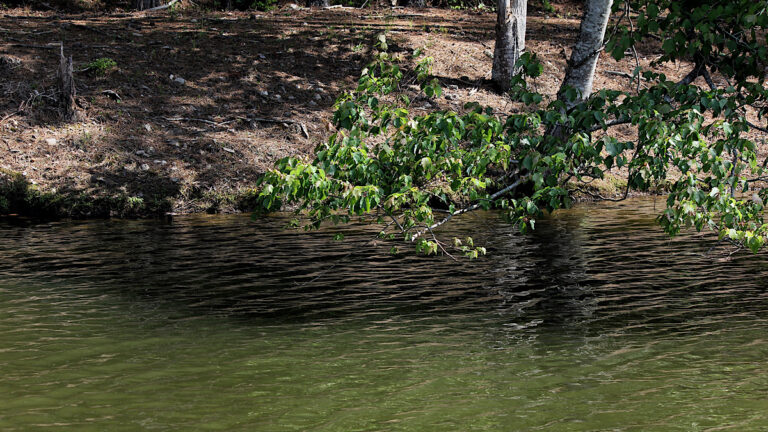 Usually, bass will stay shallow for a few days right after they finish spawning. For one, the males stick around to guard the fry. They’ll hang close by the newly hatched school of tiny bass and run off any predators that pose a threat to the hatchlings like bluegill, bream and even the female bass that just birthed them; the females will actually eat their own fry. So the focus on the fry keep both the males and females shallow, for a few days at least.

In some instances on fisheries with lots of current, like the Tennessee River, the bass may not stay shallow long at all but instead move straight out to the closest staging spot where they can begin to feed. But on many fisheries, the bass just kind of hang around shallow and try to recover before moving offshore.

You’ll often see them cruising around in this time frame and they can be particularly hard to catch, but using finesse tactics like wacky and Neko rigs or topwaters like frogs and poppers will help you mimic a bream or bluegill and often give you a good chance to get bit in the immediate post spawn shallow.

A couple weeks in 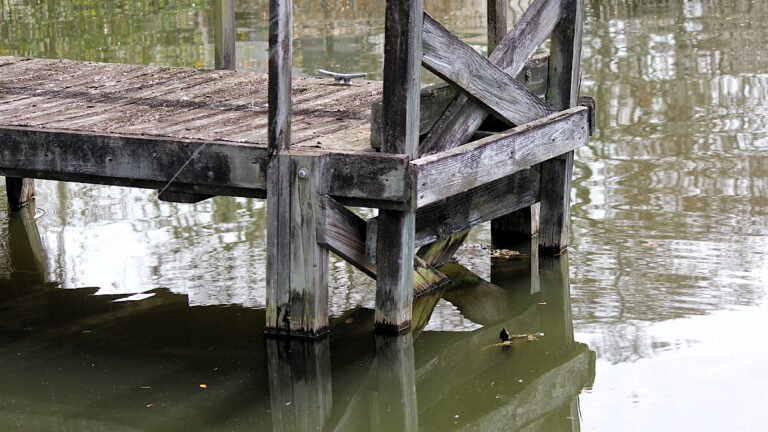 As bass wander around the shallows in the immediate post spawn, they’ll often find their way to a dock, shallow brush pile or some other piece of mid-range cover to stage. The waters begin to warm quickly after the spawn, so shade and a little deeper water become critical for the recuperation of the bass. Easing under a dock or an overhanging tree, the bass can get out of the sun and in a little cooler water, which helps lower the stress on their bodies, since they’re cold-blooded animals and their body temperature is regulated by the water they’re in.

For the same reason, you’ll start to find bass setting up shop in brush in the 5- to 10-foot range, because the water there is a little bit cooler. If you’ve ever jumped into the lake or a swimming pool early in the summer, you know that there’s a drastic difference in the temperature between that first 3 or 4 feet along the surface and the water that’s down below. The bass can definitely feel that difference too and getting down into that depth of water that’s just 5 to 10 degrees cooler makes a big difference on how quickly they can recover from the spawn. 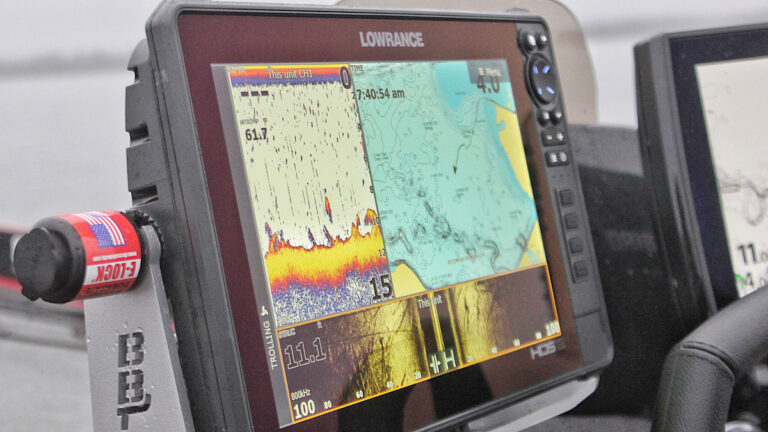 After spending a couple weeks hunkered down under docks and buried up in mid-depth brush, the bass will begin to move deeper and deeper as the surface temps rise and the warmer water temps push deeper. Now the definition of deep varies from fishery to fishery depending on several factors like water current and clarity. The clearer and calmer the water, the deeper the bass will often push.

But on a fishery with a lot of current and a little color to the water, the fish won’t typically push nearly as deep as they do on the clearer fisheries. Reason being, the current stirs the water up and brings cooler water closer to the surface. And the sunlight doesn’t penetrate as deep in stained or muddy water as it does in clear water, so the warmer water temps don’t typically get as deep on stained fisheries, meaning the bass don’t have to go as deep to find cooler water.

Regardless of how deep the fish set up offshore, the bass are hungry, a little revived and ready to eat in the full post spawn. Baits like deep-diving crankbaits, jigs and Texas-rigged worms work well in this window fished along offshore humps, points and other structure. 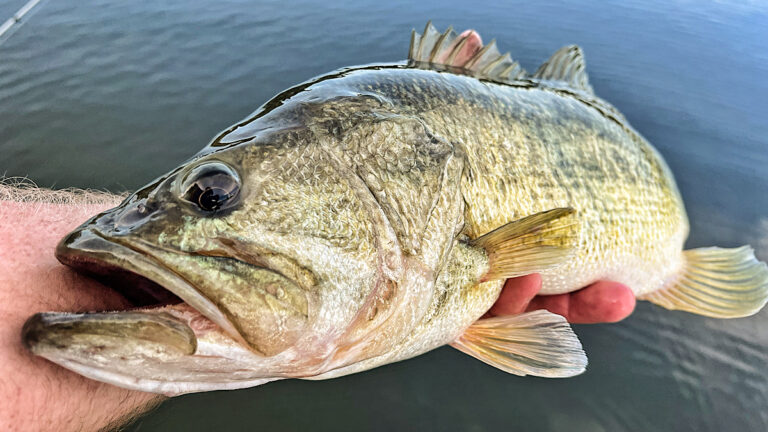 One thing you’ll want to pay close attention to as you track bass through the post spawn is the migration of the bait. Bass will move to wherever the food is. Shad typically start to spawn about the time the bass finish up spawning and they do this in shallow water. So shad spawns will keep bass shallow too for a while. But as soon as the shad finish up their spawning process, they’ll begin to make their way to deeper water and the bass will follow.

Focusing on the migration of the bait and the depth at which the water temps start to cool off, you should be able to find and follow fish as they make their way through the post spawn. Stay focused shallow early on. But after a couple weeks, start to look for those first pieces of brush or slightly deeper docks to find fish. And then you’ll see a large population of the bass move fully offshore later in the summer.

But again, these bass are spawning in waves, so they’re moving through these sub-phases of the post spawn in waves as well. If you get on a particularly good dock bite for instance, it may last several weeks as waves of spawners come off the bed and begin to work their way into the post spawn phase. What you’ll often find is that there are some fish in all three of these sub-phases for several weeks since the bass aren’t all spawning and coming off the bed at the same time. So hone in on something that’s working, and fish it til it’s not. There’s no need to leave fish to find fish. But if and when that bite dries up, it’s time to move with the fish.