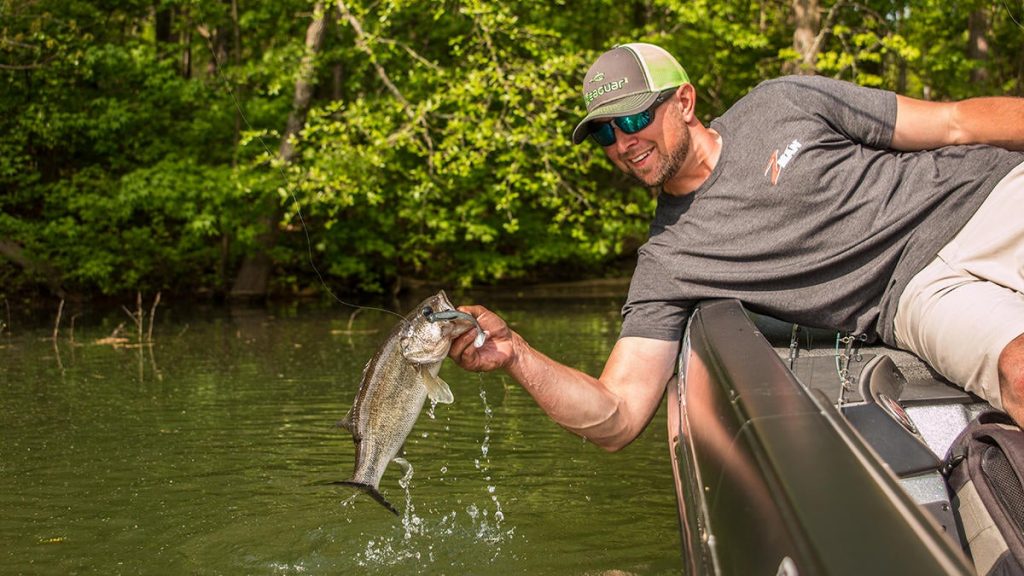 No matter where you’re located, bass fishing can become incredibly difficult throughout the late spring and early summer period. The bass have already made their major push towards the shallows, they’re done spawning but they’re not really congregated on their deep, offshore summer haunts yet. This is a textbook transition time for the fish and it leaves most anglers scratching their heads. You can catch a bass or two with a few different techniques right now, but nothing is really “the deal” quite yet.

If you’re struggling to get on a solid bite, you’re certainly not alone. This lull happens every single year and it will completely mess with your head. But I was talking with professional angler and fishing guide Rob Jordan a few days ago and he reminded me of an awesome way to catch big bass this time of year—targeting shallow wolf packs.

Although the name may be new to you, I’m almost certain you’ve seen ’em before. You’ll be fishing a dock or laydown inside of a shallow pocket and all of the sudden you see a group of 6 or 8 big bass cruising the shallows together. It looks like they don’t have a care in the world and in most situations, you can toss your lure towards them and they’ll snub their noses at it before you can even blink an eye. It’s not uncommon to see a 20- to 25-pound limit with your naked eye several times per day this time of year.

Despite what some frustrated anglers might tell you, these big bass aren’t impossible to catch. With the right mindset and technique, you can catch an enormous limit of these tough-to-fool cruisers. I got a lot of great pointers from Jordan during our conversation and I wanted to share them with everyone.

Understanding the “when” and “why” 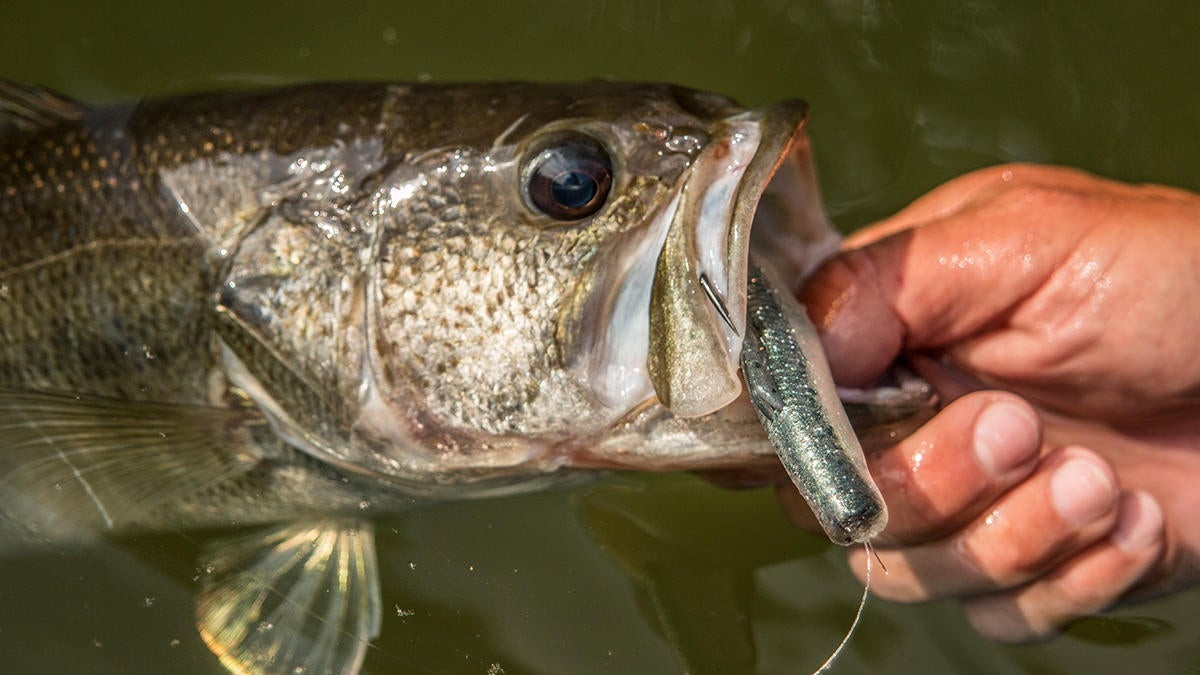 Before we get into the act of catching these finicky bass, it’s important to understand a few things about this annual phenomenon. While targeting these bass may not result in impressive quantity, the ones you do catch are normally much larger than average.

“You’re going to see these shallow wolf packs in the post-spawn to early summer period primarily,” Jordan said. “The fish that get in these groups are normally in the 3- to 5-pound range. You’ll see anywhere from 6 to 8 fish grouped up together and they tend to be females for whatever reason.”

I’ve always wondered what exactly makes these bass group into these small wolf packs and although I’ve heard numerous theories, Jordan’s idea actually makes the most sense of any I’ve heard thus far.

“I think those post-spawn females would rather not compete with larger schools to eat,” Jordan said. “They’re worn out from spawning, so they’d rather get into a small pack to patrol the bank and corner prey. Why would the big kids want to go fight hundreds of middle schoolers in deep water just to catch some food? They don’t get big by being dumb. They know that when they go rogue in these wolf packs they can work together, exert half the energy and feast on bluegill and baitfish in the shallows. It’s a much more efficient system for them.”

Although you can certainly see these rogue wolf packs throughout the entire summer, you should keep a close eye out for them when the water temperatures are in the 70s to mid 80s, according to Jordan. Although sunny days help the angler see these wolf packs, the fish’s increased visibility can also make it tougher to fool them. Cloudy days may make it tougher to visually target them, but they’re more likely to attack your offering in these lower-light conditions.

Where to look and how to present your bait 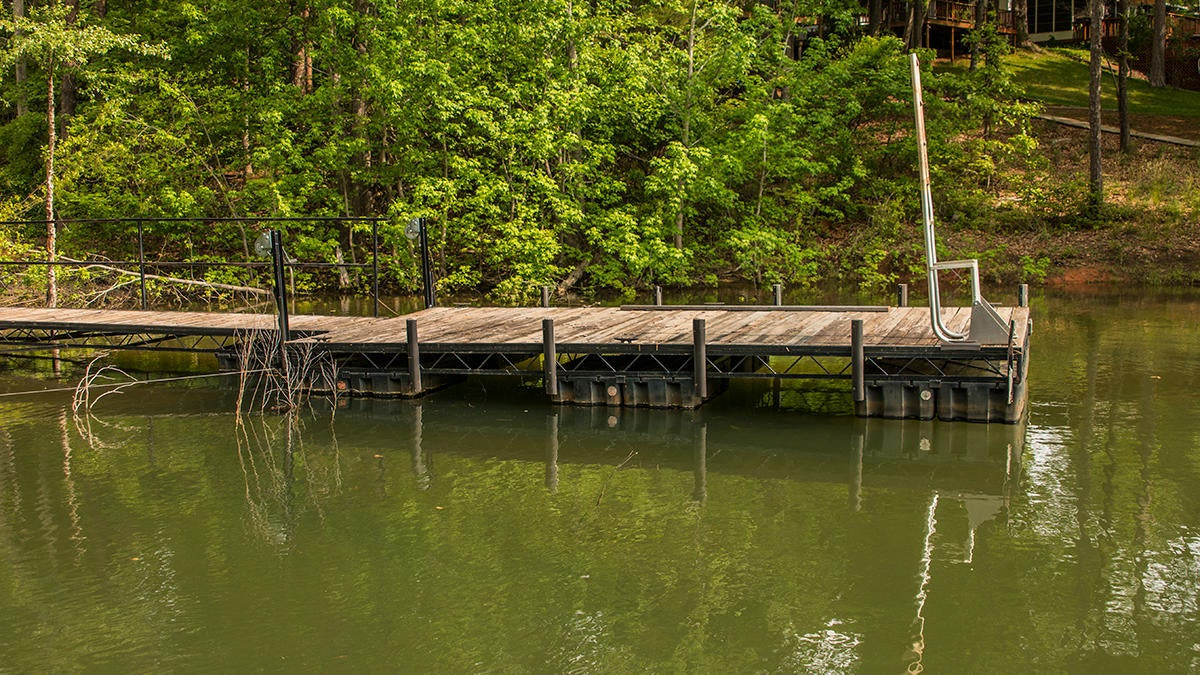 Admittedly, this is a tough bite to pattern. Because these groups of big bass are seemingly always on the move, they’re rarely in the same spot twice in one day; they’re simply covering water and looking for something to attack. Jordan has, however, figured out a few things to look for that will put the odds in your favor.

“I always look for pockets with flatter banks,” Jordan said. “I feel like those flatter banks make for much easier feeding opportunities. I’ve watched these wolf packs almost beach themselves trying to attack prey. They can’t really do that on steep banks. I also don’t look for them around fresh bluegill beds like many people do. They tend to seek out those smaller, two-finger bluegills instead. So keep a close eye out for them while you’re fishing in short pockets with flat, tapering banks.”

In addition to these flat banks, Jordan also pays attention to both bottom composition and the presence of cover.

“I think bottom composition has a lot to do with where you’ll find these wolf packs,” Jordan said. “Sandy or clay banks seem to produce the most, without a question. Gravel bottoms are big producers, too. But those soft, mucky bottoms don’t seem to attract them very much. I also prefer natural banks and pockets as opposed to over-developed pockets with a bunch of docks and what not. If there are a bunch of docks and structure in a pocket, that creates a lot more distraction for these fish. It gives them more places to stop and hide. It’s much more efficient to work down a featureless bank because there are much fewer hiding places for them. I do, however, like to find an isolated dock or laydown in the back of a pocket. This concentrates the fish and they’ll use it as home base throughout the day. They’ll go out an hunt, but they’ll come back to that one piece of cover to rest and regroup.”

It’s nearly impossible to overstate the importance of efficiency when you’re targeting these wolf packs. As we mentioned earlier, they’re always moving, so this isn’t something that allows you to develop a pattern. Speed is often the name of the game.

“We always want to find patterns as anglers,” Jordan said. “But a lot of this has to do with putting your trolling motor down and just going down the bank. Sometimes you’ll find ’em in the back of a pocket it and sometimes you’ll intercept them in the middle of a pocket. You absolutely have to keep an open mind and stay moving at all times.”

Stealth and strategy are also absolutely essential to this technique as well. When you unexpectedly see a bunch of giant bass swimming in front of your boat, it’s incredibly tempting to hastily lob whatever’s tied on towards them. No matter what, however, you have to resist the urge to act impulsively.

“If they see you first, you’re already behind the game,” Jordan said. “But if that happens, the best thing to do is to avoid throwing at them immediately. Give them a few minutes to regroup and hopefully forget about you. I’ll make a big circle around them and swing back around to them. But it’s so much easier when you don’t spook them. I’m a big duck hunter and I explain to my guide clients that it’s a lot like shooting a duck with a shotgun. You have to lead the wolf pack with your cast. Ideally, I want to get it at least 15 feet in front of them. If you land on top of them, it’s over. You might as well kiss them goodbye.” 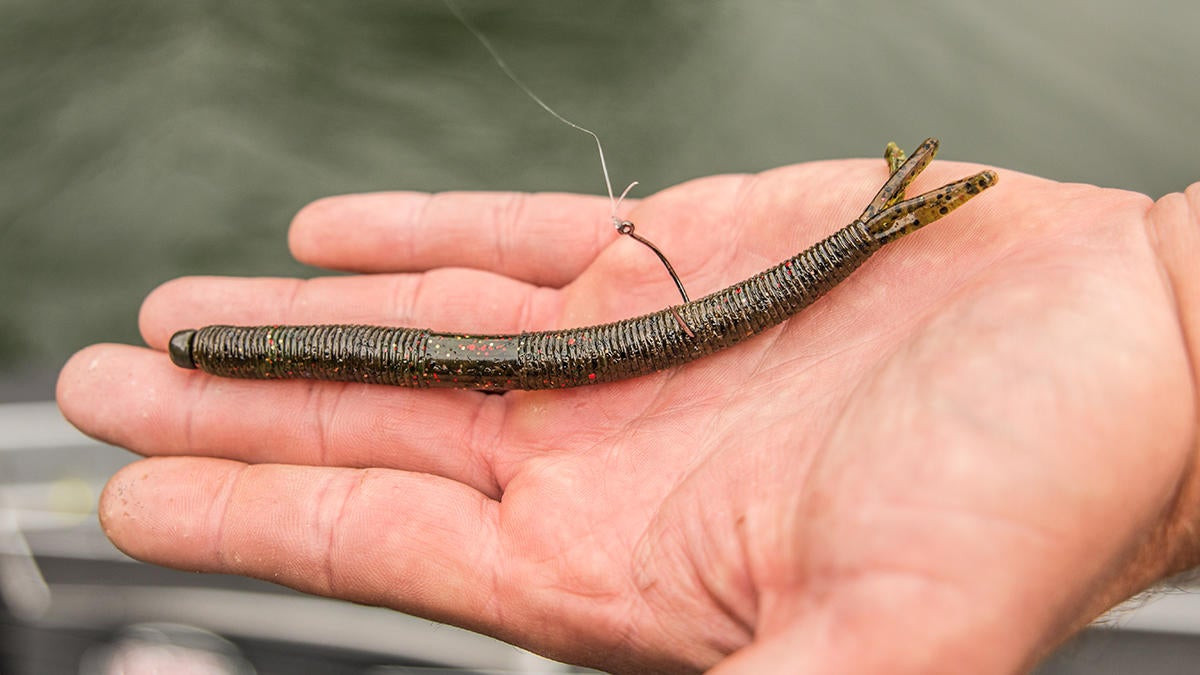 If you’re anything like me, you’ve run across these groups of big bass and thrown nearly everything in the boat at them-and they swim around it without skipping a beat. Jordan shared some options, however, that seem to have a much higher success rate than what most anglers lob towards these fish.

So if you’re not on much of a pattern right now, don’t fret. Not many of us are, to be totally honest. Spend some time on your next fishing trip targeting these wolf packs using Jordan’s expert advice. Remember, you may not catch a bunch of fish, but when you get lucky enough to intercept one, it’s going to be one you’ll brag to your buddies about.