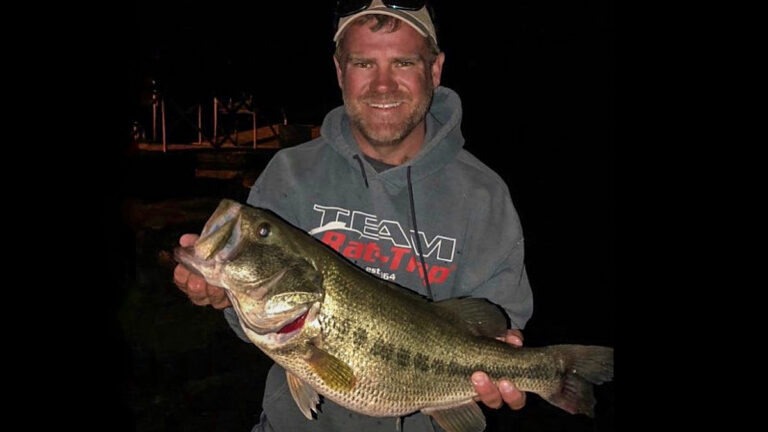 Night fishing is just getting going across much of the south. Little night tournaments pop up here and there all over the country during the summer. And though the summer is still several weeks away, now that the time has changed, many of you will likely start seeing some of the summer night tournaments start in your area soon.

That’s the way it is for our local Wednesday nighters here in Alabama, which started back up this past week. In our first one of the year (humble brag coming), my uncle and I put one in the boat that weighed 8.23 pounds. We caught this fish after dark, intentionally fishing for big fish that we thought might be trying to spawn.

So that’s what we’re going to talk about today: How to target big fish at night in the early spring that are shallow and looking to spawn.

Where to look and what to throw 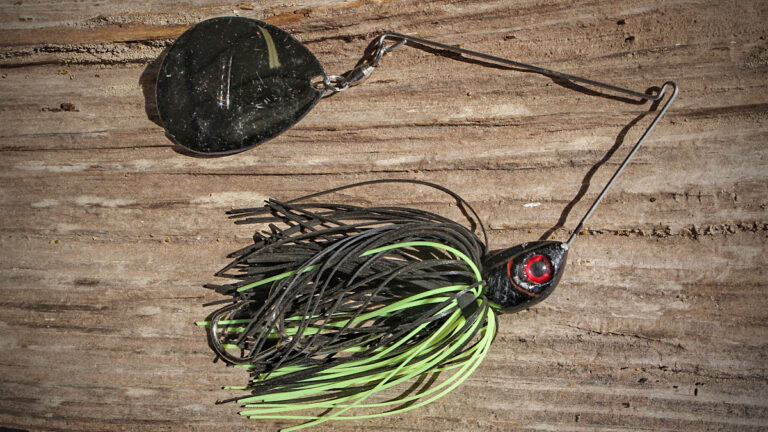 It’s best just to take the night part completely out of the equation when deciding where to look. Don’t overcomplicate things by the fact that it’s dark. Just go and fish in the same areas where you’d target immediate prespawn and spawning fish during the daytime.

So try pockets, shallow banks in creeks, seawalls, stump fields… all the same high-percentage places where you think a bass would be spawning in the daytime. If you think about it, it’s not like the bass are going to swim off a bed they’ve been on all day just because it’s dark and then come back to the bed in the morning. If you’ve got an area where you think a fish might be spawning or where you’ve caught spawners in the past, go there and fish it.

The “what to throw” part of the equation is a good bit different, however.

Spinnerbaits, Texas rigs and buzzbaits are some really good options when fishing at night any time of the year but especially when trying to target big spawning largemouth in the dark.

The difference at night is that dark colors are what you want to go with. It has never made sense to me at all but apparently the darker baits show up better at night and give you the best chance of a fish finding the lure. So going with a primarily black worm, spinnerbait or buzzbait is a good idea. All three of these baits give you something you can fish shallow, which is key since the bass may be spawning in less than two feet of water at times.

Again, don’t overthink things. Just think about it like fishing muddy water with low visibility during the day. The spinnerbait and buzzbait do a good job of drawing a fish’s attention and helping them find the bait. While the Texas rig is more for milking an area for all it’s worth.

How to fish and develop a pattern

Slow is the name of the game no matter what you’re throwing at night, especially if you think the fish are on the bed. When selecting which bait to fish, there’s a trade-off. The Texas rig is much more thorough but also a much slower presentation. Though, if you drag it through a bed or even close to one at night, you’ll likely get bit.

With with the spinnerbait and buzzbait, however, you’re able to cover a whole lot more water but you still want to fish them as slow as possible. If you slow the spinnerbait down until you can just barely feel the blade thump, you’ll ensure the bait is near the bottom where the beds will be and give yourself the best chance of drawing a strike from a big female that won’t likely want to move far from where she’s spawning, if she actually is on bed.

The buzzbait needs to be fished as slow as possible as well, just reeling it fast enough to stay on the surface. It’s a good idea to try several different buzzbaits since some can be fished a good bit slower than others. But you really do just want to crawl a buzzbait along as slow as possible to better your chances of a fish hearing it, tracking it down and blowing up on it.

You’ll start to see patterns develop as you fish this way more and more. Year after year, you’ll be able to go back to the same areas and catch bass at night that are likely spawning. There’s no way to be totally sure one was on a bed when you catch it, but if they’re slap full of eggs like this last one I caught, that’s a pretty good indication the fish was either on bed or getting real close to going on bed.

I’ve also found that the biggest ones usually come early in the spring. I believe this holds true for bass that are spawning during the day as well. The bigger bass are older, they’ve been around the block a time or two and I think they just instinctively know when to move up to spawn a little earlier than the smaller bass do.

That’s what happened with this 8-pounder. I threw a spinnerbait for about two hours that night and caught this one big fish and maybe two or three little males. I didn’t get a lot of bites, but that one I got was well worth the two-hour investment. She was ready to pop and the second largest fish I’d ever caught off that particular lake, which I’ve fished regularly all my life. 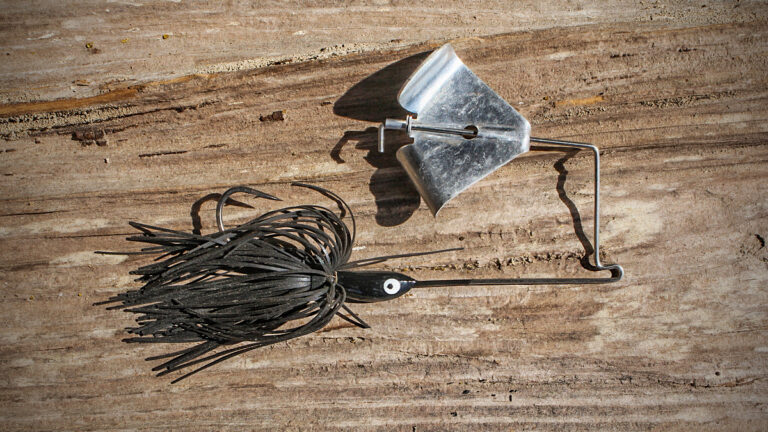 Though it may be a bit intimidating at first to fish at night, it’s well worth giving it a shot in the spring since the boat pressure is usually a good bit lighter and the big ones are up shallow just like they are during the day. That’s the real key, just try to take the night part right out of the equation from the get go.

Try to fish like it’s a low-visibility situation during the day, like fishing muddy water. Target the bass around the same areas you’d think they’d be spawning if it was light out. Use baits that do a good job of either drawing a fish’s attention or baits that very effectively cover the area.

If you fish slow, fish the same areas you would during the day and pick baits that give the fish a good chance to locate them, you’re off to a great start. You’ll likely put a big spawning bass in the boat at night in no time.