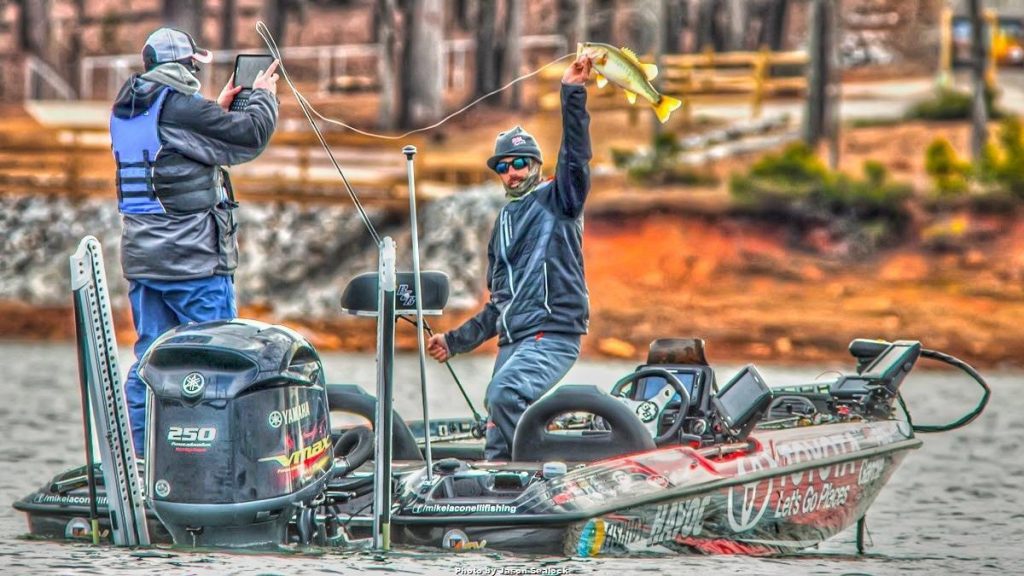 Finding bass on a fishery with limited time on the water is no small feat. In fact, if you are like me, there are times when it seems almost impossible. Instead of finding and catching fish all day, you spend your time finding numerous areas where the fish aren’t. It’s days like those you wonder how a touring professional angler can consistently find bass to bring to the scales, with only two to three days of practice time on the water.

Bassmaster Elite Series pro Mike Iaconelli, who is coming off yet another top-10 performance at the 2015 Bassmaster Classic on Lake Hartwell, offered up numerous steps an angler can take to find bass off the water without ever having laid eyes on the lake.

Iaconelli is one of the most popular anglers, but he’s also well known for his work ethic when it comes to pre-practice research. Ike has been using this at-home tournament preparation since his local club days in the early 1990s, and he credits the research he does off the water for helping him find potential fish holding areas throughout his career.

“I can tell you that over the last 20 years, some of the very best places I’ve ever found in tournaments I have found at home before I ever got to the lake,” Iaconelli said. “I have found winning spots, top-10 spots, and magical places by using this approach.” 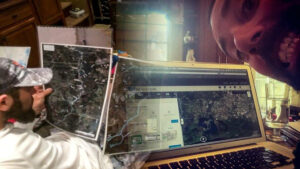 Iaconelli will do as much research on the lake he’ll be fishing as possible. He’ll look for videos, interviews, magazines, and old articles with information on the fishing destination through internet research.

Once Ike has found several different sources with information on a fishery, he will look for “buzzwords.” These buzzwords are phrases or terms that reappear in several documents.

“Say you look at 10 different internet resources and seven of them mention the fact that bluff banks are good,” Iaconelli said. “Or five resources say something about the color green pumpkin being good. Whatever it may be, all that really matters is you start seeing commonalities between sources.”

He will then write those key terms down in a notebook he designates for that body of water. These little nuggets of information might not seem important now, but they can be extremely helpful throughout the rest of his tournament preparation. 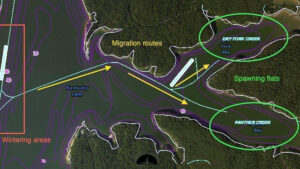 The next integral facet of Iaconelli’s off the water preparation lies in map reading. Ike started out solely using paper maps, but with increasing technology, there is now a plethora of map and satellite imagery resources an angler can use. Iaconelli will still use the old paper maps, but he has now added resources like Google Earth, Bing Maps, Navionics.com and Fishidy.com.

The use of multiple different maps and satellite images is extremely important to Iaconelli. Using just one map, such as the map on your boat electronics, is a mistake Ike sees a lot of anglers make. Not only will some maps show you something the other maps miss, but they also each have their own unique properties.

“Historical maps show you things that used to be there, a long time ago,” Iaconelli explained. “The satellite imagery shows you current conditions, so you can see things like water clarity, water level, or even weed edges. The more points of reference you have, the better. Something will jump out to me on one map that didn’t appear on the others, then I can cross reference them and break down the key area.” 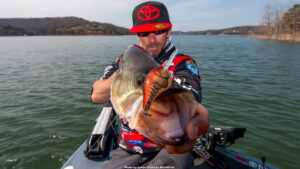 After doing research and studying maps, Ike’s final step involves plugging in seasonal patterns of when he’ll be fishing the lake.

Of course, Ike can’t see into the future, but experience goes a long way in understanding seasonal movements. Predicting what stage the bass are in will never be 100% accurate, but the general seasonal patterns Iaconelli follows for any body of water are the same. Whether fishing in Canada or Florida, Ike will still use the same relative template for the different phases and movements a bass undergoes throughout the year. They just occur at different times depending on your geographic location.

Wintering areas – Here Iaconelli is looking for the deepest, most vertical areas of a lake. This could be things like channel swings or bluff walls, but the key is having that vertical drop.

Spawning areas – During the spawn Ike is looking for major flats adjacent to deeper channels that are protected from elements like wind on a fishery. These spawning flats can be both tucked back up in pockets, or on the main lake. The correct bottom composition becomes important for spawning bass in many parts of the country and is something Ike pays attention to during this stage.

Iaconelli will immediately circle or mark the areas he believes to be the wintering and spawning areas on his map as they become important in how he deciphers prespawn and post-spawn areas to target.

Prespawn and post-spawn areas – During these stages, Iaconelli is looking for the migration routes from the bass’ wintering areas, to their spawning areas. He has found that the bass will often use similar areas and types of structure in these two phases. The biggest key is understanding what the bass will use as their migration route.

“About 99% of the time this is going to be along a contour line or a channel,” Iaconelli said. “Thats when you start looking for the stopping points in between, which really become the magic spots when you’re talking about a transitional time of the year.

“Whether they are moving shallow or moving deep they will stop on things like points, both under water and physical points of land. Or structure like weed edges, a lone dock, isolated cover, boat ramps, riprap, or anything that breaks up the homogeneity of their migration route.”

This is where advances in technology and on-line resources have changed the way anglers can carry out map research. We now have resources to show us more than ever before that are only a few clicks away on the internet.

“Websites like Fishidy.com actually marry the satellite imagery with the contour maps,” Iaconelli said. “They overlay the two of them. Showing me everything I need to find potential spots.”

After he has potential wintering and spawning areas marked, Ike can follow the contour lines and find the specific stopping points he discussed that the bass might use. Allowing him to eliminate a lot of water and narrowing his focus to specific areas.

Another important tip Iaconelli noted: map research is just as much about eliminating water as it is about finding spots. Ike often sees anglers using maps just to find areas to fish, but he explained that excluding areas not to fish is every bit as important. This way, Iaconelli can break the lake down into manageable sections that he can efficiently explore during his limited time on the water. 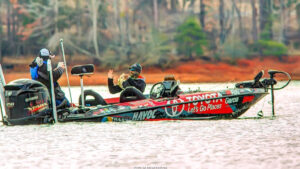 FINE TUNE ON THE WATER

Iaconelli’s final step involves actually getting on the water and fine tuning what he has learned through research. Ike stresses that you still have to fish the moment and be aware of what the fish want once you get on the water.

“All this research and map reading, you really have to use as a template,” Iaconelli explained. “Not as something that is carved in stone. You can’t get to a lake and be so focused on your research and predictions, that you ignore what the fish are actually doing.”

Instead, by using this approach Iaconelli eliminates up to 50% of the body of water he’ll be fishing. While also creating an outline to follow during his limited practice time.

Once he gets a few bites and gets an idea of what the fish are doing, his map work comes back into play. By looking at the components of the areas he’s had success on, Ike can look back at his maps and expand what is working to other sections of the lake which have similar features.

“That’s exactly what happened at Lake Hartwell,” Iaconelli said. “Once I got dialed in on that deep channel bite, I was able to look at my maps and say there is a place like that here, and another here, and here, and so on. That helps immensely because at Hartwell, I was fishing 30-50 spots a day, and I was only able to find all those spots because of my research.”

We may not all be bass pros and restricted to limited practice time, but we all know about having limited time to fish. So we all want to maximize our limited time on the water.

Spend less time aimlessly looking to collide with fish on a body of water and more time targeting areas with high potential based on research. Put in the time before you hit the water to enjoy more of your time on the water. 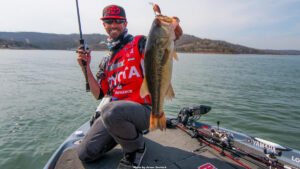