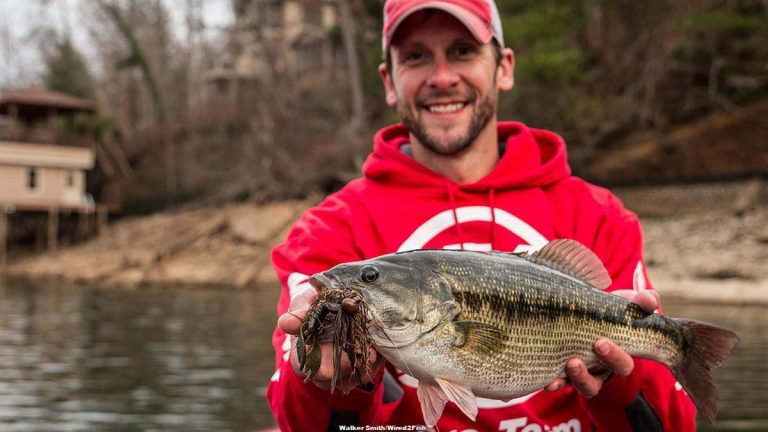 Although much of the country is still dealing with lingering winter weather, make no mistake about it—the prespawn period isn’t too far away. As big female bass slowly make their way from their deep wintering holes to more predictable shallow-water staging areas, anglers are given a unique opportunity to catch loads of giant bass.

Many of us have been taught to “follow” these prespawners throughout their late-winter journey. It’s the ordinary stuff we’re used to reading—find ‘em in their wintertime homes and simply stay on top of them as they make their migration. It sounds great, but it’s often easier said than done.

What if, however, we took an alternate approach and looked at things from a different angle? Instead of working from the outside-in to find early prespawners, why not start your dissection from the inside-out?

That’s exactly what professional angler Patrick Bone does. This strategy offers two primary advantages—it helps him keep these ever-changing bass “honest” while staying ahead of their migration routes.

For most of us, it’s a bit odd to be thinking about spawning grounds in the late-winter months. It’s still cold, a percentage of the bass are still deep and at first glance, it seems like they’re nowhere near that magical time. But according to Bone, identifying suitable spawning grounds is the first ingredient to getting on a rock-solid prespawn pattern.

“In order to locate the bass this time of year, it’s essential to understand and locate prime spawning areas,” Bone said. “We all know they’re eventually going to spawn. That’s not some giant secret. So if you can pinpoint their eventual destination, you’re going to have a much easier time intercepting them during the prespawn period.”

We often fall into the mindset that, if we can find shallow water in the spring, we’ll find the bass. This might be true to an extent, but your odds increase considerably if you’re able to delve a bit deeper into their specific preferences.

After indentifying the most high-percentage spawning areas on a body of water, Bone will begin to work backwards along the bass’ migration routes. Although it’s a different approach compared to many others, this strategy allows him to stay on top of any curve balls the fish might throw his way.

“The majority of anglers are usually behind the fish,” Bone said. “I can’t tell you how many times this used to happen to me—I’d miss out on some of the best action of the year. Throughout the prespawn period, bass can be in 20 feet of water one day and in 3 feet the next, so I prefer to start my dissection in shallow water. The fish may not be there yet, but this keeps ‘em honest. There’s always a chance you can run across a giant wad of shallow fish before anyone else figures it out and when this happens, you’ll have the day of a lifetime.”

If you’ve followed Bone’s guidelines up to this point, you’ve essentially eliminated a great deal of on-the-water legwork and unproductive water without even leaving your house. Instead of spending a full day of haphazardly searching for likely prespawn areas, you’re now able to concentrate on high-percentage areas from the moment you hit the lake.

The third and final step to this process revolves around finding specific, fish-holding cover along the natural funnels represented by these tight contour lines. To simplify things, Bone breaks down late-winter and early spring into two categories—early prespawn, when the water temperatures hover between 48 and 52 degrees and prespawn, when water temperatures rise above the 52-degree mark. 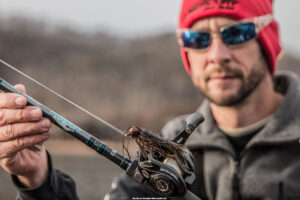 When the weather breaks and you begin targeting prespawn bass, don’t assume that you need to start in the stereotypical areas. If you spend a bit of time doing some map study and finding their eventual spawning destinations, there’s a great chance you might intercept the prespawn mother lode before anyone else finds ‘em.