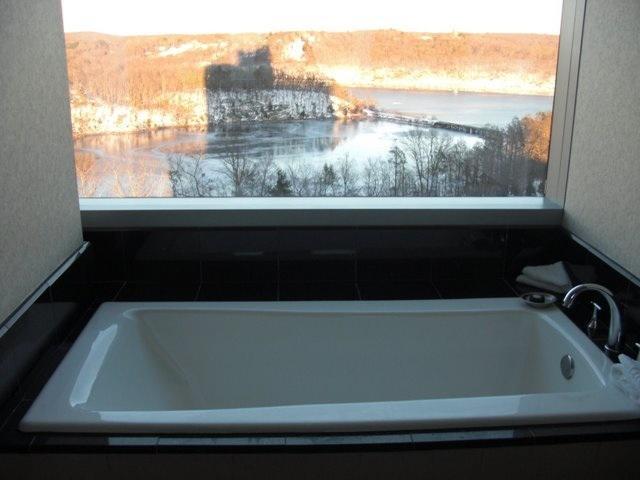 I’m almost outside, the

Not to mention the guy in

the next shower stall singing some Elton John song.

Cold and shakin’ or not.

here in this communal bathhouse thing.

The reason I’m shakin’ and

communal bathin’ is because I’m only 2/3 full hooked up.

I have no place to put the

water though once it goes through the sink â€¦ or you know â€¦ me.

The site I’m parked on has

to a joint where I can hit the flush handle.

isn’t close to that color with all the cold coffee, shampoo , soap, pieces of

spaghetti, a drop or two of Tequila, and a whole bunch of other stuff that goes

it comes out the grey tube.

back in a week and cap the thing. If the

Middle Ages were like this, I’m flabbergasted that there was

But me and the Lizard are

still waiting this communal RV’ing out.

Now you need to know that

just because I grew up in the summer of love, I never got communally unclothed

Most ever happened, took

my sandals off once at a Strawberry Alarm Clock concert. And for the record, I was one of the very few

into English 12 in my senior year at Kenmore West Sr. High School near Buffalo,

So I saw the lines of

hippies on the NYS Thruway; I just wasn’t in it.

Here’s something else I

wasn’t in back then — Communal High School Boys Gym Showers.

I chose to be the stinky

Yeah that’s what I really

friends in the world. Especially the worst ones. We had this one dude, in the

worst category, who I can’t name because I don’t know if he turned into a

the corner here, who couldn’t play any sport if his life depended on it. But by

God, he could nail you with a towel snap from 50 yards behind your arse â€¦ which is

what he always aimed for.

Except me. Me, he did this: right

midway in the snap, right when the wet towel was still curled, he would yell

out “Hey Barone,” and as I would turn, the darn towel would

been had I not turned.

I would crawl off the locker-room floor.

Fast forward through the

flat belly years to theâ€¦.well you knowâ€¦.the Middle Belly Years where you can

in the Sears Catalog.

I’m working at the NBC

affiliate TV station in Pittsburgh, PA. My gig, during the summer, Pittsburgh Steelers Training Camp. So one day my boss, Brian, who I won’t name,

gets this hair brain idea and calls me into his office to tell me about it.

experiences just about everywhere, me being called into a bosses office has

never worked out to well for me. But I

idea. Why don’t you get Media-Man (his real name is Joe but for some reason he

STAY THERE A COUPLE OF DAYS.”

I have no idea how they

got this to happen, but I guess BILL COWHER being in his first year as head

coach was still just only Bill Cowher, and I was the least of his concerns

(probably even more so today).

So me and the Media Man

Camp. And there we lived for a couple of

days in the same dorm as the players. We

â€¦ we showered with them.

Having never been in a

dorm hall, I’m thinking the sign on the wall pointing to “SHOWERS”

professional NFL football players being showered. So I, being stupid, just peal down to my

nakedness and bound around the corner to scrub up â€¦

â€¦ and there stands the

And they be all naked.

All I can say is, if you

yourself don’t happen to be an NFL offensive lineman, well, hmm, ah … you know …

showering issue. Back a couple of years ago, my kids for a Christmas present got

Barb and myself a night over at the Mohegan Sun Casino Resort. They got us a room and

some eating coupons or something.

So Barb and I pack a

But before I go, I call the

already bounced. The kids didn’t, and

the room was a waiting.

So then I told the front

desk person exactly this, “Good, because you know me and the wife are

When we get to the hotel

the front desk, lady does the punching on the keyboard and reads the screen they

never let you read. She then looks up

and says to me, “Well congratulations Mr. and Mrs. Barone.”

I try and hush her up a

look” wives of 30 plus years have perfected.

But as we leave the

Check-In, the lady kills me by saying, “Have a Happy Anniversary.”

All the while up the

elevator Barb is looking at me, and then when we open the door to a huge corner

Master Suite Barb asks, “What exactly did you do?”

So I come almost clean and

say, “I just told them we are celebrating our Anniversary, which I do every

time I look into your eyes. I never said our Anniversary was today.”

Being that, in fact, it was

several months away. Can’t help what the

We kept the room upgrade

So we are in this fancy

room, bigger than our first apartment, and it has this two person bath thing

right in front of a picture window. The

whole hotel is a glass tower, and one of those glass things is right by the

So I tell Barb, don’t

worry, it’s one-way glass. It has to be.

And I get in it, all naked

like, and I’m soaping and conditioning and standing up dancing all around

feeling like the rich Hollywood types. Barb would have none of it.

Next morning, Barb is over

by the sink and hits this one button by mistake, and behind me in the bath tubâ€¦a

before unseen heavy SHADE comes down over the

So now you know the

history of me not doing well with this communal shower thing. I prefer my naked to be on me, and your naked

And the two never lay eyes

Which is why me and the

lizard are staying put until the guy singing in the shower next to me leaves.

But this darn lizard is starting

to do that push up thing.

And I’m not real sure what

Lot Of Shaking Goin’ On.