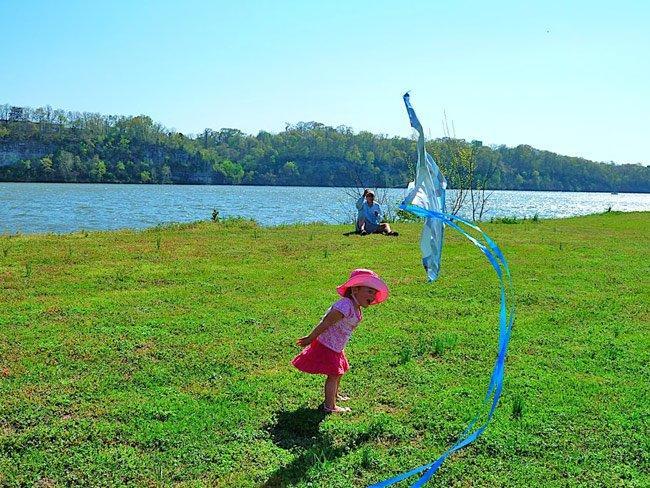 Being different, is a curse.

Worse, being different is lonely.

You become the entertainment; you become the animal in the zoo. Welcome to the Monkey House; swing, scratch, eat a banana, and give them the show they came to see.

Does he think the bars are to keep him in, or them out?

It has been years since I have been to the Buffalo Zoo, but as a kid my parents used to take me there, and back then, the zoo had a monkey house. It was a long hallway with monkeys behind glass on either side.

You would go there, and the kids would all giggle when the monkeys threw poop at the glass. The more the giggles, the more the flinging and the more hooting and hollering from both sides of the glass.

The kids would all squish up against the big metal railing, the parents standing behind them holding the popcorn and corn dogs. “Donnie, stand by the poopy glass let me take your picture with the monkey behind you.”

I didn’t get any popcorn that day, because I didn’t join the crowd. Off to the side sat one lone monkey, watching it all. I remember walking over and looking at him, and with his head down, looking up at me in a submissive way.

All I could do was look at him. Straight in the eyes. Sad eyes on both side of the glass. The monkey would look at me, look over at the hooting and hollering, then slowly the eyes would come back to meet mine.

In 50 years I have never forgot those eyes.

Those are the eyes I write with.

The eyes of the different. And poop still gets tossed this way.

I have never been in the crowd doing the slinging. I have always been the slingee.

The monkey in the corner.

Do not call me an enigma, I am not the mystery. You are. I am not a riddle. You are.

If you are like everybody else, you are just a crowd. To me, that’s a mystery, as to why, blending in, is good. Why you speak their mind, not yours.

All my life I have tried to quiet the Monkey House.

For the sad monkey in the corner.

For those not of the crowd.

For those who never join.

“…whether I find a place in this world or never belong…”

On the grass in front of me sits a man flying a kite.

In his lap sits his two-year-old daughter who is so excited her face is nothing but a smile with eyes. It is, “daddy,” this, “daddy,” that.

And the man sitting in the grass, loves it.

And the man flying the kite is currently in 6th place in the Bassmaster Angler of the Year race.

And the man sitting in the grass flying a Toy Story kite with his two year old daughter jumping around in his lap and arms is doing so, on the first day of practice.

Official practice for the Alabama Charge on Pickwick Lake began hours before; he went out for a little while, but he came back in, to fly a kite.

To know Steve, to understand Steve, you need to know that Steve is of the moment, life for Steve comes one moment at a time.

And every moment counts. Because it’s Steve’s moments, not the crowd’s.

If you want me to do something because you do it, that’s not a valid reason in db-world. Whatever your mold is, it’s not me. And the surprising thing is it’s not arrogance; it’s thinking you should not have a mold in the first place.

Humans weren’t put here to be a species, we were put here to be a circus. To be human is to be the same while being different. To embrace how each and every one of us is whacked in our own way. Civilized chaos.

If we do everything the same, we won’t be here very long.

Steve Kennedy gets that. Let me tell you about the Steve Kennedy I know – things I know you don’t know, but once you do, you will know Steve better.

As I watch him run around, now, with a Barbie kite, I know this, there goes a man trotting across the lawn who only a few months ago fished in the Bassmaster Classic.

And did so with an $8 reel he bought at a Flea Market.

“An old green Curado. I just like the way it fits in my hand, so why change.”

In fact, most of Steve’s reels, and some of his rods, the equipment he uses to compete in the Elite tournaments … are flea market finds. He’s got an $8 flea market rod in the boat right now, and he is using it.

“Why change what works,” Steve says trying to give me an answer to a question before he hears it. A question I didn’t need to ask, because I understand.

I get why Steve, and his wife Julia, search the internet for 1990 Timberland Classic Trekker Chukka shoes, “It’s the only kind of shoe I wear, I just love them, why change.”

Even though the shoes haven’t been made in probably a decade. If it ain’t broke, don’t buy other shoes.

“I have three or four pair we found, and they are still in the box.”

I knew that, didn’t have to ask … you are reading this written by a guy who has four pairs of a certain LL Bean shoe in boxes, in my closet.

Me too, but the numbers begin higher.

I don’t practice, I don’t rewrite, and some say it shows. I don’t care.

I’ll be there when there matters. Come Sunday, give me the ball. Monday through Saturday, you keep it.

I’m not saying that’s right or wrong, if you are a coach, or English 101 teacher, you are probably cringing, but that’s just how I am me.

I only get better, when better is on the line.

Only the moment that counts, counts with me. No past, no future, right now, let’s go.

Which is why when Steve told me that he fishes, “in the moment,” I had to find out what he meant by that. To know that will be to really know Steve.

“db how many times have you heard guys say ‘My fish weren’t there?’ Well that’s because the fish move – for a variety of reasons. So many times, I have found fish in practice only to have them not be there when I came back during the tournament.

“I don’t want to be stuck, locked into something just because it worked before, I want to fish the conditions I get at that exact moment.”

How do you practice for that?

Practice shouldn’t be defined by hours or days, but by confidence, if you don’t have the “it” factor, you could spend a century practicing and never get it.

If you don’t have confidence in yourself, your time on stage will be short.

“…I have more experience on the water than most of the pros out here,” Kennedy said. “…I started fishing with my dad (Van Kennedy, a fishing legend in his own right) when I was just a tiny kid. Dad fished 150 days a year, and I was with him most of those days. In fact, from ages three to five years old, when it came time to take a nap and we were out in the boat, I took a nap in his rod locker or under the console on his boat.”

Rigid. Four or five pairs of the same shoes, same pants, flea market rods and reels. If it ain’t broke …

Changing. Fish the conditions given at the moment they are given. A windy day, fly a kite. If it’s broke …

That right there is the definition of being different.

The crowd keeps going down the same path, over the same cliff.

Different follows no path, except the one it makes.

Different, is, the path.

And those on it can take no other.

Be they scorned, laughed at, or have whispers behind their back.

They have to be the “…me” that they are.

Steve Kennedy, the “…me” who hums the Mary Poppins kite flying song while his daughter, “So-So” giggles in his arms.

Or the child in the Monkey House who watched the lone monkey in the corner.

I’ve Gotta Be Me