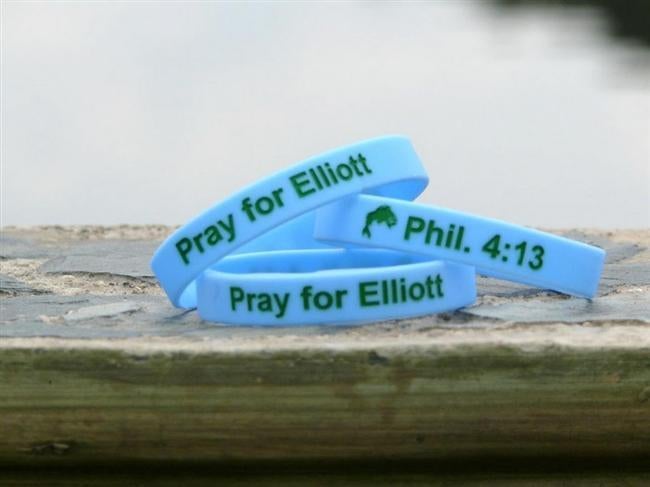 Dateline:  Behind my eyes

Normally, I’d have thrown a song lyric at you above that “Dateline” thing up there, but not today.

Normally I begin these things with three or four words, don’t want to be wasting your time, figure if I ain’t got you in half-dozen or so words, I won’t get you in 15-hundred of them so why waste your time.

I try to give you an escape plan right up front.

Don’t know how you don’t sleep but this is how I don’t get no shut-eye.  I go to bed with earphones stuck in ears, mine, and the Droid on the night stand, turned right side up, and on.

Don’t believe me “¦ the start of this Word document time stamp says 4:12 a.m.

Normally I sleep some, but for awhile now, I’ve had not so good stuff going on both inside and outside of me.

If I was a hard working man in a hard working job, I’d be thinking of filing some papers that would end up with a long future of sitting in a leather recliner.

But writing its own self is pretty much a disability, and I can’t honestly go up to the disability police and tell them I can’t work no more because I can’t think.

Seeing that I’d have to think that one up and they would know I’d be lying that I can’t think no more, because my asking is proof that I still had a thought or two left.

So, I figure I’ll be here until I won’t.

Then disability won’t matter none.

“I grew up in a small American town,

and every time we get knocked down,

we’d get back up, off the mat,

Those lyrics were written by a friend of mine, Rodney Clawson, so if I didn’t get the punctuation right he’ll just be yelling at me through email, instead of the court system.

I have three friends who are songwriters, Rodney of the lyrics up above, Walt Aldrige and Donny Lowery. All of these guys have put words together that will forever bounce around your head in song. Famous songs.

All three of these songwriters write words with calloused hands.  Working men who came to the pen and pencil by the way of a variety of other tools.

Rodney came to song through the crops in the field.

I came to words through the streets of Buffalo.

Rodney knows how to farm.  I don’t, I do know where there are farms though.

Even though I don’t know where his town is, or, whether he has ever been in my small town,  someday I’d like to take him to mine, and then visit his because I’m coming to see that whether we are children of the fields, or children of the concrete.

We are the same.

America between the exits, been knocked down.

America between the exits, getting back up.

America far from the new paved interstates, you coming back.

“… everything I’ve been through

If your parts of America are those you see from the new interstates, or from the chunks of pavement around the potholes up here in the Northeast that we call interstates, you’d be missing something.

If your parts of America are only those 15 minutes of fame the media shows you, you need to know we got more people out here than just a Prince and Princess out there in Las Angeles.

Out here between the exits, we done been busted up.

So get this, I’m laying in bed, thinking about how I’d like to be sleeping, but actually having a huge meeting going on in my head, my wife Barb calls it her 3 a.m. conference call.

My conference calls tend to last all night.

So I’m laying there thinking about all the things I should do but probably won’t, I’ve got Rodney singing in my right ear, the left earphone has fallen out and is either under my pillow, or under Riley, the dog who is now sharing my pillow, and suddenly the green light of email lights up the nightstand.

“We are anticipating 400 kids to attend our event.”

Since I’m not on the Snooty Housewives of Snooty something … I know this isn’t an over the top birthday party … and then it dawns on me who it is from.

Up for the night.

Because the email is from the Missouri Bass Federation Nation Bass Club “¦ the Backlashers.

The Backlashers of Joplin, Mo.

And the “400 kids” are children who have lost everything in the tornado that struck Joplin. Could you sleep after getting that email?

If you can, I’m going to personally drag you off the interstate.

the best is yet to come”

Been busted up, we.

But all you young anglers of Joplin, you need to know this.

America is at its strongest as we are getting up off the mat.

You can knock us down, but you better not be in our way when we start to get back up.

America has been built between the busted ups.

This past 4th of America weekend, the busted up children of the Cullman, Ala., came together at a small town pond.

They left with the magic wands of childhood.

I’m not going to get into to many details, not wanting to be accused of using the media, me, of promoting my own personal crusade of giving children who have lost everything to a violent storm, give them back the peace and serenity of fishing, but if you do say something negative about it, I will drag you out to your own interstate and run over you a few times until you get the point.

In Cullman, there came this young boy who lost everything to the storm.

He came, but he didn’t want anything.

Storms can be anything, can come from anywhere. This storm was coming from Afghanistan where his daddy was stationed.

The young boy told the man about to hand him a brand new fishing rod, “Nope, ain’t going to fish again until I can fish with my daddy.”

And the child walked away.

As the Cullman volunteer is telling me this story, I’m on Delta.com seeing if there are flights to Afghanistan so I can get there, grab this kid’s daddy, and bring him back right now.

“So db I’m watching this child walk around the pond and watch all the other children fish, and I’m about balling.”

I see Delta doesn’t fly into a war zone, but I say nothing.  Can’t.

“… and then I see the boy standing next to one of the BASS Elite guys, he’s watching the Elite guy show some other child how to pitch to some log or something.”

“… and all three of them are laughing and smiling, and then, then the young man turns around and walks up to me …”

And ALL the children went home with magic wands.

Best when we are getting up of the mat.

Young anglers of Joplin, we know you have been knocked down.

Young anglers of Joplin, people all over America, all over the world, they got your back.

They can’t replace everything you lost.

They can’t get your daddy back home.

But they can give you a lake.

But they can give you some big fish.

But they can give you some peace from the storm.

Your magic wands of childhood, are on their way.

From anglers who care about you.

“… and that the good times

Out here between the exits, out here where the national media only do drive-bys, out here is where America starts, and ends.

You may be on Wall Street.

You may be on Rodeo Drive.

But all roads, all interstates lead here.

If these folks don’t get up off the mat, dust themselves off “¦ neither will you.

There are farmers out here with crops that were sucked out of the ground.

There are holes in the ground where small towns used to be.

Small business signs still fall out of trees.  A friend of mine handed me a twisted up and mangled artificial Christmas Tree branch she found in the middle of a road.

Forget these people, might as well forget about your own future.

The Prince and Princess will leave.

Someone will always race for space, blast for the stars.

But back down on earth, back here between the exits, people are still dusting themselves off.

Don’t forget, America has been built out of the dust.

Don’t ever forget, you could be them.  You are them.

Out here between the exits, in Northern Alabama, there is a young 22 year old man, his name is Elliott Malone from Tanner, Ala., who got busted up pretty bad in a car wreck.

Lost both his legs.

The car wreck, his personal storm.

Won’t show you him in his hospital room.  Won’t show you his busted up car.  Will show you the bracelets his friends made for him, cost something like 3 bucks a piece “¦ money that will go to help pay his medical bills.

Another angler on his back.

Another angler dusting himself off, going to be coming back.

Elliott buddy, I know you don’t know me, but I know of busted up legs, I know what it is like to try and pick yourself up off the ground when your wheels don’t work.

But Elliott, there is a magic wand with your name on it.

Next time I’m in Alabama, for the B.A.S.S. All Star week in Wetumpka and Montgomery “¦ I’m going to bring it to you.

Half of it at least.

The other half, you have to come get for yourself.

The other half will be waiting for you on the deck of an Elite angler’s boat.

You dust yourself off.

You get up on those new magic legs they will fit you for.

You get your arse over to a dock where we will be waiting for you – an Elite angler and me.  And I’ll hand you the other half of the magic wand, and I’ll then get off the Bass boat.

And son, you’ll go fishing again with one of the best in the world.

You’ll get away from your own personal storm.

I promise you that.

Because that’s what we do”¦