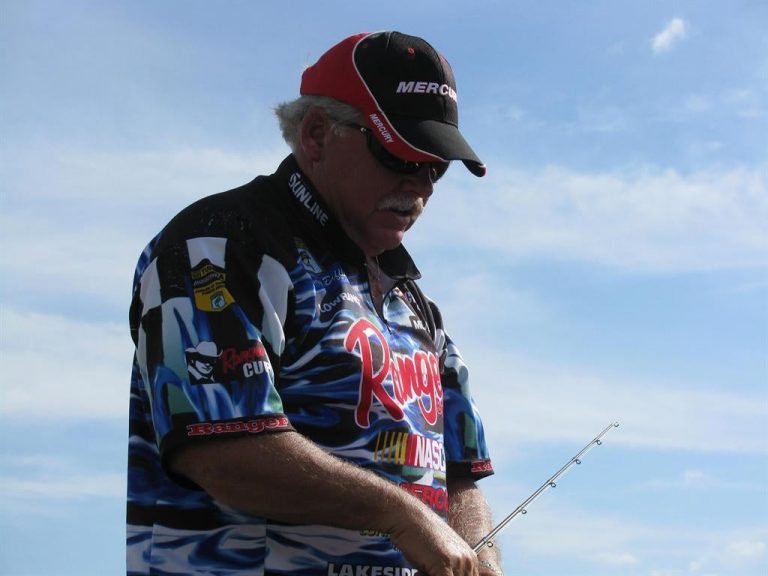 Tommy Biffle is a seasoned veteran of both the BASS Elites and FLW Tour and has been fishing professionally for 24 years. We caught up with him setting up deer stands and setting out food plots in Kansas and talked to him about his fishing and the Top 12 shootout for the BASS Angler of the Year coming up next week. Here is what he had to say.

1. You have not won the AOY or the Bassmaster Classic but have been in the thick of things on numerous occasions. What would it be like to win the AOY this year?

2. You have been at this game for a long time and have a sparkling resume. What does being one of the older guys doing this do for you? Does it help?

“No question I think it helps. There has been a lot of time spent on the water and you can’t replace experience. You also have to be adaptable. When new things come out you had better learn them and then use your experience to get better. I also feel I am much smarter now. You have to be. The anglers who we fish against are the best…the best they have ever been and you had better be on your game if you expect to compete. The technology is so much better its scary. Rods, reels, boats and in particular depth finders have gotten way better.

Yesterday I installed my new Lowrance HDS side imaging and its unbelievable. I have lived on this lake for 40 years and yesterday I found 3 bridges and 2 boats I didn’t know was there. It’s so good it’s almost unfair. It will make a big difference in this shootout deal that is for sure. I am setting up deer stands today but will be on the water this weekend becoming more familiar with it so I am prepared.

I have had some great success on the Alabama River. The last time we were there I finished 3rd but led the first two days. I am ready to go back. By the way, I have never seen Jordan, that will be new water to me.”

3. You are known to most of the fishing world as a flipper and a pitcher. What do you think about that?

“I think you always should fish to your strengths but you have fished with me and know I like to fish topwater and fish deep too.There is a time and a place for both and you had better know when to do what. I really like to flip and pitch but I feel I can do any of it if I need to.

Probably if I had a weakness it would be with spinning gear. I said “had” because I have spent a bunch of time with it to get better. I had to make myself do it because I don’t like it that much but again there is a time and a place where you had better be good with it and I wanted to have it in my arsenal.

4. What do you think about the new BASS format?

“To be honest I think it’s a good deal for more guys. If I was Skeet or Kevin I don’t think I would like it that much. It seems like a bad deal for the guys leading but a good deal for the rest of us. If Kevin or Skeet don’t win I am sure there will be speculation but its the way we are going and I am glad to get the chance at the title. Its definitely different and although I don’t see it bringing more fans to the sport it certainly is getting a lot of attention and that should be good. I think it will definitely get more media exposure for more guys.

I am not sure if I think its the best way to determine the AOY. I guess it depends on who wins. If Kevin or Skeet win it its not that much different.

I have been working on this deal very hard. I have a new bait, the Gene Larew Biffle Bug, that I want to use there and not many of them have been out yet. Larew just got the mold this week so I will have something that none of the other competitors have and that can be good.”

5. What is more important, the mental or the physical part, of fishing?

“I would say its 50-50. You have to be in good shape but you had better be thinking all the time. I am 20 points behind so I will have to be on my game to win this deal.”

6. How is your neck? You had some problems with it at the end of the year.

“I am fine. I went and saw Dr. Paul Detweiler, the same doctor that worked with Denny Brauer and he took good care of me. My neck and back are in great shape and I am ready to go.”