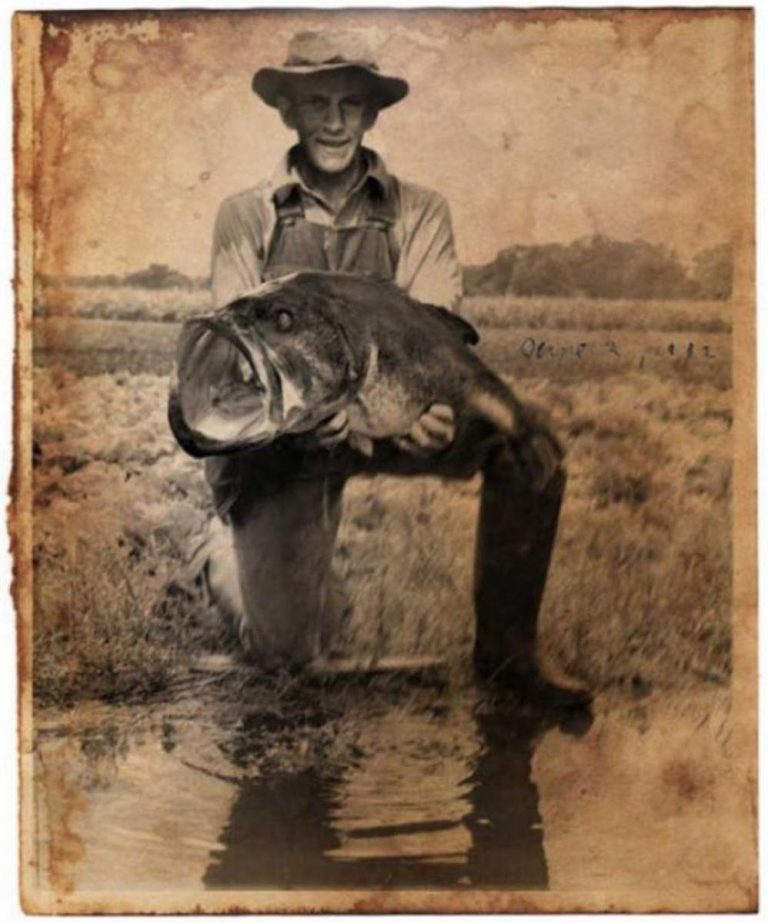 We saw reports come out a week ago about George Perry’s world record largemouth bass “new old photo.” We refrained from posting as news because, well, we were pretty skeptical. We’ve shot and edited hundreds of thousands of digital photos over the last two decades and while we’re not digital forensic scientists, we can recognize a lot of out of place elements in a digital photograph.

The alleged photo above was anonymously emailed to Bill Baab at the Augusta Chronicle a couple weeks ago. Baab is the foremost authority on the Perry bass and wrote the book “Remembering George W. Perry.” The sender identified themselves as a descendant of Jack Page, who was Perry’s fishing buddy and the gentleman believed to have the only other picture of the world record bass that surfaced back in 2006.

However, when Baab attempted to document and get more information on the photo from the sender, the email came back as invalid. Baab is certain the man in the latest photo is Perry. However it’s not known if this is a picture of the actual world record bass. The scribbled date on it would put it at the right time.

Here are 5 reasons why we think this photo, or at least the fish in the photo, has been doctored in a photo editing software like Adobe Photoshop. 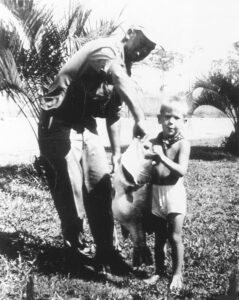 Why would the bass’s mouth be open? That’s our first question. The way a bass’s mouth is hinged, its more natural and relaxed state is mouth semi closed; wide open requires a lot of effort. Can you think of one bass photo you’ve see where the bass’s mouth was open, other than forced open by a hand holding it or a lure and line pulling it open?

There is a remarkable amount of detail on the bass, but even though other parts of the photo are in focus, they don’t show similar amounts of detail. Partially, we’re sure due to age and the ability of film and focus cameras in 1932. But why does the bass have so much more detail when it’s in the same plane of focus?

The plane of focus is dependent on the aperture of the photo. This photo has a fairly narrow depth of field, meaning only things along a certain plane are in focus. There also appears to have been some camera and hand shake in the photo. Notice the top part is in focus around Perry but blurred behind him. But his legs, the ground and the water are somewhat out of focus because of motion blur. However, none of that appears to carry through the photo.

There appears to be some sloppy attempts to blur some of the fish but not all of it. Along the fish’s back and tail, there looks to be some cloning and healing applied to it. Yet the out-of-focus doesn’t quite seem to match other out-of-focus elements in the photo.

A few other things we noticed were, and maybe it’s due to some sort of water spot, but where is the pectoral fin on the bass? Why is the fish’s bottom lip black (read more about melanosis here) in the photo yet there is no black on the bottom lip of the original photo? Did it disappear in transport? We doubt it.

All that considered, we don’t believe this photo to be real. What do you think?