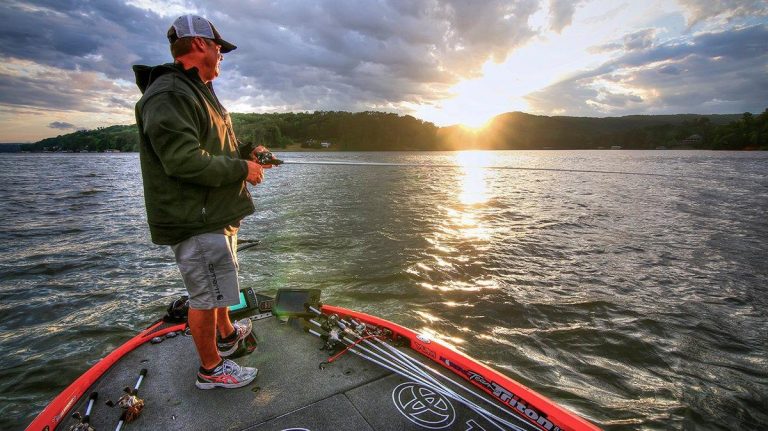 A friend with a guide service on a popular southern reservoir recently asked me if I noticed an increase of guys hauling bass around all day just to get a picture for their Facebook page. His claim was that he believe it was having an impact on the fishing for bass on the lake he fishes and makes his living.

It’s certainly a point worth considering, and something I’ve been pondering myself the past couple of years. Is social media impacting the sanctity that once was fishing? I promise I won’t get preachy, but rather I will introduce points to ponder in your own fishing and share some of the growth I’ve had in my own time on the water lately.

Are we adding unnecessary stress to our own fishing?

I’m a competitive dude. Obviously a lot of other anglers are as well based on the popularity of tournament fishing around the country. I think there is a place for that competition in fishing, but also believe that competitive aspect of it robs anglers of their enjoyment, in many cases, without them even knowing it.

Here’s a scenario: You’ve got a tournament this weekend. You only have one day to get on the water to try to figure out what the fish are doing before that tournament. You’ve already seen a bunch of posts on Facebook. You go and find lots of willing bass biting, but you shake them off or leave an area or spot as soon as you get a bite. You return on tournament day, and catch next to nothing.

You could have had one of the most enjoyable days on the water that practice day. But you avoided it to save it for the tournament. Then come tournament day, you were miserable that day, overly stressed out as the conditions or the fish changed, and you couldn’t make those adjustments on the fly.

Someone figured them out or found a better spot, won and posted it on Facebook for you as a reminder of your self-perceived inadequacies on the water. It happens a lot in fishing. And instead of having two fun days on the water, you’re left with two less than stellar memories on the water. Most of us at some point fish for the release and enjoyment. I’m trying to focus back on that enjoyment aspect and less on the competitive aspect as I get older.

How about another scenario: You scroll through your Facebook or Instagram feeds. Every other post is of guys holding up big bass. You haven’t caught em the last couple of times you’ve been out and the tension is mounting. Are guys going to think less of you because you haven’t been posting pictures of fish? I can answer that for you. No. I promise no one cares that you haven’t been posting fish pictures. Their feeds are full of them. They won’t think less of you.

My dad never took pictures when fishing. He caught a 8 3/4-pound bass in New York. He caught a nearly 11-pound bass on Lake Dardanelle. No record of either fish except a son who was there when he weighed them on a scale. He was a legend in fishing to me, and to this day, still doesn’t have a Facebook account.

The point I’m making is you put pressure on yourself to produce fish, often trying to figure out from a picture what a guy was doing on your home lake to catch them. That, I promise, will not help your fishing and will lead to more dysfunctional days on the water than not.

From my own experience, I’m as guilty as anyone. I fish Kentucky Lake a good bit. I fish around the country a good bit too. I like to think I’m a good angler, while I’m certainly not the best on my home lake or any lake probably for that matter. There are a bunch of very good anglers on this lake alone. But I still feel I have to catch them as good as anyone no matter where I go because of what I do for a living. I mean how could someone trust anything you say if you don’t catch them every time you go.

The fact is, I probably fish less now than I did before I ran Wired2fish. I don’t get to “stay with the fish” like I used to, meaning I’m not on the water enough consecutive days to know when fish transition from one stage to the next through each season. I don’t even have 10 years experience yet on Kentucky Lake and often fish against guys that are 3rd generation anglers here who spend 3-4 days on the water every week to my 1/2 or 1 day a week if I’m lucky.

I put undue pressure on myself all the time which takes me out of my game a lot when I let it happen. I have an obligation to readers to talk and shoot with as many experts or guys who have a real knack for finding bass and other game fish and share what I find with other anglers. Sure I catch plenty of fish through the course of the year, but I find now, the more I pressure myself to produce, the worse I fish.

When I just fish the conditions, apply the right techniques to the situations, it mostly works out in my favor. And I’ve learned when the bite is hot or when I find a solid pattern, to get as much new tackle in my boat that fits those scenarios and conditions and give them thorough tests in fair test environments. 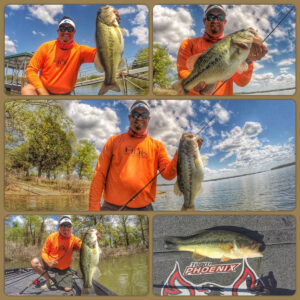 Are we adding unnecessary pressure to the fishery?

It’s an interesting discussion to think social media could actually be affecting the fishing on a body of water. I think it certainly could in certain situations and definitely on certain bodies of water. I think at the very least, it could make fishing a lot tougher at times than it would have been otherwise.

Here’s another scenario: On a popular lake, guys are catching lots of big bass up shallow in the spring. They aren’t necessarily sight fishing, but it’s a foregone conclusion that a lot of the bass are spawning. They are keeping all the big ones they caught in the livewell. They run around the lake all day catching them, having the day of their life. Then finally, at the end of the day, they each pull out 2-4 bass and hold them up for a picture of their mega-catch.

On certain lakes in the spring, there are hundreds of guys running around doing this. I have been just as guilty at some point as well. Again just putting it out there for discussion and thoughts. I believe a growing number of anglers believe, if they aren’t holding up multiple big fish, no one will believe they are great anglers. All I ever wanted was to be considered a good angler among my peers. But I don’t believe anyone thinks I’m a better angler because I hold up 4 bass instead of one at a time for a picture.

In recent years, I’ve made a practice of avoiding multi-fish photos except on rare occasions in cooler waters, when we are catching multiple fish in rapid succession off of a single spot. Even then we shoot photos rapidly in burst and release the fish as soon as we get them up and shot.

I’m all about capturing memories in the outdoorsâ€”a hunt, a sunrise, a sunset, wildlife, and great trips on the water. I love taking pictures of fish and anglers catching fish. Capturing that perfect jump shot still gets me excited. And grip and grins of big fish are great for the memory books.

As an alternative to holding up multiple bass, however, take a look at the multiple fish photo collage at the top. There are tons of good apps on our smartphones now that can take 1-8 photos and put them in a collage for you. I had a great couple of days on the water this spring when the fish moved shallow just before the spawn. I knew the fish were in a vulnerable state. Some may have already been on beds I couldn’t see, and I even got to sight fish a little, which is rare on Kentucky Lake.

So I was quick to shoot a photo, unhook the fish and get it back in the lake, quickly. I keep a camera mounted, ready to shoot a burst of photos anytime I catch fish. I think with a buddy or a smart phone, there is no reason to haul a bass around in a livewell just for photos. Especially around the spawn or into the summer months when riding in a livewell is pretty hard on the bass. I actually like the idea of photo tournaments and live release tournaments like Major League Fishing and the Toyota Texas Fest event for this reason.

I think the more we move fish around, the more we change the fishing on a body of water. If word gets out on a small body of water in the summer, and everyone starts pounding it, carrying bass around all day in hot livewells and showing off their catch on social media, we run the risk of putting a dent in smaller populations for the sake of keeping up with the Joneses so to speak.

I have anglers in many different countries that I get to talk to regularly because of social media. I have met and expanded my network of fishing friends and contacts because of social media. Now I can bounce ideas of a guy three lakes over from me and see what his fish are doing now that mine might be doing in 3 weeks. I’ve met and made friends with anglers I would have never met otherwise.

Social media has grown the popularity of everything, including fishing, like wildfire. I’m a pretty reserved and quiet natured guy. So having to put up what I’m doing every day on the water or otherwise, goes against my nature somewhat. Maybe it’s what prompted me to think about what I was doing with social media and fishing.

I’m certainly not going to quit posting fishing pictures. And, I’m certainly not suggesting that you do that. I rather enjoy looking at all your photos of fish. It motivates me to keep working hard at learning how to catch more and bigger fish. But I also want you to still enjoy the purity and release that is fishing. I want us all to be able to enjoy it. As our fishing community evolves, we should consider things that impact our own enjoyment and the enjoyment of others on the water.