In December of 2017, I challenged a circle of fishing buddies to see if one of us in the group could catch a fish each and every week of 2018. Where the idea came from is beyond me. New Year’s Day was a Monday so we decided each week would end on Sunday. Looking back now it all seems pretty darn brilliant.

There were many times we were able to say to our wives, “honey, I have to go fishing. The guys need me. No one has caught anything yet.”

Indeed, it resulted in many extra fishing trips for most of us. There was also an added sense of accomplishment for “helping out the team” when a fish was caught and posted to the GroupMe. Photographic evidence was required.

Added bonuses of the fishing challenge 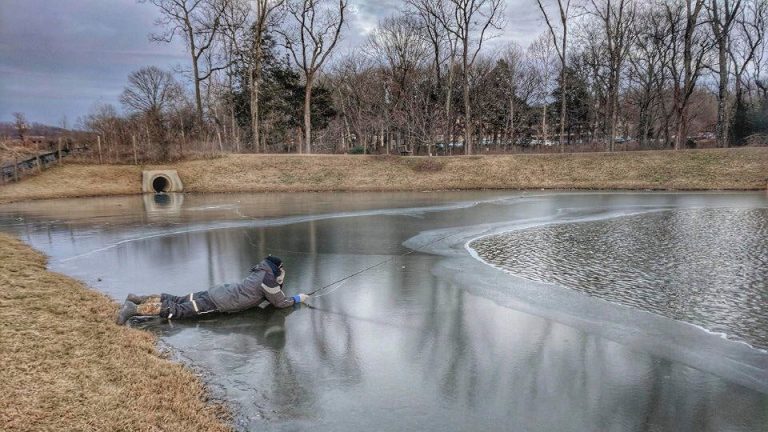 The challenge got off to a very rocky, yet telling start.

Week one was the coldest weather in recent memory. Most ponds and small lakes were iced over, and the big lake in our area had ice on the ramps and all along the bank. I consulted a friend who fishes ponds and streams frequently. I would normally not have even thought about fishing that week in the past — bonus trip No. 1.

We hit a stream that was flowing free of ice. We zeroed there and then hit a pond with two fountains that kept it from freezing up. Zero. The ice at the edge was nearly 4 inches thick. We had no fish with one day left in the week.

Who came come up with this idea? That was quickly becoming a popular sentiment.

The predicament was discussed thoroughly at church Sunday morning. Rick and Mike decided to try and bust the ice on the lake and launch a boat. We kept close tabs with our phones. The first fish of the year flashed across the screen that afternoon — a bluegill. They caught it while crappie fishing, and ended up catching a mess of crappie too. Bonus trip No. 2 already in the books in the first week.

The challenge was paying immediate dividends.

At some point during the year the term “quota” was created. Catch the first fish of the week and you “met the quota.”

A few more crappie trips got us through the next couple weeks. At the end of January, I took the trip of a lifetime to El Salto with a crew from Mustad. The quota-maker that week was my personal-best largemouth, and it was a lot of fun to post that week.

February warmed up a tad, so bass were biting in Tennessee by then. March was full of crappie, bass, and even a few trout. Some spring and fall break trips to the beach allowed for snapper, redfish and speckled trout to punch unique quota tickets.

We had a couple other close-calls during the year. Typically, a group message would go out about who was planning to fish that week and where. All of us have kids, so plans can change from time to time and a planned trip might get derailed unexpectedly. That very scenario unfolded one weekend.

For some reason, on Sunday afternoon about dark, while it was raining and 40 degrees, we realized no fish had been posted. A mad dash by a couple of us to a local stream and a pond resulted in some last-minute bluegill captures. Crisis averted.

We didn’t get too much into tracking how many different species we caught or tallying catch numbers or even who caught them. We may add some of that this year.

We did, however, catch fish from New York to Texas, and Mexico to Montana.

The true power of our new fishing fellowship

As mentioned, the reason for the challenge wasn’t really obvious to us at the start. By all accounts, the group was enjoying the challenge and spending more quality time fishing together. There are so many things that draw us away from relationships and time on the water nowadays. It wasn’t until October when the true impact of the group was really felt.

On the morning of October 7, 2018, Mike received the news a parent never wants to hear. We were all at church when the word came. His 16-year-old son Lucas had passed away early that morning. Lucas and Mike had shared many good days together on the water. He loved to fish, although a promising football career took most of their focus once high school was in full-swing.

Lucas’ death hit us all very hard. It’s difficult to know what to really say about it except that the feeling of loss isn’t going away. I choked up each time I tried to write this part of the story. I really enjoyed seeing my brothers catching fish but it paled in comparison to seeing guys step up and be there for each other through this tragedy.

We managed to keep up the streak the week of Lucas’ passing. Like when my father and fishing mentor passed away years ago, the healing powers of fishing always seem to reveal themselves. True healing comes from above though. The Bible says “God will wipe away every tear. There will be no more death or sorrow or crying or pain. All these things are gone forever.” 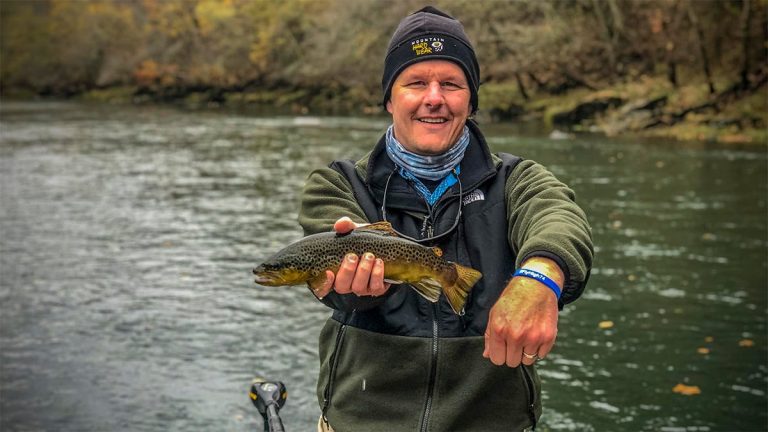 We had on our eighth-annual guys’ trout trip in November. It was far-and-away the best we’ve had thanks to the hospitality of Jeff Smith with Trout Magnet and Allan Ranson of Strike King, who graciously let us use his cabin on the Little Red River. It was a small glimpse of what might be ahead and a terrific time for reflection and healing.

Trout were the key species in November and December thanks to the TWRA stocking program. Our final fish were some stocker rainbows caught by Zack and Mike. It was a fitting end to a memorable year. We made it a perfect 52 for 52, which made us all happy with a real sense of accomplishment centered around fishing.

Looking back on it, however, I realized this challenge came about for higher reasons. God sure moves in mysterious ways.

If you think your group of buddies might like to take this challenge, I have some additional observations I would be willing to share. You can find me on Facebook or email me at jd@profishingmanagement.com, and I will be glad to send them to you.

Mike and Lucas sharing a boat earlier this year 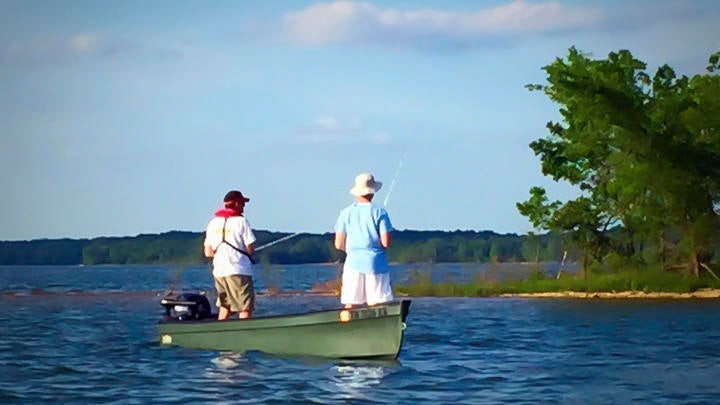