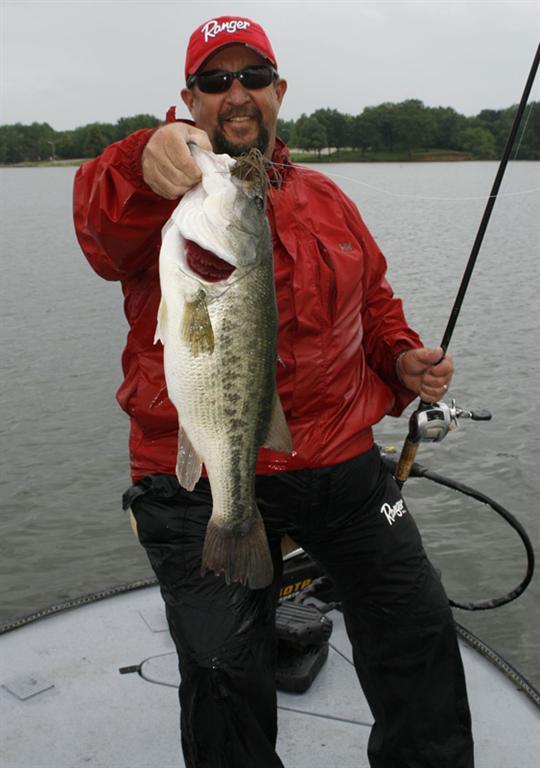 Being an old salt has its advantages. Experience is a plus, and over the years, the old dog does get the biggest bone now and again. Learning and then remembering … that is the key. Not being afraid to test new waters often has the ingredients for success.

Most of my life I have fished. Believe it or not, I was once an athlete. Competed at a very high level in both baseball and basketball and got to cover a lot of ground as a result. Got to see and do things that were pretty special. My knees are shot, and I ache in places I never did before. Yet I am still a competitor. One time, after my college ball days, I even thought about fishing the BASS Tour. I had a new son, and to be honest, I didn’t know if I was good enough. I had fished against guys like Shaw Grigsby – wow what a stick, Manual Spencer – a Florida Legend, Jim Bitter, Peter T and a whole bunch of other guys who could have easily made it in the pro game but too decided against it for one reason of another. Rest assured, there is and will always be a question in my mind “¦ what if?

Back then, you fished in a paired environment and a “marshal” was someone named Dillon. You fished in the boat with another pro, and the competition was ruthless at times. No imaginary lines from front to the back of the boat; just two competitors, shoulder to shoulder, angler against angler, each casting to the same target. You had to be good, and you had to be smart. Boat position meant something and the strategy inside the boat was critical. Knowing where to find a brushpile or stump and making a cast the guy next to you couldn’t make was part of it. In pool there is a game called “Screw your Buddy,” and buddy that was the name of the game in fishing. You had to be slick and the best were the slickest. It was close to criminal at the time. Just ask an old pro, and they will tell you some great stories about those days.

I learned a bunch then. Things I still use now when I am on the water. It may be kinder and gentler times now with co-anglers who can’t cast forward of the center of the boat, but rest assured, the things I learned from those experiences play today for me.

In my book there are five stages in an angler’s life.

Stage 1 is to catch fish, any fish. Size doesn’t matter and neither does the species. That stage didn’t last long for me. I like fishing, but catching was and is way more important. Being an athlete in a prior life made it so I wanted to get better, and I wanted to compete. I never liked live bait, never trolled and wanted skill to overcome luck. I hate luck and really don’t believe in it much.

Stage 2 is competing, starting at the local club level and proving your worth. Can you compete with the local studs or do you donate to their next boat purchase? I did both but without being in the game, it’s all a bunch of stories. Lots of guys who are good sticks never get involved in this stage. They go to the lake during the week when no one is there, talk about all the big ones they have caught, and maybe take a few photos just to prove they actually did catch one. We have a bunch of those guys in my area. I always ask them why they don’t compete and even though their answers vary it ultimately comes down to ego. More on ego in stage 3. Being able to compete on the water in a limited timeframe with the local hammers takes guts and some have it and some don’t.

Stage 3 is about winning. A little success can make more success. Sponsorship is important and your fishing resume gets more time than your work one. Every week at work is about Saturday and Sunday on the lake. You go to work to be able to fish and your income subsidizes your habit. Tackle is a macho deal, and the more you have, the better you think you will be. That hasn’t changed much for me as I am a tackle junkie. I want to touch, feel and test every new product that hits the market. I want to get better so I can whip up on the gang on the weekend. I still look for an edge.

A bad side effect in stage 3 can be ego. A little success can turn ugly. You start to believe you are good and a few bad tournaments mean a better group of excuses — too hot, too cold, too windy, my boat broke down — all justification for failure. Those with small egos rebound quicker and are also better to be around. Ever meet someone with a huge ego? Not my kind of people.

Stage 3 does have some good parts. Winning creates confidence. It also is a mind set. Winning once is neat but winning more and more is even better. Winning turns into more wins and as long as ego doesn’t set in, it can drive you. Sharper hooks, better gear, reading and learning more and most importantly sharing are all critical to stage three anglers. Other anglers want to talk to you, novices want to fish with you and it’s an obligation to share what you know. Sponsors love it and they sell product as a result.

Another important facet of stage 5 is giving back. Take a kid or your neighbor fishing. Show them the ropes. Don’t be afraid of spending time with someone who is hungry to learn more and have that time be about them versus you. The rewards are great and you will make a friend for life.

Here at Wired2Fish, I get to live fishing (see one example of a fun fishing trip to Lake Guntersville).

When I worked in the corporate world, all I did was think about fishing. Today it’s my job. Cool deal and most definitely the best job in the world. I am still a tackle junkie, and I love this sport. My goals are to teach others, tell the truth and report about things that will help others catch more fish. It’s pretty simple, but it’s more than that. It’s my obligation. We want to tell you about the people, the products and the fish. We hope you like what we do.

Thanks to all of you for reading Wired2Fish and thanks to our advertisers for believing in us. We will continue to do our best. No matter what stage you are in we will continue to provide information you can use.

Thanks for stopping by.