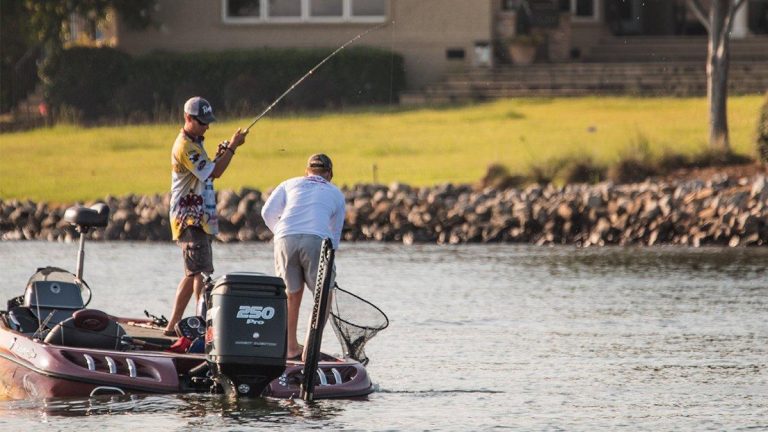 Just a few weeks ago, FLW announced that the FLW Tour would no longer have co-anglers. This is at the Tour level only and the uproar was loud, and at times, pretty darn angry. Of course, the most vocal was the co-angler community that helped support FLW for 30-plus years at that level. Many felt it was a stab in the back and flew against everything that FLW stood for in the angling community.

It has been a very heated topic for the last few weeks and to be quite honest, I see both sides. I took a few weeks and gathered my thoughts about the issue and I wanted to share them with everyone. This isn’t meant to ruffle any feathersâ€”this is strictly my opinion, from the outside looking in.

With over 30 years of having a co-angler in the boat, FLW has done a superb job of creating opportunities for those who fish from the back of the boat. Those opportunities will most certainly continue in the Costa series and the BFL tournamentsâ€”just not at the FLW Tour.

Fans want to be able to compare anglers from both the FLW and B.A.S.S. top trails and with co-anglers in the FLW Tour, it was an apples-to-oranges comparison. This change directly addresses that issue.

I can see the perspective of the co-angler, too. He or she wants to fish at the top level, but may not have a boat or the financial means. Co-angling gives them the ability to fish with fewer expenses, such as insurance and boat maintenance costs. That makes perfect sense. A lot of pros currently fishing have started from the rear of the boat and I don’t see that changing moving forward. Aspirations to fish the front with qualification through the lower tiers still allow for that.

This recent change, however, allows the FLW Tour to be looked at as an equal to the Elite Series on the top level.

Let’s take a look at the reasoning behind this move. First, the pros have asked for it for years. Most have no issues with the co-angler, but it’s rather a competitive thing between FLW and B.A.S.S. at the top level. This leveled the proverbial playing field.

And although this is a topic for another column, scheduling between the leagues so pros can fish both trails should also be the next priority. It’s tough to make a living with only 8 or 9 tournaments. We need both FLW and B.A.S.S. to have a top level and honestly, it would serve them well to work together for the betterment of the sport. A Super Bowl of the best of FLW and the best of B.A.S.S. could result if they did and that would be great for the entire sport. Hopefully cooler minds will prevail.

I feel the rule change is a great thing for the FLW Tour. It levels FLW’s top tour with the top tour at B.A.S.S. and essentially, both tours are now playing from the same deck of cards. It’s a big picture thing.

I do understand the hurt feelings and the angst that the co-anglers felt with this announcement. Realistically, the term “pro co-angler” was coined out of this league and the Tour division. Numerous co-anglers have made good livings fishing out of the back of the boat and have helped others learn how to fish more effectively in the back seat as a result.

It isn’t easy even pleasure fishing with a buddy out of the back, let alone fishing against some of the best in the business back there with dollars on the line.

I’ve always said there is a special place in Heaven for bank fishermen and co-anglers. While it has served both communities well for years, it was simply time for the change and I believe ultimately it will be better for the co-anglers, too. Some co-anglers on the fence about going to the front of boat will now have to make that jump or fish at the Triple-A level out of the back.

This issue definitely has two distinct sides. One side is about growing the sport and getting more anglers engaged. The other side is about allowing those who have qualified to fish in the front the ability to not have their catch affected, either adversely or positively, by a co-angler.

The FLW co-anglers are, for the most part, darn good anglersâ€”they were at B.A.S.S. too. I would say that many of those at the top of co-angler game could compete equally well in the front of the boat.

When B.A.S.S. made the decision to use marshals there was a groundswell there, too. It has worked out well and I believe it will at FLW given the chance. It’s important to note that very few co-anglers on the FLW Tour are fishing there to learnâ€”they are fishing there to win. Being able to fish with the likes of Scott Martin, Andy Morgan or Clark Wendlandt may be cool, but these dudes are sticks and are there to compete. They are there to fish for the dough and most, if honest, would agree they really don’t give a hoot about learning from the pro.

They are there to compete. For almost 30 years they did and did it well.

I am an old-school fan and from strictly a fan’s perspective I want the top level to compete against the fish head-to-head. Too many times, both good and bad, the co-angler could impact the results.

I want to be clear here: The pro should be the person that determines his place in each tournament. The co-angler should not have any influence in that outcome. Again, this is only at the top level of the FLW Tour; it’s only 8 events.

Both leagues are competing for media attention and growth and so far, more of the top level pros have moved to B.A.S.S.. I don’t know of any pros who fished the Elite Series and were at the top of their game that moved to FLW. Some did at the creation of the Elite Series but none have recently. I wonder if we might see a few with this rule change. Time will tell.

From one perspective, the co-angler could influence the outcome by being a second set of eyes and another person who may have practiced, thus lending access to a pattern or location. I would bet that there are a lot of pros who have benefitted from both a technique and location presented by the co-angler. Choice of technique and/or pattern should be solely based on the pro and not influenced by the angler riding with them. Elimination of the co-angler in the boat eliminates that possibility.

The co-angler could also impact the outcome by casting at a missed fish or a stump, that if alone, the pro would have thoroughly fished. Having the co-angler competing in the boat can be contentious and I have hundreds first-hand stories from both pros and cos about that very thing.

Pros are left to fish how they want with this new format. If they are successful, they did it themselves. If they fail, they only have themselves to blame.

Heaven forbid a co-angler knocks off a fish with the net or breaks something in the boat during a day of fishing. Even under the old rules, pros should have been netting their own fish. The large majority of co-anglers are respectful and great at netting fish, but they have negatively affected the pro anglers in the past.

Let’s give it time

I sure would like to see the longtime FLW co-anglers thank FLW for all the years of opportunity at the top level. More money, more championships and more aspiring young people are coming and as hard as this pill is to swallow now, it may benefit the entire sport moving forward.

The game is forever changing and this change may need tweaks along the way. I would hope all those who have supported FLW will continue to do so and help them build a quality trail or two that feeds the Tour moving forward.

The best should be the best at the topâ€”no matter what league they fish. Aside from the hurt feelings, I think this is a good step for our sport and for the fans. Giving it a chance will prove if that is the case or not. Time will tell.