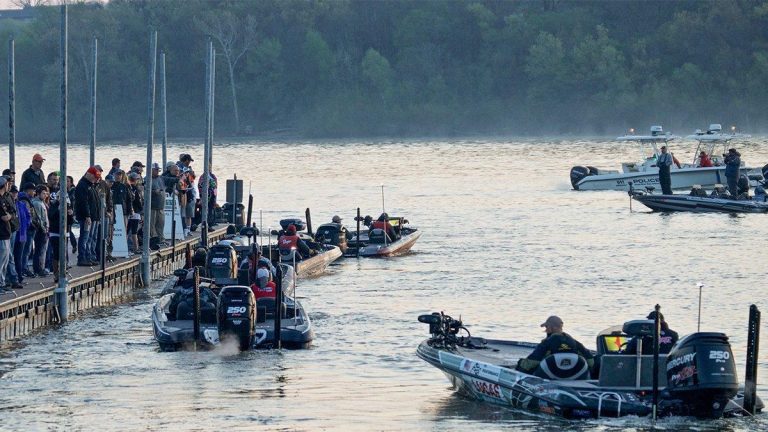 Professional bass fishing experienced quite the shake up this Septemeber when Major League Fishing (MLF) announced a brand new pro-level tournament trail â€“ The Bass Pro Tour (BPT). Many of the industry’s top-performing and most popular professional anglers we were used to seeing on the Bassmaster Elite Series or FLW Tour made the switch and will be competing under the BPT banner in 2019.

Heightened payouts, more live streaming content and the most TV coverage competitive fishing has ever received incentivized the 80-angler field to join MLF. The difference in name is not the only change, however. Anglers fishing the BPT will follow a rule set similar to past MLF events. From my understanding, every bass weighing 1 pound or more is added to an angler’s cumulative weight. There are currently no five-fish limits in BPT tournaments; instead every bass counts throughout a competition day.

We talked to three former Bassmaster Elite Series standouts to gauge how they would approach the MLF format differently than the five-heaviest-bass standard they are accustomed to. 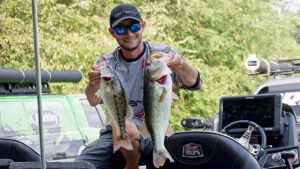 Since Jordan Lee burst onto the competitive bass fishing scene, he has been a special angler. Whether it was regional events around Lake Guntersville, Carhartt College B.A.S.S. competition or at the Bassmaster Elite Series level, Lee has excelled. This consistent success, however, has been founded on catching the heaviest five-fish limit he could each day. Lee has only one year (2017) of MLF experience, but his short glimpse into this format gave him an idea of what to expect on the Bass Pro Tour.

“The thing about MLF is you can’t afford to have any downtime,” Lee said. “In the typical best-five format, it’s not a big deal to go an hour or two without a bite as long as you are catching quality fish. In the MLF format, you need to consistently and regularly get bites. That’s definitely different than what I’m used to.”

Lee was quick to deject the notion he would change his preparation or how he breaks down a lake. Lee is not going to put away his favorite topwaters and exclusively fish with small grubs or beetle-spins trying to catch small bass. Instead, Lee is more concerned with how he approaches the mental side of competition under the BPT format as opposed to his mechanics.

“Momentum is everything in MLF competition,” Lee explained. “Momentum is always important in fishing, but when you get an update every time a bass is caught, momentum has a whole new meaning. I found out last year knowing what other anglers are catching really affects the way I fish. It’s much easier to spin out, so I’m really working on beefing up the mental side of my game this fall. Focusing on the next bite as opposed to what other anglers are doing.”

Gerald Swindle has made well over $2,000,000 with a fishing rod throughout his illustrious career. Almost all of his winnings were made bringing the a five-fish limit to the scales. But tweaking the format slightly doesn’t make Swindle nervous. The two-time Bassmaster Angler of the Year is one of the best junk fishermen on the planet and is confident in his abilities no matter the rule set.

“Mechanically, I’m not going to change one particular thing,” Swindle said. “My style kind of caters to the catch-all-you-can-catch format. I’ll just go out there and fish the way I always have.”

Swindle is a proven veteran in the bass fishing world. He has competed and been successful under every major tournament organization in his 24 years as a professional angler; including two years of MLF experience. Swindle’s maturity as a competitor helped him pick up on a few key details that will factor into his preparation other anglers might miss.

“All the concentration breaks are the biggest change with the BPT,” Swindle said. “People think because I’m funny on stage that I carry on in the boat; but it’s not that way. I’m all business during a tournament. With this exciting new format you’ve got a cameraman running around, a camera boat behind you and an official shouting score tracker updates at you. It’s freakin’ chaos!

“So honestly, I’m going to incorporate more interruptions in my ‘fun fishing’ trips,” Swindle explained. “I’ll keep my dog in the boat with me, or take buddies fishing more often, and tell LuLu (his wife LeAnn) to call me a few times a day just to break my concentration. Learning to stay focused on fishing while you’ve got distractions going on around you is a skill in and of itself.”

Jesse Wiggins made a name for himself on Smith Lake in Alabama winning countless jackpot tournaments before ultimately winning a Bassmaster Open on Smith Lake which propelled him to a successful two-year campaign on the Bassmaster Elite Series in 2017-2018. Wiggins is coming into BPT competition completely blind to the format. While he has watched the show many times, Wiggins has never competed in a tournament under the MLF rule set.

“The key in these tournaments seems to be figuring out ways to get bites while fishing as fast as possible,” Wiggins said. “That doesn’t necessarily mean fishing fast, like a reaction style bait exclusively, you just have to be confident in what you are doing. Gone are the days of shaking off individual fish in practice and relying on that as a game plan for the tournament. That works when you only have to catch five fish a day, but I don’t think you’ll be able to survive on the BPT with that mindset.”

Showing wisdom beyond his years, Wiggins trusts what he knows, but also understands there is a lot he doesn’t know about this format yet. Wiggins is upbeat because at the end of the day it’s still bass fishing. Whether he is fishing for the biggest bass in the lake or trying to catch 100 bass in a day Wiggins said his approach typically stays the same. He employs lures and techniques he believes in and lets the fish tell him how to adapt throughout the day.

“The best thing I know to do going into a new format is fish with what I have the most confidence in,” Wiggins said. “I’ll always have a shakin’ head with a Zoom Trick Worm and a Jenko CD Squared squarebill crankbait tied on because I know they get bites anywhere. I’ll do my best to catch numbers of fish while targeting a big bite or two in the process. To be honest that’s how I’ve always approached tournament fishing, so the MLF rules somewhat play into my style.”

While it’s obvious the anglers are a little anxious about competing under an unfamiliar rule set and a new organization in the Bass Pro Tour, their excitement for a fresh look is easily distinguishable, too. All three pros expressed how much they were looking forward to kicking competition off in 2019. Swindle, perhaps, summed it up best.

“Man I’m excited for the new format,” Swindle said. “Under the Major League Fishing rules, every fish counts. That format takes me back to my roots. When I go fishing with a buddy, whether it was 20 years ago or today, it’s always bragging rights for first fish, most fish and biggest fish. Every fish has always counted in my boat.”