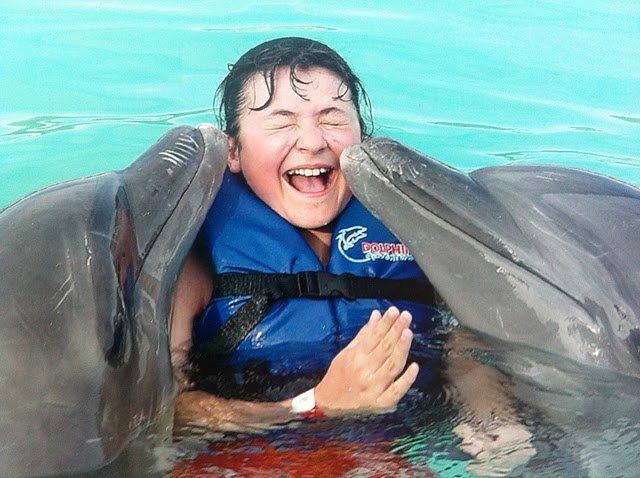 Dateline:   The sands of Las Vegas

Have you ever stood on the horizon?

Ever pinched a mountain between your thumb and forefinger?   Ever drew on the sky, found pictures in the clouds.

Sat in the here while dreaming of the there.

As a child I traveled by means of the swing set.   On Saturdays I would walk down to the town park, and wait for my turn on the half rubber tire and chains.   Then I would be all legs.

I would walk backwards as far as I could, rise up on my tippy-toes, and launch.   Legs straight out in front of me, fingers in-between the chains, back straight, head pointed to the ground. I became an arrow climbing into the sky.

Over and over, I would pull the chains, pump, and shoot into the sky.

And then I would let go.

Feet first aimed at the clouds.   And then my body would arch and my head would start its swing upwards, and for just a moment my eyes would be filled with sky.

At eight years old it was the most exciting moment of my life.   My time in the sky.

When I was in the park alone, positive no one was around, I would cup both my hands, and slightly start flapping my arms.

I wanted to be a child of the sky.

Wanted to stay in the sky as long as I could.   Float with the birds, hover with the clouds.

Because in school, in science class we learned of space, of the universe, of the earth, from a big globe held in a golden sphere.   And if I was lucky enough to be the last kid out of class, stalled enough putting on my coat and boots, I would walk out of the coatroom, up the aisle between the last row of desks and the windows, turn right and walk by the teacher’s desk,   and the little table next to it with the inbox for our homework, and sneak up on the globe.

Glance around the room one last time, listen for noise in the hall, and when I was sure I was as alone as you can be in a public world, I gave the earth a spin.

And with the same light touch I now use to scroll through my iPod, I kept my finger on the earth, felt the world go by, and memorized every crease bump where the world was glued together.

Held my breath.   Until it stopped.

And then I would look down.

As a child who never wanted to be in the here.

As a child who always wanted to be in the there.

I learned geography by wishing for the there.

My classmates learned of the world through homework, my lessons came from a spinning globe beneath my fingertips.

And the town swing set.

Because in that moment when the sky filled my eyes, right before my head snapped around, with my cupped hands and arms flapping, I imagined the world spinning fast below me.

And if I could just stay in the air long enough.

Between swing and sky, when I touched down, I would land somewhere else.

If the world below me spun fast enough.

If I could stay in the sky long enough.

It wouldn’t be here.

It would be there.

And any there, was fine with me.

I have no sense of, Place.

I can answer, where I’m from, easier than I can answer where I am.   I have, From, down pat.

I always want to be not where I’m at.

If Barb and my kids are with me, I don’t need, Place.   Don’t need geography.   Or street and zip codes.

Which is why when Lili told me she wanted to study fish, I didn’t question it because as she talked at the diner table, all I heard was the spin of the globe.   Felt the glued plastic seams of earth under my finger.

As a child of the desert, spoke of the ocean.

Talked of the there, while seated in the here.

And my fingers once again held onto the chains of the swing set.

From Sand to Sea

I’m in Las Vegas.   July.   For ICAST, a convention shindig for all things fishing related.

Dry heat, they say, while hoping you believe it is better to live in an oven, than a sauna.

Throughout the years I have been coming to and leaving Las Vegas dozens of times.   I think of it as Fresno on neon steroids.

Many, many years ago I came into town to do some sort of mob story, and met up with a young guy who was just starting out in the TV production end of the Biz.

Rich had a rented storefront and several mortgages on the latest in TV camera and editing stuff, an almost quiet sound stage and a couple of minivans with the name, CoverEdge glued on the side.

Rich worked 24/7, and then some, he was the Rainman with an RCA video camera on his shoulder.

Rich was always chasing the there.

We became instant buds.   We talked as if we were a crowd, dozens of disjointed conversations put on by just the two of us, we talked of Place, while not being in it, we spun as the world stood motionless.

A few years ago, Rich married a lady named, Liz, another instant friendship, my wife Barb, who just met Liz told me “it was like finding a long lost friend,” that’s the kind of lady Liz is, you have known her all your life even if you have never met.

And with Liz, came Lili.

And with Lili came the greatest present Rich ever got”¦a sense of Place.

Suddenly, Place mattered, if Liz and Lili were in it.

Up until ICAST I had only heard of Lili, never met her but wondered, how Rich would get along with a teenage step-daughter.   How Rich would react to, Place.

By dessert that night, I had my answer.

Both chase the clouds and dream of standing on the horizon.   Adventure in their voice, discovery in their soul.

At diner I caught up with the doings going on in Rich and Liz’s life, the comings and goings of family and the Biz of CoverEdge.

As Lili sat politely.   All best-manner-like.   At the same time both close and distant.   Elevator music eating a salad.

Between coffee and cheesecake I asked Lili the typical involve the kid in the conversation question, “So, what do you want to be when you are grown up”¦you know more grown up than you are of course now which is very grown up for not being grown up.”

Only her eyes moved.   Only her eyes acknowledged me as the fork in her hand played with the crumbs of cheesecake.

“A Marine Biologist,” was all she said.

The cheesecake crumbs were all matted on the backside of the fork as her eyes once again moved up from her plate, “I love the ocean.”

As I was about to say something stupid like, “that’s nice,” Rich jumped in and saved me, “db how cool is that, a kid born and raised in the desert wants to head out to sea.”

Between coffee and cheesecake I knew Lili had the right Step-Dad, not some guy trying to be a Father figure, but a guy who dearly loved Liz, and her daughter, who in time, will become, Lili’s swing set.

That night, after diner as Rich dropped me off at my hotel, I asked him why he thought Lili wanted to study the ocean and all the things in it, being as she was, a child of the desert sand.

As we sat there blocking the hotel valet only parking area, Rich thought about it and said this, “Here in Las Vegas it is so bright at night that sometimes you can’t see the stars above you at night.   I think she wants a career where she can see the stars.”

I shook my head, yep, sounded like a good answer to me.

We were both wrong.

Lili is a 17-year-old junior going to school in the same High School, Bishop Gorman in Las Vegas, that Liz and Rich went to many moons ago.

We are sitting outside her house on the back of Rich’s pickup truck.   I’m asking questions, and getting one word answers.

So I asked, “How many songs on your iPod?”

Lili looked at me…..”Techno and Indie”¦”

“Love Indie myself; who in Indie?”

I write it down all with my how-cool-am-I self swagger.   Lili leaned over and looked at my reporter’s notebook and said exactly this, “Coco Rosie is one word.”

I recovered quick, found out Lili doesn’t watch much TV, when she does she likes Jersey Shore, plays Rockband on her Wii every once in awhile, mainly just likes to “hang out with friends.”   When one of her friends walks out of the house Lili looks at her and sticks out her tongue.

I put the writing stuff down and we sat there talking.

“The ocean, and being on it just makes me so happy, it calms me,” when you grow up in the NeverLand World of Las Vegas, finding calm is a dream.

“I just want to surround myself with the ocean, my dream is that someday I will be able to be on it and see nothing but water from me to the horizon.”

I scribble this down, “Horizon Chaser.”

And as I’m looking at my notebook I hear this, “”¦water”¦water is so precious you know.”

“It is so rare, so beautiful, the rarity of it and all of the unknown living things in the deep oceans out there”¦all the discoveries just waiting for us to find”¦there could be the cure for cancer out there”¦whole new life forms”¦we are a planet of water”¦except of course”¦you know”¦right here.”

And in my head the plastic globe spun in the golden sphere.

And how many times it came to a stop on the color blue.

And how many times did I think that was a wasted spin.

Until a young lady born of the desert, told me that was the winning spin.

And for all of us born not of the sand.

In The Quest of mine to find out why me, why here, why now, it took a child of the desert to show me, that landing on the blue part of the earth, was a special spin of the globe.

The Quest began with Lili, because it had to.   Because the universe points the way.

Rich said that Lili wanted to be on the ocean so she could see the stars, when in fact it was the stars, that saw Lili.

Was the stars that watched a young child take a re-spin when his finger landed on the blue space on the globe.

Who then sent me Lili.

To tell me, that the most precious thing on earth, is colored in blue.