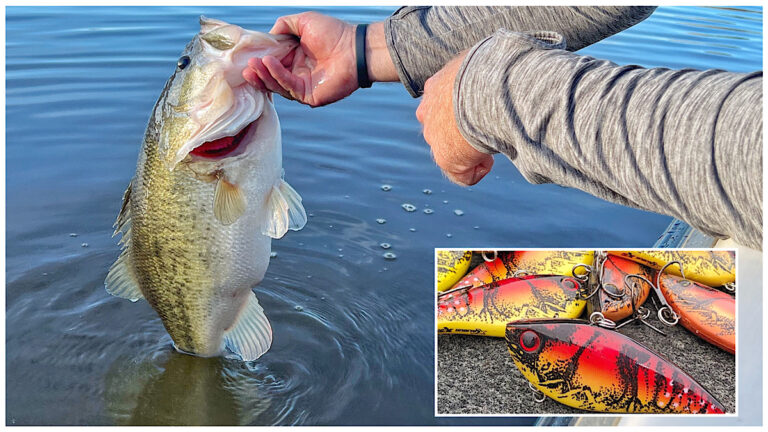 Today we’re going to be talking about the advantages of buying bass fishing gear in bulk. There’s obviously a trend across all consumer items in the world that suggests buying in bulk drives the price down per unit; you’ll see that in bass fishing as well, though some of the instances are a little more subtle than others. Hopefully we’ll point out at least one in this piece that hasn’t yet crossed your mind and help you catch more bass on a budget than ever before. 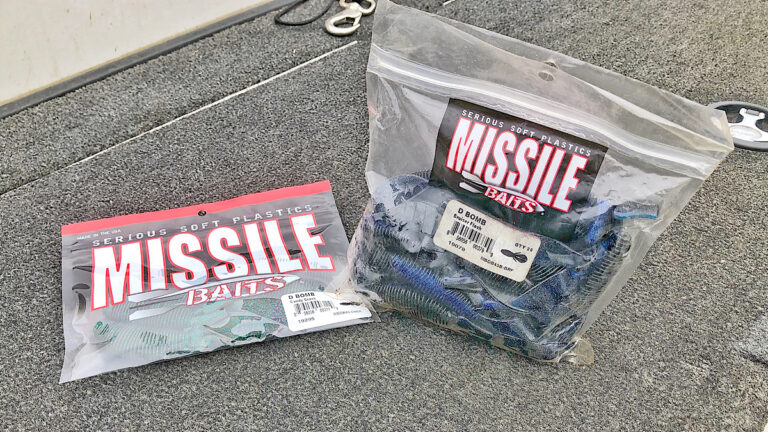 This is perhaps one of the more obvious areas where you can save a little money by buying in bulk, so we’ll start here. I’m not sure many anglers realize the difference it can really make.

If you use this same strategy across all the soft plastics you frequently use, you’re talking about hundreds of dollars in savings at the end of the year. No matter how cynical you might be when it comes to being frugal, I guarantee no one reading this would turn down $300 if I walked up and handed it to you at the end of the year. Buying your favorite soft plastics in bulk equates to the same savings in the long run, so it’s really no different from someone handing you $300.

Planning ahead with soft baits, hard baits and other lures

Now to get to the $300 in savings in our last example, you’d have to use 2,000 soft plastics a year—I get that’s a bit of a stretch. But that’s at a savings of $0.15 per bait. When in reality, if you have to buy that same 6-pack of D Bombs at a local tackle store, you may pay 7 or 8 bucks instead of $4.69. I’m not knocking every local tackle shop; I really enjoy going to them and am glad they’re there when I need something in a hurry. But it’s no secret that some of the local shops drastically inflate prices because they have a monopoly on the local fishery. In those cases, you may be paying nearly twice as much for baits you could have bought in bulk from an online retailer.

Likewise with your favorite hard baits, it’s best to go ahead and stock up on what you like to use the most or the baits you believe will work best on the fishery you’re going to. If you wait until you get to the lake, the same market principle of supply and demand will likely lead to you paying a lot more per bait than you would have had to with a little planning.

This same principal can be applied as well to skirted baits like spinnerbaits, vibrating jigs, buzzbaits and other jigs. I, like I’m sure many of you, have a handful of baits in which I have a lot of confidence. Keeping a good stock of these 6 or 7 baits helps ensure that I won’t be paying 4 or 5 more bucks per bait because I’m in a jam.

This is perhaps one of the sneakiest areas to really stretch the bang of your buck. Line spools vary in length because of the diameter of the line. As the pound test goes up, the diameter goes up and the number of yards the company puts on a spool goes down. But most of the time, you can spool up two reels with the smaller spools of line that companies offer. But you’ll need to use a little backing to do this.

In other words, you use some cheaper line like monofilament to start spooling your reel and then add the more expensive fluorocarbon or braided line over top of it, knowing that the mono is deep enough in the spool that you’ll never be able to cast down to it.

However, figuring out exactly how much backing to put on two reels and exactly where to split the smaller spool so there’s enough line for both reels can be quite tricky and you’re almost always left with a little bit of waste on the spool when you’re done. You can run the numbers and work out the math to eliminate this or you can simply buy a bulk spool of line.

I especially recommend this for pound tests you use a lot. For instance, in my personal fishing, I use 15-pound fluorocarbon most of the time as well as 40-pound braid. So I just get a big spool of each and spool my reels until they’re full. In the event I make it to the bottom of a bulk spool and there’s a little bit of waste, I’m okay with that since I would have run into the same issue 5 of 6 times with smaller spools.

The last thing most of us want to talk about when it comes to fishing is the money we spend on it. If we sit down and think about all the money that goes into tricking a little green fish into biting a piece of plastic, it can get a little nauseating. But this is our pastime and as my dad has told my mom before, it’s cheaper than therapy—though I don’t know if anyone really wants to run the numbers on that one, either.

Still, being cognizant of several ways to save a little here and there can add up to hundreds and even thousands in savings at the end of the year. Planning ahead and stocking up on all your favorite baits goes a long way in doing that. Buying baits in bulk, when given the option, helps too.

Also, don’t forget that you’re paying 10 percent more on average for the same amount of line on smaller spools and likely wasting 10 percent of those spools on top of that. Applying these simple principles, you can stretch your dollar further and spend more time on the water for less this year.