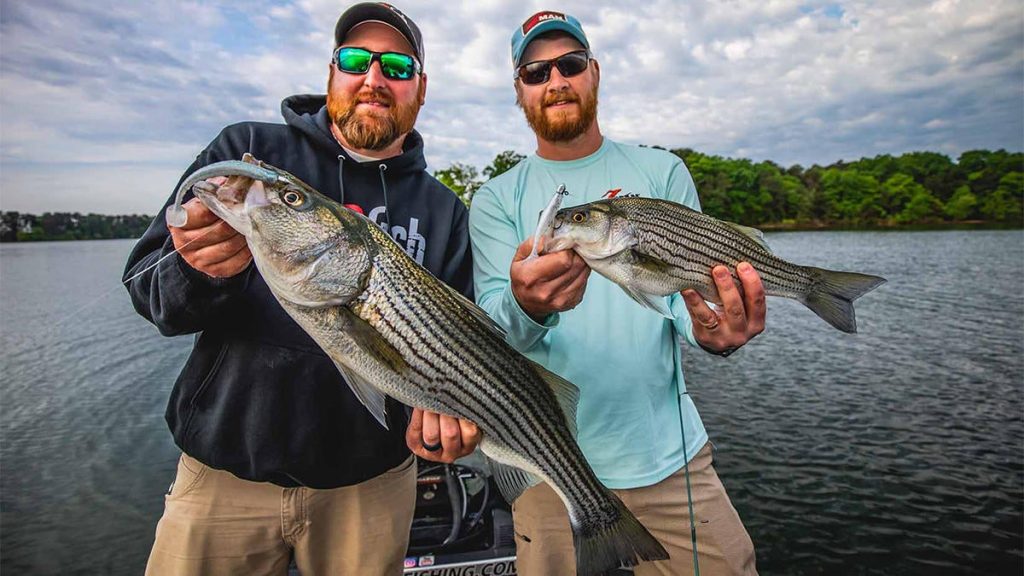 It’s one of the great mysteries of our time . . . or, at least, a bit of an angling enigma: How exactly can a single swimbait can be so supernaturally soft, full of energy and fish-appeal, yet so tough and long-lasting at the same time?

Thankfully, you don’t have to solve the secret of Z-Man’s extraordinary ElaZtech material- or a bait like the new-classic DieZel MinnowZ- to catch fish with it. The easy-to-activate swimbait does that pretty much by itself. And it’s been so good to so many anglers that recently, Z-Man cut new molds for two larger sizes, in order to meet demand.

Originally crafted around a multipurpose 4-inch framework, the DieZel MinnowZ now comes in larger 5- and 7-inch body sculpts. “The DieZel MinnowZ is our most versatile swimbait, a bonafide fish catcher, and certainly a top seller,” notes Daniel Nussbaum, President of Z-Man Fishing. “The upsized profiles and increased thump of the new 5- and 7-inch sizes make them super-appealing to virtually all large predators, from striped bass in the Northeast, all the way to barramundi in Australia.” 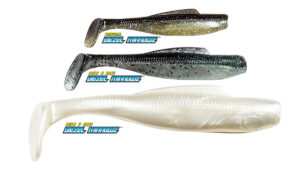 “I’ve been really stoked to put these bigger DieZel MinnowZ in the water,” says Major League Fishing Tour angler, Luke Clausen. “Upsizing this proven profile means all the bait’s action and other great attributes get amped up another notch.”

Among a host of talents and fine-tuned traits, Clausen points out one key to the bait’s winning ways. “Z-Man spent a lot of time shaping and tweaking this bait so the tail would self-activate at any retrieve speed. The DieZel MinnowZ has a slightly flattened, narrow profile that transitions to an oversized paddletail; this, in part, makes the bait swim with high energy. Getting the tail to kick and vibrate requires very little forward momentum, or speed. The harder you pull it, the more aggressively it thumps.”

Clausen’s quick to pin down his favorite application. “Rig a 5-inch DieZel on the back of a swimjig or ChatterBait ® for a bigger profile and bolder action that attracts 8-pounders,” he says. Clausen also calls out the bait’s performance on a 6/0 HeadlockZ HDâ„¢ jighead or ChinlockZ SWSâ„¢ weighted swimbait hook, or even an umbrella rig.

“One swimbait can easily hold up all day long, crush a dozen or more fish, and keep on ticking.”

Though the DieZel MinnowZ has emerged as an archetypal swimbait for bass, its original fans throw it in the shallow salt. “Put a DieZel MinnowZ on the back of a HeadlockZ HD jighead and everything chews on it.” says Captain C.A. Richardson, Z-Man fan and exceptional inshore guide. “The 5-inch size is money for big redfish. Its slender profile moves cleanly through vegetation, such as turtle- or eelgrass on skinny water flats.

“You’d never believe how fish can get so tuned in to the mere 1-inch increase in bait size,” asserts Richardson, host of Flats Class TV. “It’s about matching prevailing baitfish size, for sure. But the 5-inch DieZel will be a big player for me, too, because it throws more water and gives off a larger silhouette. It’s also a key presentation in heavy current, rigged with a heavier Redfish Eyeâ„¢ Jighead. The Redfish Eye jig has a longer hook-shank that produces exceptional hook-ups.”

For tarpon, cobia and big snook in “the passes,” Richardson confidently wields the big 7-inch DieZel Minnow. “Rigged on an 8/0 HeadlockZ HD jig or ChinlockZ SWS weighted hook, the bait really announces its presence with authority. Big angry predators don’t like it in their neighborhood.”

Sharing the same meticulous traits as its original 4-inch counterpart, 5- and 7-inch DieZel MinnowZ employ a hook-guiding belly slot that greatly eases weedless rigging. A split dorsal fin aligns the hook where it exits and partially hides the hookpoint. The bait’s true-to-life preyfish profile and molded scale patterning intimate a wide spectrum of forage species. A slightly flattened body enhances the illusion and makes the swimbait move with an accentuated rolling action-all driven by its oversized paddle tail.

Composed of Z-Man’s soft, durable 10X Tough ElaZtech, the new 5- and 7-inch DieZel MinnowZ swims at all retrieve speeds and withstands the abuse of the toughest fresh- and saltwater predators-an exceptional alternative to traditional plastisol swimbaits that fail or fall apart after just a fish or two. Made in the USA, the DieZel MinnowZ feature over 30 expert colors and three sizes. Four-packs of the new 5-inch size are priced at $4.99 MSRP; 3-packs of the 7-inch DieZel MinnowZ run $6.99 MSRP – both new sizes arrive in stores in July.