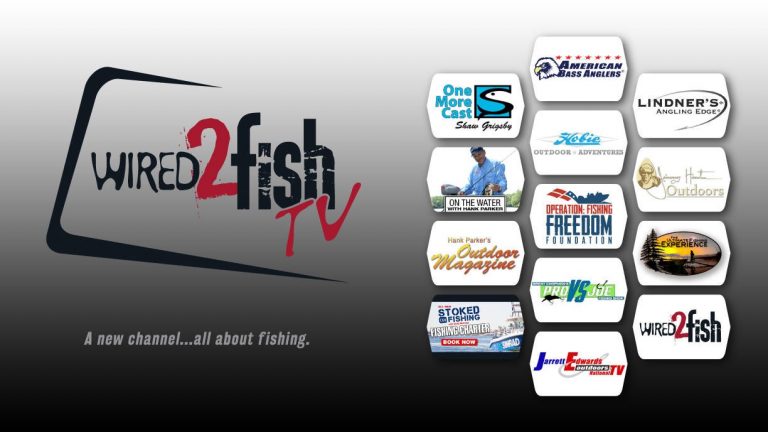 Navio Networks, Inc., a Los Angeles based corporation, announced in partnership with Wired2fish, the launch of the most diverse 24/7 global fishing channel on free ad-supported connected television (CTV) platforms and apps.  The linear channel, titled Wired2fishTV, is slated to go live in February 2021.  Navio Networks, a licensing, programming and advertising company, builds live linear premium channels for distribution on CTV.

Wired2fishTV has a planned launch on fast-growing KlowdTV, along with other free ad-supported CTV platforms and apps during Q1.

Wired2fishTV is excited to serve the 60 million plus anglers in the US market with video programming produced and provided by the top names in the fishing industry featuring a lineup of fishing legends, entertaining personalities, celebrities, and popular anglers. The channel will bring a unique blend of regular programming, live events, dedicated classic segments and original content developed for and aired exclusively on Wired2fishTV.

“We are excited to partner with industry leader Navio Networks, to create a global channel dedicated to fishing. We have assembled the most dynamic, diverse and interesting lineup of fishing programming available.  Wired2fish, the leading digital company in the sport of fishing and one of the largest outdoor media publishing companies in the world, was the obvious choice not only as the channel naming partner but also a leader in compelling fishing content. Wired2fishTV will provide significant viewer reach and engagement both for endemic and non-endemic brands seeking greater exposure while connecting advertisers with their target audience,” said Michalek.

“Wired2fish is delighted to join this powerful assembly of fishing programming to become what will no doubt be the most-watched, dynamic fishing platform in the United States. We are humbled and honored to have our brand as its namesake,” said Todd Hammill, CEO of Wired2fish.  “We produce fishing content that educates hundreds of thousands of anglers monthly on everything from tips and tactics for successful angling to introductions of the latest gear for a successful day on the water.  Wired2fishTV allows us to expand our already extensive reach even further into the technologically advanced world of linear 24/7 television. CTV is giving us not only more reach but also an additional, cutting-edge channel of communication to our customer that we just didn’t have before, and we couldn’t be happier with this arrangement.”

“Navio is furthering its CTV linear channel offerings with Wired2fishTV. Wired2fishTV offers an authentic, credible voice within the fishing industry, and Navio Networks is thrilled to include this highly branded channel along with its other launched and soon to be launched verticalized channels in Military + History, Horror, Women’s Lifestyle, Conspiracy, Sports and others.  We anticipate the Wired2fishTV channel to go live in February,” said Douglas Neiman, Navio Networks CEO.