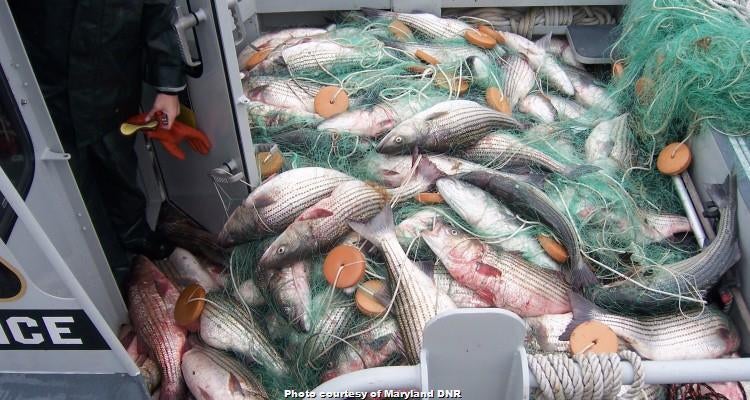 “Once one cheats, the others feel like they have little choice but to do the same thing.”

That’s a quote from an article appearing in the Baltimore Sun, Friday Feb. 27, 2015. According to the report, Michael D. Hayden, Jr. was sentenced to 18 months in prison along with 6 months home detention afterwards for illegally poaching and selling 185,925 pounds of rockfish (striped bass/stripers) from Chesapeake Bay along with 3 other men.

The four men were found over their possession back in 2011 and an ongoing investigation by DNR and local officials found that they’ve had a long history of poaching and illegally selling striped bass. The sentencing has stirred up some controversy over the degree of the penalty for the crimes committed. Hayden was sentenced to a longer term than the others for threatening of witnesses and interference in the investigation.

You can read the full report and watch the video of the incident and subsequent investigation here on the BaltimoreSun.com website.

You can read an article here with the sentences for the other 3 individuals busted in the poaching ring.

And read news of their indictments here on the Maryland DNR Website.