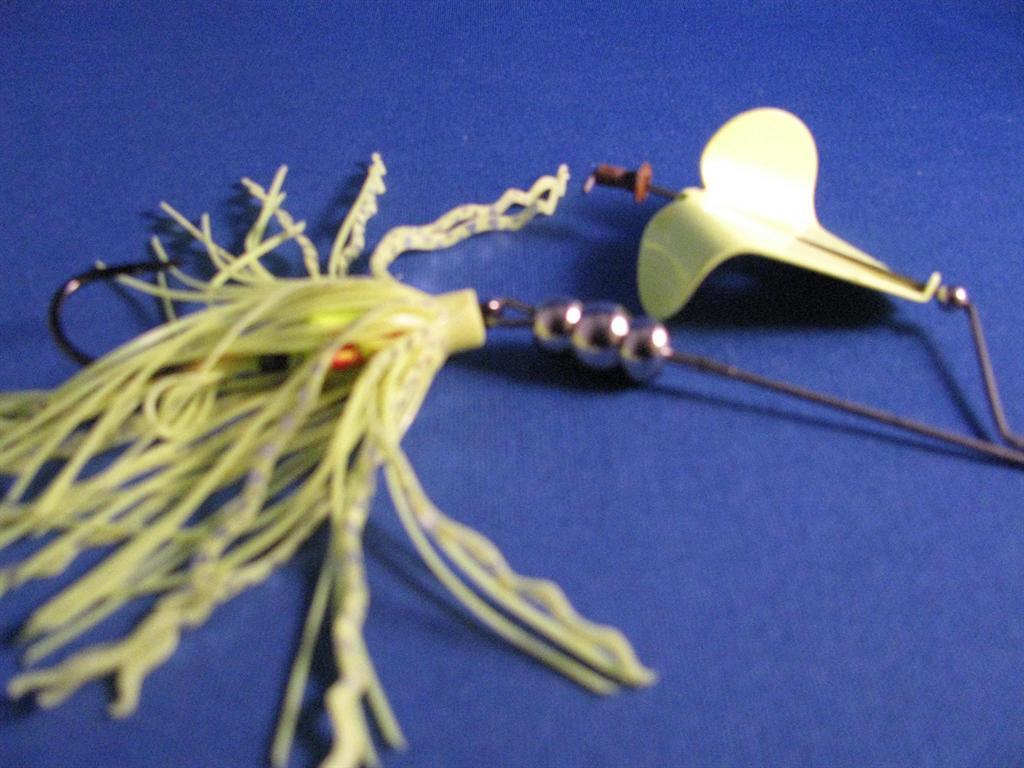 Rust Never Sleeps…
How many times will getting wet be part of the day of fishing? Too many to count if you are a die hard. For most of us   one of the major issues on those days is making sure your spinnerbaits, terminal tackle and hard  baits don’t get wet. If they do and are not dried out appropriately they can get rusty. That is normally a bad thing.
What would you do if you purchased a bait that specifically designed with a little rust included. The HoneyBuzz Buzzbait is one of those lures. It is a drop shank buzzbait that the rivet was intentionally rusted to add  a different kind of squeak. It  has a duel weight system and was designed to be fished around heavy cover, places a normal buzzbait would never go. The hinged design gives the angler an entirely different hook setting angle and missed fish are kept to a minimum, also not always the case with other buzzers. It comes in 1/4, 3/8 and our favorite the 1/2 model. You actually get two models in one as it will run like a normal buzzbait sputtering across the water or  if the blade  is be pushed down to bang on the brass head it will be a clacker. The squeak and  rattle of the HoneyBuzz is very unique.
Still in business and manufactured in Republic, Missouri the HoneyBuzz has been through several iterations. Created by Dave Trantham the HoneyBuzz Buzzbait has a large following including several pro anglers that we have found like to keep knowledge of its effectiveness secret. When researchin this bait we found several people who said “How did you find out about them” or “I thought I was the only one that knew about them.” In fishing circles that is called a “secret bait” and one worth noting.
Vision Lures has a website and on it they have jigs, spinnerbaits and buzzbaits and most importantly a redesigned HoneyBuzz. To take a look at them  click here.
To buy the HoneyBuzz and other Vision Lures go  to Tackle Warehouse click here.
Next