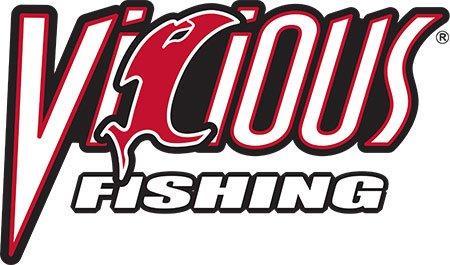 Vicious Fishing announced that it will be extending its licensing contract through 2018 with bait manufacturer, Trophy Technologies, LLC. This long-term contract comes as part of a focused brand growth initiative. The current lineup of Vicious baits includes crankbaits, jerkbaits, frogs, musky soft plastics, and saltwater soft plastics.   With the announcement of the extension, new baits being added to the family will include crankbaits for walleye, salmon and steelhead.

â€œThe initial launch of the Vicious line of baits easily exceeded our expectation for year one.   We know the brand will continue to do well in the bait category and we are excited to be extending the relationship long-term allowing us to strategically grow the product offering for 2015 and beyond. We have some great things in the works and look forward to seeing the industry’s reaction at ICAST,â€ stated Kris Reibel.

â€œObviously we were happy to hear that the introduction of Vicious baits was successful, but it was even more important to get this extended commitment with Trophy Technologies in place.   These types of relationships allow us to move forward with confidence in not only this venture, but in other areas for the brand,â€ added Vicious President, Jeff Martin.