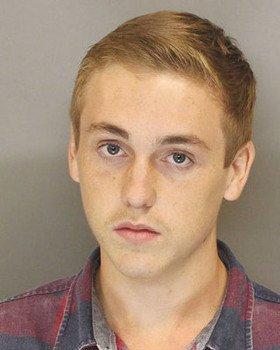 Cody Chitwood, a 17-year-old student at Lassiter High School in Georgia has been arrested and charged with carrying a weapon in a school safety zone. Police found fishing knives in one of his tackle boxes, located in his car along with fishing rods.

According to the high school senior, he simply went fishing and forgot to take his gear out of his car.

“I enjoy fishing. I go fishing probably once a week, sometimes twice a week,” Chitwood said. “I just forgot it was in there. I had my fishing poles in my car, too.”

Lassiter High School administrators ordered a random K-9 search of student vehicles and the police dog picked up on the scent of black powder, allegedly stemming from a few firecrackers left in Chitwood’s truck after a Fourth of July celebration months back. No other contraband or drugs were found in the vehicle.

Following his graduation, Chitwood has plans to join the United States Air Force and he’s worried this misunderstanding will make it impossible.

“I have an attorney and I’m hoping to get the felony dropped so I can still get into the Air Force,” Chitwood said.

UPDATE: According to MyFoxAtlanta.com, charges have been dropped against Chitwood. His lawyer, Joe Pugh said his client simply forgot about the knives but Georgia’s zero tolerance weapons on campus law doesn’t take that into consideration.

“The police officer had no discretion and there’s our problem,” Pugh said. “It’s taking away good common sense from the officers and law enforcement in determining these types of situations.”

If Chitwood completes a diversion program, his criminal record will be nonexistent. This will allow him to fulfill his dream of becoming a U.S. Air Force officer.