Many of us fish-heads know just how much an angler will go through to chase the fish that we all love. We are willing to subject ourselves to the elements, often times in inclement weather, just for a chance to set the hook. What we often forget about is the heart of a fisherman. That more often than not, fishermen and outdoorsmen alike are willing to drop everything at a momentâ€™s notice for a chance to help others.

Almost three years ago, 17 year old Riley Laymon was killed in an automobile accident, leaving family and friends with a tremendous void to fill, as Riley was truly an unbelievable young man and an avid bass fisherman. Seven days before he lost his life, Riley had written a letter (http://www.rileyscatch.com/our-story.html) to his high school’s Athletic Director about hoping to start a high school bass fishing program. Riley loved the idea of having an inclusive club for those who loved to fish, and for students of any background who had never gotten the opportunity to be a part of something; to belong. That was the sort of person this young man was.

After hearing about the letter and Rileyâ€™s dream to have a high school fishing club, “Riley’s Catch” was born. Riley’s father, Tom Laymon, with help from family friend Rod Goodall and countless others, started Rileyâ€™s Catch, which now has over 200 high school students involved. Their mission is simple and genuine: â€œRileyâ€™s Catch exists to empower students to live greater lives by using the outdoors in building stronger hearts, minds and bodies.â€

The dream of The Riley’s Cup, a tournament honoring Riley and his message, was born shortly after Rileyâ€™s Catch started to gain momentum. Tom, Rod, and several others have been working tirelessly to make this dream into a reality. Using bass fishing as a catalyst to get young people involved, Rileyâ€™s Catch partnered with The YMCA of Greater Charlotte and Elevation Church to present The Life of Impact Leadership Experience, a weekend for high school students, held at YMCA Camp Thunderbird on the shores of beautiful Lake Wylie in South Carolina.

Nearly 200 high school students were in attendance for the first ever Riley’s Cup and Life of Impact Leadership Experience. These young adults chose to be a part of this event to not only make an impact in their lives, but to also join the legacy of Riley Laymon and to continue to impact those around them.

Think about that. These young adults were there all weekend celebrating Riley’s life and the four pillars of Riley’s Catch: Fun, Friendship, Faith, and Fishing. There was no partying. No concerts, or popularity contests. All these students, some of whom who had never fished before, were there to take part in outdoor activities and to promote Riley’s message. And they did it all with nothing but enthusiasm and respect.

The actual Riley’s Cup took place Saturday Nov. 22, but there was much more to this event than just the fishing tournament. Over a dozen collegiate fisherman from all over North Carolina and even as far as Illinois came out to support Riley’s mission. They volunteered their time and equipment to be boat captains for the high schoolers in attendance that needed a boater. Elite series professional angler, Britt Myers, even came out to show his support.

â€œI met the guys from Riley’s Catch last year at the BassMaster Classic,â€ Myers said. â€œIt was a story that when I walked away from  meeting them, I just keep thinking about it. Being a father of two boys and my passion for bass fishing, it really hit home. Then when Rod Goodall contacted me about possibly coming out that week, I was stoked to be asked to be a part of the 1st annual Riley’s Cup.

â€œI was very fortunate to spend the day with all the young anglers and  talk fishing and hear stories.  All day I was truly impressed with the  entire venue.  It was so unique. I have  never witnessed anything  like this targeted for the younger anglers.â€

Myers wasnâ€™t alone in that fortunate feeling. It seemed everyone I talked to, whether it be the high schoolers, the local business owners, the collegiate anglers, or camp counselors, had that same feeling. There was a major sense of selflessness, like everyone knew they were a part of something bigger than themselves.

While the anglers were out fishing, there were more games and activities than you could believe for the students on land. There were obstacle courses, zip lines, archery and paintball stations, kayaking, capture the flag, and much more. There was no shortage of fun activities for everyone in attendance.

Of course, even with all the positive energy and happiness, there were still tough moments for everyone, especially for Riley’s family. There were tears in everyone’s eyes at several different times throughout weekend. There have been tears in my eyes as I write this now. But Riley’s family and friends are not willing to let this tragedy overshadow his message and the beneficial impact Riley had on so many people he came in contact with.

Colton Harrell and Ryan Geraghty walked away with the first ever Riley’s Cup with a little over 8 pounds on a tough fishing day. Even though the fishing was less than spectacular, there is no doubt that everyone who participated in the event came away a winner. This event truly made an impact on anyone who was lucky enough to be a part of it.

At the end of a powerful church service to round out an amazing weekend, Ellie Laymon, Riley’s sister, stood before the group and offered up a challenge.

She challenged us to continue to keep Riley’s spirit, that impacted so many, alive by asking us, “what impact are you making?”

Out of respect for Riley and his family, I want to offer you the same challenge. I’m sure if you were to ask the Laymon family if you are important, they would give you a resounding â€œYES,â€ and tell you that you have the power to make a difference in someone’s life. So I ask again, “what impact are you making today?”

Riley’s dream will continue to live on and impact countless other people through this event, which will continue for years to come. â€œFEESH ON!â€

For more information, or if you want to get involved with Rileyâ€™s Catch or The Rileyâ€™s Cup and Life of Impact Leadership Experience, visit RileysCatch.com. 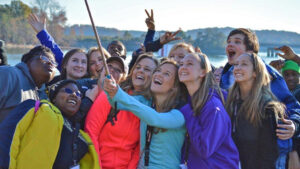 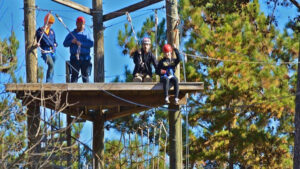 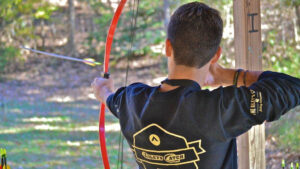 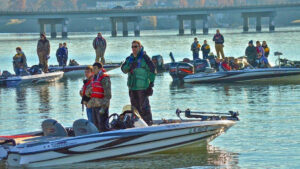 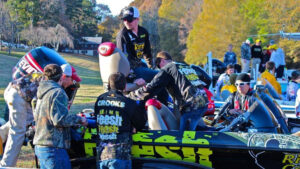