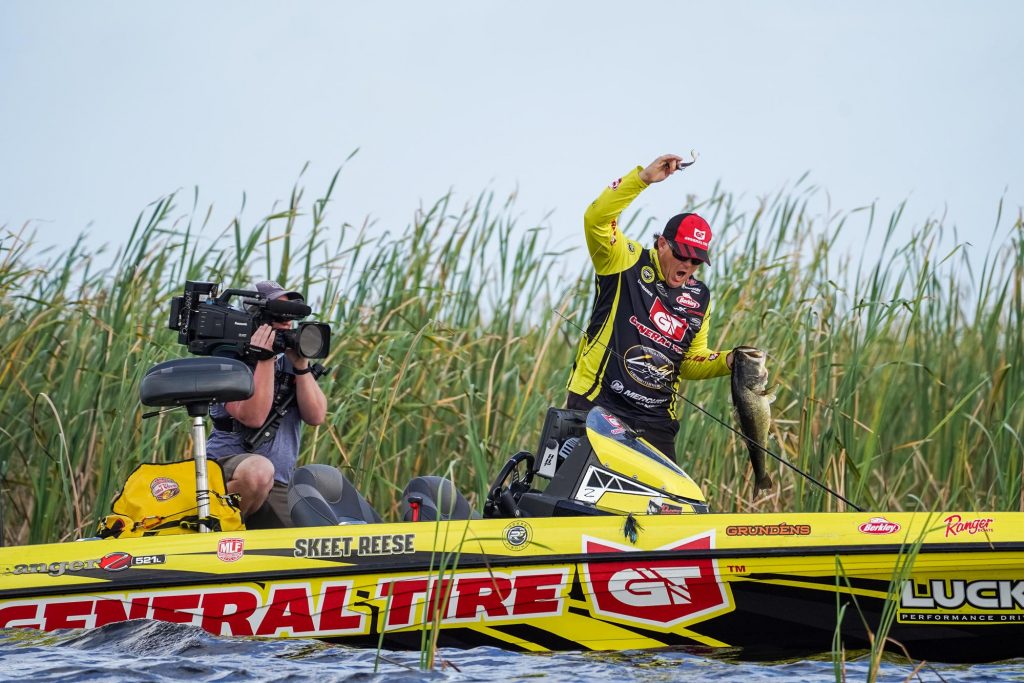 Skeet Reese of Auburn, California, already had a stacked resume when he crossed the stage on Sunday at the Major League Fishing Tackle Warehouse Pro Circuit Presented by Bad Boy Mowers, 13 Fishing Stop 1 – Lake Okeechobee in Clewiston, Florida. With 10 career victories, a 2007 Elite Series Angler of the Year title and a 2009 Bassmaster Classic championship, Reese is one of the top 5 tournament money-winners of all-time with more than $3.4 million in earnings. Reese added another monumental victory to the Major League Fishing (MLF) record books and is bringing a $100,000 check and a big trophy back home to California.

The win brought the 2019 merger of FLW (now known as the MLF BIG5) and MLF full circle and was a moment that marked the significance of the unity that now exists between the blended MLF family.

Reese weighed a five-bass limit on Sunday totaling a whopping 27 pounds, 9 ounces, to win by a 7-pound, 9-ounce margin over fellow Bass Pro Tour angler Chris Lane of Guntersville, Alabama. Lane weighed in five bass for 20 pounds, 1 ounce, including an 8-pound, 13-ounce giant, which carried him to a second place finish on the final day of competition.

“This feels really good,” said an emotional Reese. “I’ve had some tough fishing the last few years and to be able to come back and win; it is recognition that my new mindset and hard work paid off. Everybody who fishes tournaments does it to win and to be able to do it against this level of competition, with this big of a field – it’s priceless.”

“The first day, I focused on the isolated clumps of reeds that were a little deeper,” said Reese. “I targeted water that was four feet deep because all of the shallower stuff was getting so much pressure. I stayed out a little further from the bank on the isolated pencil reeds and caught a few good ones the second day by pitching The General on a 5/O hook with a ¼-ounce weight on 25-pound-test Berkley Trilene 100% fluorocarbon.” 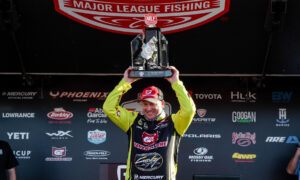 On the second day, Reese said he opted to stay solely off the bank and was able to catch a 21-pound bag that included the day’s biggest bass, an 8-pound, 8-ounce giant.

The final two days offered vastly different weather conditions, with wind speeds picking up throughout the lake. Reese said this caused him to make a change to the vibrating jig and helped him seal the win.

“It got too windy and made it hard to flip and pitch The General,” Reese said. “I also think it moved some of those fish out a little deeper. On the final day, it seemed like every big female was set up out in the open.”

Reese said the area had cleaner water and he felt it offered him the best chance to get multiple bites.

“I maximized what little I had and fished it all four days,” he continued. “I was trying to be in an area and get as many bites as I could. I never thought I was on the winning fish this week. I’m a believer that everything happens for a reason.”