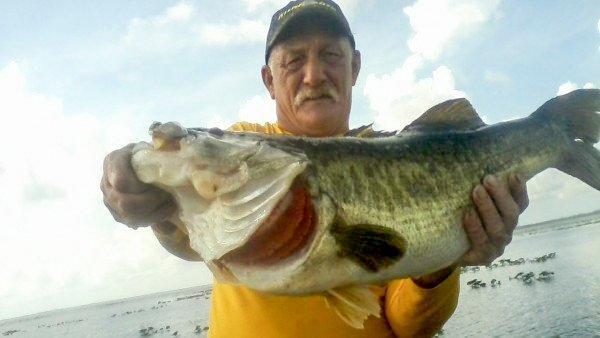 Dave Ochs will likely be the hot topic in Florida bass fishing communities this week. Pictures and reports surfaced this week of what is being said to be a 19-pound bass that Ochs caught on a Yamamoto Senko on Lake Kissimmee Thursday, July 23, 2015. Ochs weighed the fish on an uncertified scale and the bass weighed 19.2 pounds on his scale. It was 27 inches long with a girth of 24 inches. Ochs could not fit the bass in his livewell so he snapped a picture and released it back into the lake.

Unfortunately without being weighed on a certified scale it’s hard to know how accurate the measurement is. But if it was in fact correct it would have been the new state record largemouth bass for the state of Florida, eclipsing the current record fish of 17.27 pounds.

No doubt the fish is a trophy class bass, even for the big bass factory that is the state of Florida. Sure would have been nice to see her weighed officially by FWC but that often means forfeiting a trophy bass and not releasing it.

Here is another link about the catch from FloridaTournamentReport.com.