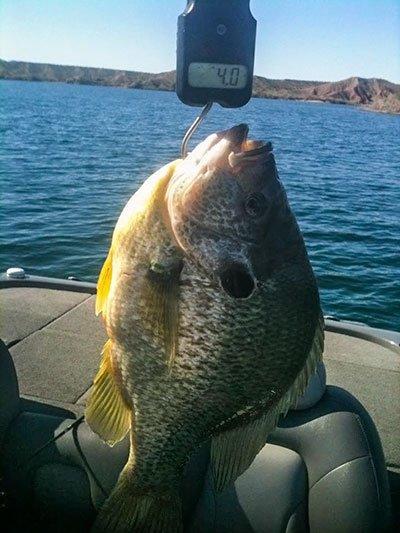 Well known western angler Mike Phua is on Lake Havasu practicing for a bass fishing tournament but possibly caught a world record in the process. At last update, they were searching for certify scales to verify their catch. The fish weighed 5.7-5.9 pounds on non-certified scales. If either of those weights hold up, they will best the current world record for Red Ear sunfish at 5.5 pounds, also caught from Lake Havasu.

Hopefully Phua’s catch holds up as the record. We’ll post updates as we receive them on the catch. Pretty cool. Even cooler was Shaun Bailey, another well-known west coast stick and big bass expert is practicing on Havasu as well and he caught a 4-pound red ear today. That place might now be considered the red ear capital of the world.