We’ve caught some strange looking bass over the years, but Jeff Puckett’s recent catch from Fox Lake in Titusville, Fla. might just take the cake. He caught an extremely rare orange””yes, orange””largemouth bass. The fish didn’t have just a few spots here and there, either. The whole darn thing was bright orange.

According to biologists, the bass has a rare genetic condition called xanthism. It’s somewhat similar to albinism, but it turns animals’ pigment orange.

As stated in this article from WSTP.com, the FWC has sampled over 255,000 largemouth bass from 175 different bodies of water over the last 10 years with absolutely zero reported sightings of fish affected by xanthism. An extremely rare genetic condition, but you have to admit””that’s one cool looking fish! 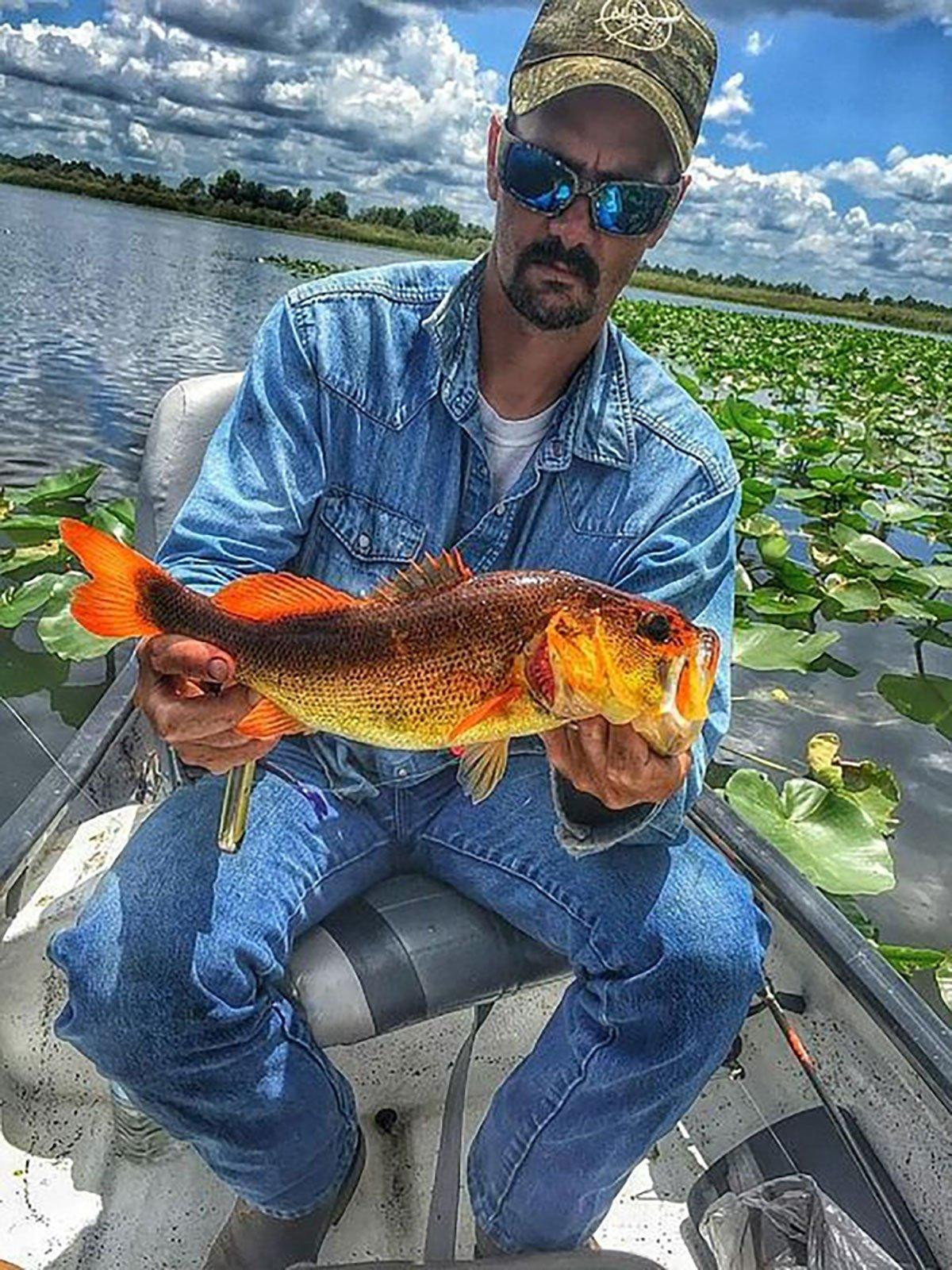