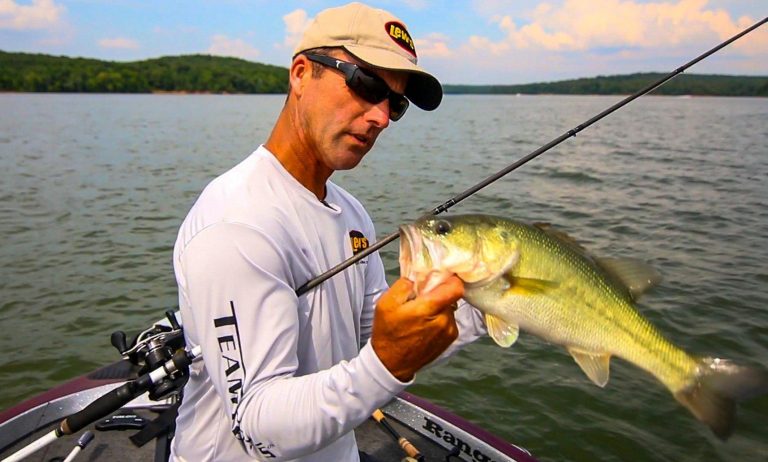 We got a sneak peak with Terry Bolton on the water of some of the  new Lew’s rods and reels being released this week at ICAST 2014 in Orlando, Fla. This video shows some fish catches on and various actions of the new Custom Speed Stick line of rods. They will offer 25 freshwater models and 6 inshore models in this new lineup. Notice the old coloring of white base of the rod and black taper to the tip like the original Lew’s rods of the 1970s. These rods are light, feature the hook keeper on the trigger, have molded EVA foam grips with cork accents.

Three new reels are shown in this video also including the new Team Lew’s Lite, Tournament Lite and Super Duty 8:1 bait casters. The Team Lew’s Lite comes in 7.5:1 gear ratio and weighs an amazing 5.7 ounces without sacrificing smoothness and durability. The Super Duty gives guys the ability to take up 3 feet of line in a heavy duty reel for big baits like swimbaits, Alabama Rigs and the new Magnum Flutter Spoons.

We’ll have more coverage of Lew’s new offerings next at ICAST 2014. But here’s a good chance to see the rods in action.