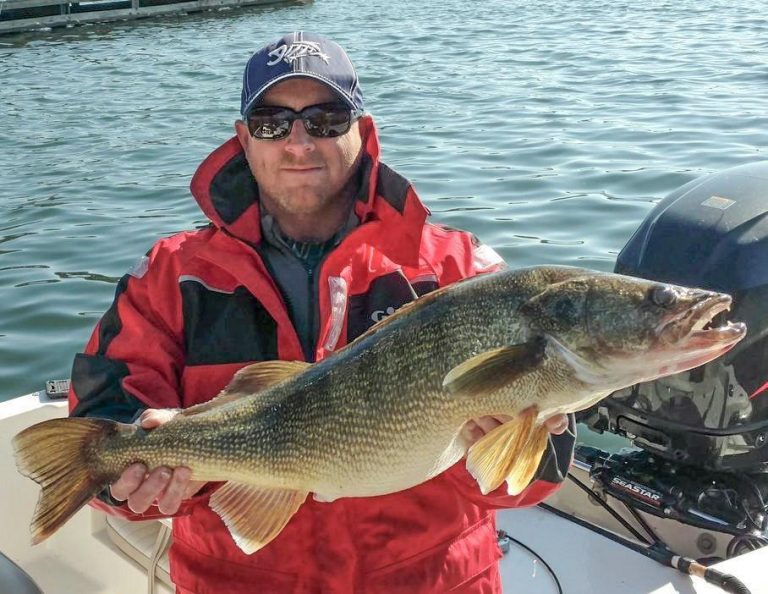 Georgia probably isn’t the first place you think of when people talk about big walleyes, but Wes Carlton, of Gainesville, Ga., just put his name in the record books by shattering the former walleye state record by more than 3 pounds. Carlton caught his walleye on Lake Rabun on Feb. 19, 2016. The walleye weighed 14 pounds, 2 ounces and was 31 1/2 inches long. It beat the record by 3 pounds that has stood since 1995.

â€œBased on sampling efforts by fisheries staff, we have just been waiting on the day that a new state record walleye was pulled from Lake Rabun,â€ says John Biagi, chief of fisheries for the Wildlife Resources Division. â€Hearing about a new state record is a great start to 2016 and I hope it encourages all new and experienced anglers to get outdoors and go fish Georgia!”

Here are a couple of photos of Carlton’s amazing Georgia walleye: