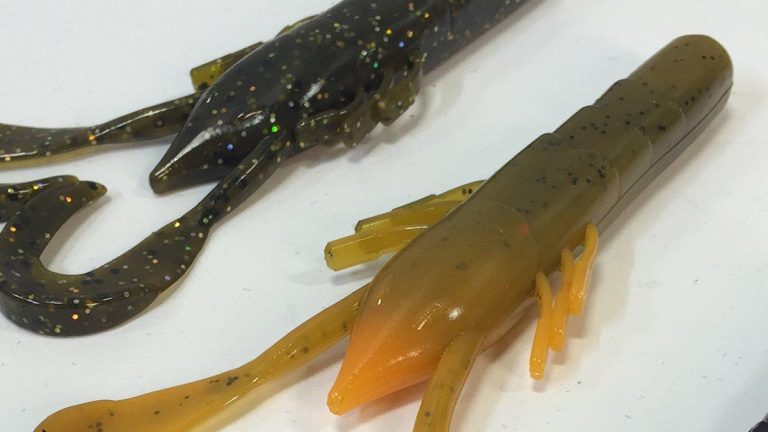 Missile Baits has just released their all-new Craw Father. The new bait is a 3.5â€ compact craw with action in the claws. The Craw Father covers a wide variety of applications such as flipping, punching, Carolina rigging, and as a jig trailer. The new craw will come in 8 of Missile Baitsâ€™ top selling colors including Green Pumpkin Flash, Bruiser Flash, and Superbug.

Company owner and pro angler, John Crews said, â€œThe Craw Father was a bait that came out of necessity like all our other baits. I kept finding myself looking for a compact craw with the action I wanted so I just designed it. I love how it turned out.â€

Fellow pro angler and Missile pro staffer, Ish Monroe added, â€œJohn sent some prototypes before I went to Toho in January. The bite was tough but I got tons of bites when I switched to punching the Craw Father. I caught a bunch of fish behind other guys and ended up with a top 5 on it!â€

New colors in the D Bomb, D Stroyer, and Baby D Stroyer are also being released. The D Bomb is coming out in El Diablo, a triple laminate with black red on top, red on bottom, and an orange vein in the middle. The D Bomb and D Stroyer will come in Copper Chopper, which is a laminate with a green pumpkin with copper shimmer on top and a smoke with heavy blue shimmer on the bottom. The Baby D Stroyer will come in the bluegill and perch imitating, Shrapnel.

The Craw Father and all of the new colors is shipping to dealers and distributors so be sure to look for them in stores and online during the month of July.