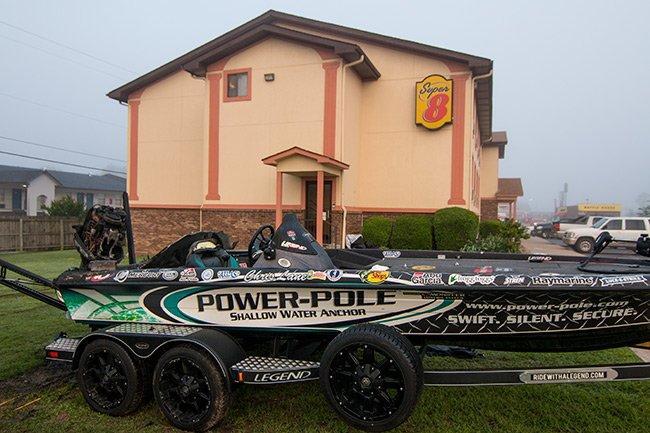 Chris Lane had a long night before the kickoff of the Lake Dardanelle Elite Series in Russellville, Ark. Firefighters responded to a call around 2 a.m. Thursday, May 15 when someone in a nearby hotel saw a fire raging in the back of a bass boat at the Super 8 Motel in Russellville. The rear of Elite Series pro Chris Lane’s boat apparently caught fire and burned up his outboard, rear of his boat and other equipment. The cause of the fire  has yet to be determined, but police and fire officials are investigating at this time.

Chris Lane borrowed a boat and some tackle, using Fred Roumbanis’s old boat to fish this morning but he was noticeably distraught this morning at launch.

“This sport takes so much emotion and drive, that when something like this happens it makes it hard,” he said in passing. “I’m pretty upset about it.”

Here are a few photos from this morning after the fire was put out by local fire fighters: 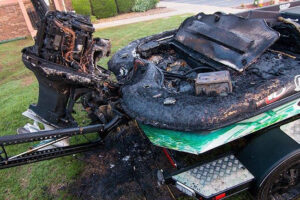 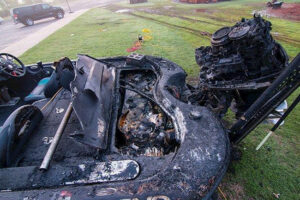 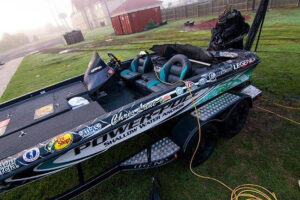