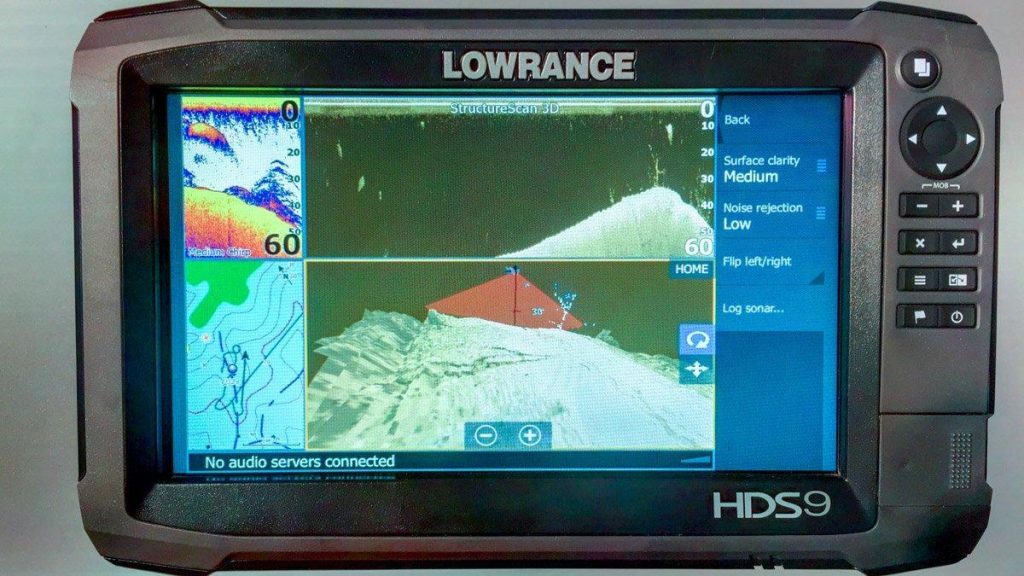 We posted a few weeks ago about Humminbird/Johnson Outdoors receiving a favorable ruling in their infringement claims against Garmin. Now Navico has won a favorable ruling from ITC on its infringement claims on their Down Scan technologies against Garmin. We received releases from both Navico and Garmin about the ruling and Garmin has stated it plans to appeal the ruling.

We’ve read the ITC ruling (summaries here) as well as the cease and desist order to Garmin. There is a 60-day grace period where activities may continue, but according to the ruling, the ITC found where 18 claims of US Patent No. 8,305,840 and two claims of US Patent No. 8,605,550 were in violation of Section 337 of the Tariff Act of 1930 with Garmin’s DownVÃ¼ technology and transducers.

Service of Cease and Desist Order

Respondent is ordered and directed to:

(A) Serve, within fifteen days after the effective date o f this Order, a copy o f this Order upon each o f its respective officers, directors, managing agents, agents, and employees who have any responsibility for the importation, marketing, distribution, or sale of imported covered products in the United States;

(B) Serve, within fifteen days after the succession of any persons referred to in subparagraph VII(A) o f this order, a copy o f the Order upon each successor; and

(C) Maintain such records as will show the name, title, and address o f each person upon whom the Order has been served, as described in subparagraphs VII(A) and VII(B) of this order, together with the date on which service was made.

The obligations set forth in subparagraphs VII(B) and VII(C) shall remain in effect until the expiration dates of the ‘840 and ‘550 patents.

The conduct prohibited by section III of this order may be continued during the sixty (60) day period in which this Order is under review by the United States Trade Representative, as delegated by the President (70 Fed. Reg. 43,251 (Jul. 21, 2005)), subject to Respondent posting of a bond in the amount of 100 percent of the entered value of the covered products. This bond provision does not apply to conduct that is otherwise permitted by Section IV of this Order. Covered products imported on or after the date of issuance of this Order are subject to the entry bond as set forth in the exclusion order issued by the Commission, and are not subject to this bond provision.

The bond is to be posted in accordance with the procedures established by the Commission for the posting of bonds by complainants in connection with the issuance of temporary exclusion orders. (See 19 C.F.R. § 210.68). The bond and any accompanying documentation are to be provided to and approved by the Commission prior to the commencement of conduct that is otherwise prohibited by Section III of this Order. Upon the Secretary’s acceptance of the bond, (a) the Secretary will serve an acceptance letter on all parties, and (b) Respondent must serve a copy of the bond and any accompanying documentation on Complainants’ counsel.

The bond is to be forfeited in the event that the United States Trade Representative approves this Order (or does not disapprove it within the review period), unless (i) the U.S. Court of Appeals for the Federal Circuit, in a final judgment, reverses any Commission final determination and order as to Respondent on appeal or (ii) Respondent exports or destroys the products subject to this bond and provides certification to that effect that is satisfactory to the Commission.

By order of the Commission.

“We are extremely pleased that the ITC has ruled in our favor,” said Leif Ottosson, CEO, Navico. “Our innovative DownScan Imaging provides real benefits to fishermen, and we have invested considerable time, effort and resources to develop and bring it to market. Our patents are designed to protect that investment.

“We offered our competitors the opportunity to license our technology and incorporate it into their products for the benefit of their customers – and many have. This offer was also made to Garmin, but they declined – putting everyone who sells their products in a difficult position. The situation is unfortunate for many dealers and distributors in the marine electronics marketplace, but we will continue to vigorously defend the intellectual property that protects our innovations and our leading position in the marketplace.”

Garmin plans to appeal the ruling and does not agree with the ITC ruling. They also do not believe it affects any currently held inventory or products by dealers or distributors.

“Garmin intentionally designed its products to prevent infringement of Navico’s patents. We disagree with the ITC and plan to appeal the determination,” said Andrew Etkind, Garmin vice president and general counsel. “However, as with the Johnson Outdoors ITC determination we announced in November, we have already taken steps to ensure that we can continue to provide Garmin DownVÃ¼ scanning sonar products. Garmin has already designed, implemented, and manufactured an alternative design that addresses the issue in this ITC ruling.”

Navico contends that dealers and distributors could be putting themselves in harms way for infringement lawsuits by carrying and selling violating products. Per their release today:

While all ITC orders have a 60-day period before taking full effect, effective immediately resellers of Garmin DownVu products risk willfully infringing Navico’s patents if they continue to sell Garmin DownVu products, and they could be subject to an infringement suit. Therefore, Navico advises against any distributor, dealer or retailer continuing marketing or selling these products and recommends that resellers seek independent legal advice if they have any questions in this matter. In addition, the ITC has ruled that Garmin must post a bond equal to 100 percent of the value of infringing products, when they sell from inventory or import any of these products into the U.S. during the 60-day review period.

Further, any Garmin products claiming to feature a “design around” solution are subject to ITC or U.S. Customs approval in order to confirm that such an alternative solution does not likewise violate Navico’s patents. As of this writing, Garmin has not initiated the process of submitting alternative designs.

Garmin could file an appeal with a U.S. Federal Court in an attempt to challenge the factual conclusions or show the law was incorrectly applied by the ITC; however, in the meantime, the importation and sale of Garmin products featuring DownVu technology are subject to the ITC ruling and violate Navico’s patents, effective immediately.

Per Garmin’s release, they say it is business as usual for their customers and dealers:

The ruling will have no impact on Garmin products already purchased by Garmin customers and dealers, or any products purchased going forward.  The ITC expressly found that Garmin did not intend to infringe Navico’s patents.  Garmin will continue to vigorously defend the non-infringing configuration of these first generation DownVÃ¼ scanning sonar products through appeals and an ongoing litigation in Oklahoma.  The ITC ruling applies only to Garmin and has no impact on any existing dealer inventory or any products already purchased by our customers.

The impacted transducers will be available shortly with the alternative design solution. While the redesign does address the ITC’s findings, end-users and dealers will not notice a change to user interface, installation or compatibility with existing Garmin products or accessories.