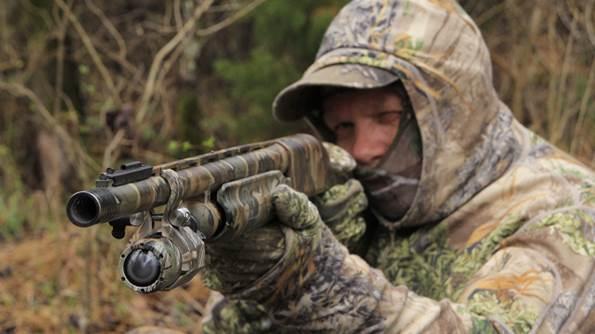 iON America announced today the release of its new  iON CamoCAM, geared especially for hunters and fishermen. It’s the first of its kind action camera design specifically for outdoor pursuits and the included mount will allow you to perfectly mount the camera to a net handle, gun barrel or stabalizing bar on a compound bow. And the camera will also work with all the existing iON mounts available now to consumers. The new CamoCAM will retail for $299 and include a camo mount. The Realtree XTRA pattern was used on the camera.

The CamoCAM boasts a 14-megapixel sensor delivering superior image quality while capturing up to 60 frames per second HD video. Additionally, the CamoCAM’s unique one-touch-recording feature allows silent activation of the camera with the flip of a switch.   Unlike other POV cameras, there are no loud beeps to alert game and scare off that trophy buck.

A 180-degree lens provides the widest field of view, allowing users to capture more of the scene, and long-life battery provides up to 2.5 hours recording time, ensuring the camera remains fully functional to capture any and every moment.

With the addition of the accessory Wi-Fi PODZâ„¢, CamoCAM users can easily upload their videos to social sites via iON’s iOS or Android apps for smartphones and tablets. The iON app enables use of an iPhone, iPad or iPod Touch or late-model Android phone or tablet to review videos, stop and start recording, change all camera shooting modes, trip the shutter for still images, check battery life, and more.

â€œThe iON CamoCAM is a first-of-its-kind device geared specifically for hunting and fishing enthusiasts,â€  said Giovanni Tomaselli, CEO, iON America.â€œWhether you are hunting, fishing or simply enjoying the outdoors, we have created a camera designed to fit your specific wants and needs.â€

Complete details on the CamoCAM and iON’s full line of cameras, mounting kits and accessories can be found at  http://www.usa.ioncamera.com/camo-cam.