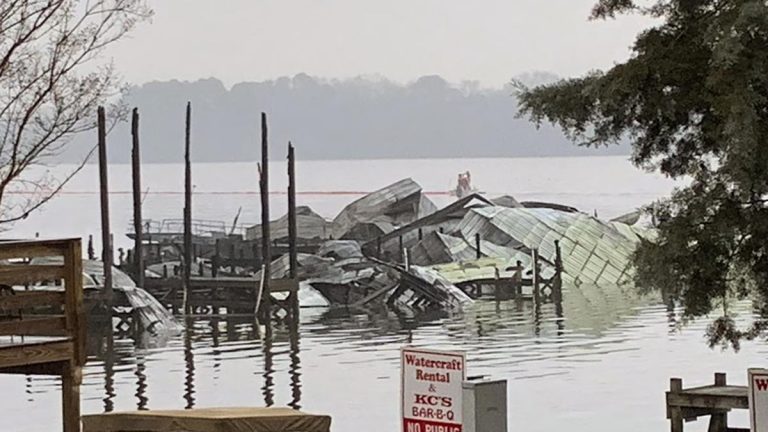 Authorities are reporting that a devastating marina fire on Lake Guntersville has claimed the lives of at least 8 individuals. That number is expected to rise as recovery efforts progress. At least 35 vessels were destroyed by the inferno and since it happened during the overnight hours, everyone was sleeping and many were unable to escape the flames.

Reports say that the fire consumed the boats very quickly due to all of the gasoline and propane on board the boats, which cut off escape routes and rained debris into the water. Many occupants were forced to jump into the water to escape the fire.

The identities of the deceased have not been released. Rescue crews are currently searching every boat for victims. Containment measures have been implemented and the chemicals and fuels in the water are believed to be contained. The Alabama Department of Environmental Management is in charge of the cleanup process.