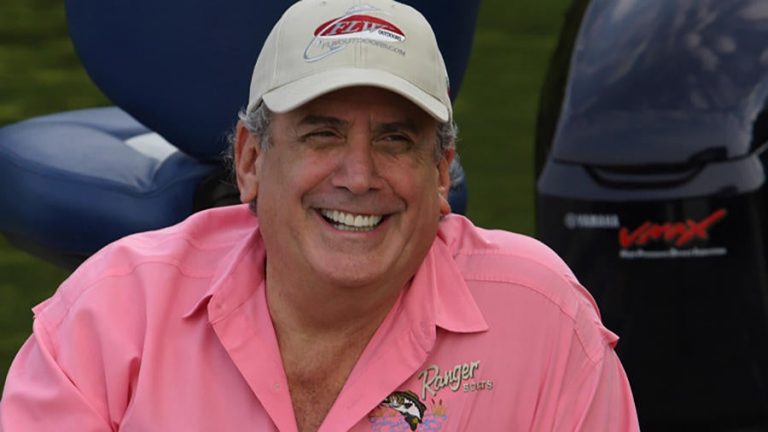 Former FLW Chairman and CEO Irwin Jacobs’, 77, and his wife Alexandra Jacobs’ deaths were confirmed by their children on the evening of April 10, 2019 through a statement from Jacobs Management:

“Our family is shocked and devastated by the death of our parents, Irwin and Alexandra Jacobs,” the statement said. “We are heartbroken by this loss, and we ask that our privacy be respected as we grieve during this very difficult time.”

We waited to report anything second and third hand on the apparent deaths at the Jacobs home early on the morning of April 10, 2019. We wanted confirmation from the family first out of respect for our friends and colleagues at FLW and Jacobs Management. Jason Sealock worked for Irwin and daughter Trish Blake at FLW for 5 years before coming to Wired2fish, and Irwin Jacobs was a longtime personal friend of Terry Brown’s. So we have taken the news today very personally with broken hearts. Our thoughts and prayers are with Trish, Mark, Sheila and their siblings and children as well as all of our friends at FLW at this tragic and heartbreaking time.

Irwin Jacobs catapulted professional fishing in the late 1990s early 2000s with his visions for what the sport would one day become. He made $100,000 paydays the norm. He made wrapped boats, trucks and jersey’s common place in the sport. He brought in massive non-endemic exposure through companies like Walmart, BP, General Motors and Procter and Gamble, and organizations like the National Guard. He awarded not only the first $1 million payday in bass fishing for professional anglers, but also for fantasy fishing players. He invested millions of his own money into the sport of fishing because he believed in what it could become.

Alexandra and Irwin Jacobs were married for 57 years and raised 5 children. They went on their first date in 1961 and were deeply in love for 58 years. Many folks know of Irwin Jacob’s entrepreneurial achievements but probably don’t know about the philanthropy work he and his wife did in Minnesota and beyond. Their daughter Shelia has cerebral palsy, and they were very instrumental with the growth of the Special Olympics. Irwin served as the chairman in 1991 when he donated $8 million to the charity.

A spokesperson for the Special Olympics Minnesota gave the following statement:

“Our organization is deeply saddened by the tragic news of Irwin & Alexandra Jacobs and our hearts and prayers go out to the Jacobs family and friends. Irwin Jacobs was a historic figure in the Special Olympics movement as he served as the chairman of the Special Olympics World Summer Games when it was hosted in Minnesota in 1991.

“Jacobs rallied the support of business leaders in the Twin Cities to make this event a huge success and the largest sporting event in the world in 1991. This event turned the world spotlight onto the Special Olympics movement and created a new trajectory for the quality of our competitions.”

“I was saddened to hear that longtime friend and FLW Chairman Irwin Jacobs passed away,” said Terry Brown, President of Wired2fish. “My relationship with him and his daughter Trish put an emphasis on honesty, straightforwardness and always hard work. I always looked forward to our phone calls, when I would see his name on caller ID. I knew something big was coming, and I knew he was always in my corner. My condolences to his family. No doubt our sport lost a true icon and someone who set a path in professional fishing that changed the game for the better. Those of us who knew him well also lost a dear friend.”

“My heart is broken for Trish and the entire Jacobs and FLW families from this tragic news,” said Jason Sealock, Publisher of Wired2fish and former Editor-in-Chief for FLW magazines from 2007-2010. “This is a tough one for all of us that knew him and Alexandra and those of us who appreciate what he did to elevate the sport of professional bass fishing for so many anglers, companies and his employees. I hope people will reflect on all the positive things he did for FLW and for many anglers who fish tournaments.”

For more on the Jacobs tragic passing, see this story on minnesota.cbslocal.com as well as the StarTribune.com report.

Jacobs was inducted into the Bass Fishing Hall of Fame in 2010.