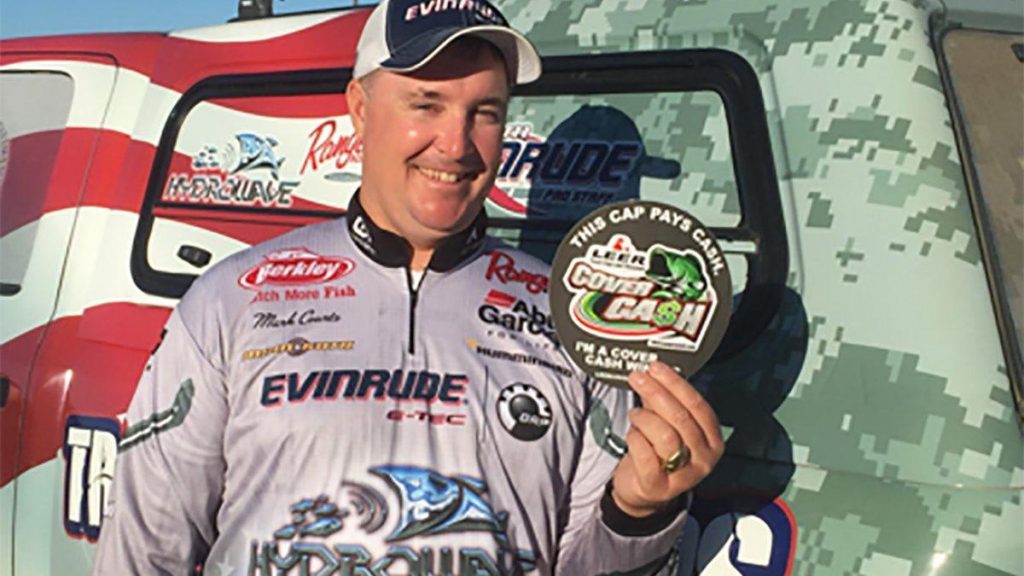 Mark Courts further proved his walleye fishing prowess when he won the Cabela’s National Walleye Tour event on the Mississippi River out of Prairie du Chien in Wisconsin. On top of his tournament winnings, Courts took home an additional $400 for being the highest finishing participant in the Toyota Bonus Bucks and LEER “Cover Cash” contingency programs.

There are now over 30 walleye tournaments sanctioned by Bonus Bucks and “Cover Cash”. Including Masters of Walleye Circuit events, the AIM Walleye Tournament Series, as well as all four National Walleye Tour tournaments.

On top of competing in walleye fishing tournaments at the national level, Courts runs a salmon charter business out of Sturgeon Bay on Lake Michigan. Courts got himself into a 2016 Toyota Tundra topped with a LEER truck cap as soon as he heard the Bonus Bucks and Cover Cash contingency programs were paying out for select walleye events.

“It was a no brainer for me,” Courts said. “Toyota and LEER both make top of the line products that I need one way or another throughout a year of running a guiding business and fishing tournaments. So why would I not equip myself with companies that support the fishing industry and pay me extra money?”

Whether he is guiding clients on Lake Michigan or competing in a tournament, Courts Tundra/LEER rig comes in handy keeping the plethora of equipment he needs to store safe, secure, and organized. But his LEER cap gets loaded with more than just fishing gear; Courts is also an avid hunter who spends his fall and winter months going on various hunting trips.

When asked what he planned on spending his $400 of bonus money on, Courts mind immediately turned to his hunting passion.

“This bonus money goes towards a hunting trip or two I’ll take at the end of the year,” Courts said with a grin. “I save up all the money I get from Toyota Bonus Bucks and LEER Cover Cash and use it to help fund my hunting adventures in the fall. It’s money I don’t necessarily count on having at the beginning of the year, so it goes a long way when it’s added up at the end.”

Although Courts won the Prairie Du Chien event, it’s important to remember you don’t have to win a tournament to take advantage of the extra earnings offered by these programs. You simply need to be the highest finishing registered participant for a Toyota Bonus Bucks and/or LEER Cover Cash sanctioned event.

For a full list of eligible tournaments, or to get yourself signed up, please visit: https://www.toyotatrucksbonusbucks.com and/or https://leercovercash.com .

If you have specific questions, or you’d rather call than click, dial (918) 742-6424 and Kendell or Jessica will be happy to help you out.