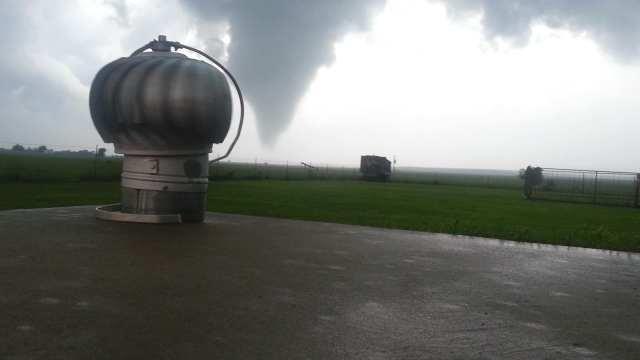 KOTV out of Tulsa featured former Bassmaster Elite Series pro Terry Butcher on their 10 pm broadcast Wednesday following the F5 that ripped through Oklahoma on Monday. Butcher got in his shelter as the storm approached his home in Talala. But he documented the approaching tornado until it was a mere 150 yards from his home and then retreated into his storm cellar. After it passed he returned to the surface to find his house still in tact albeit a little worse for the wear.

To see the full story, follow this link to Newson6.com.