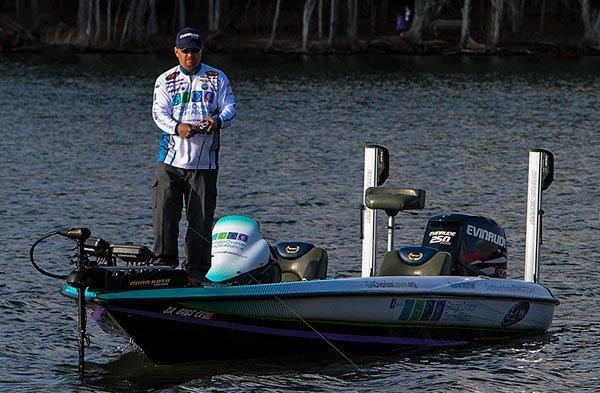 Chris Baxter, Sales Manager for Zoom Bait Company, is an avid tournament angler in Georgia, Alabama and beyond. He made his first All-American last year, what would have ordinariy been a highlight year for any angler. However his world got turned upside down when his wife was diagnosed with Stage 3B Ovarian Cancer.

Throughout her treatment they have been educated on the early detection of Ovarian Cancer and have met some great doctors and support folks in the Northside Hospital and Georgia Ovarian Cancer Alliance. Wanting to do more to raise awareness for other women and possibly save a life with early detection, Baxter reached out to Doug Barron with the GOCA.

The rest as they say is history. Now Baxter tours around to multiple tournaments in his region, passing out awareness and detection cards at every event, visiting with other folks who have had similar experiences to he and his wife’s, and hopefully saving a life in the process. To learn more about early detection for Ovarian Cancer visit chrisbaxterfishing.com or gaovariancancer.org.