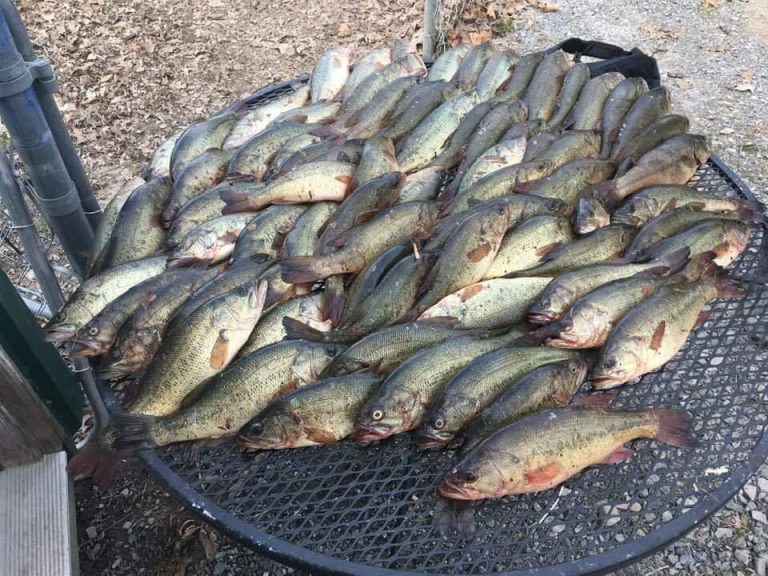 4 fishermen were caught by the Illinois Department of Natural Resource officers with 114 bass that were unlawfully caught from a couple Illinois fisheries.

According to a post on the Illinois Department of Natural Resources Conservation Police Facebook page, 4 men were cited on April 18, 2019 for possessing 114 bass caught unlawfully small lakes in the Burning Star Fish and Wildlife Area.

The CPO’s drove around Burning Star Fish and Wildlife Area but were unable to locate the area the subjects fished. The CPO’s drove to a nearby private lake and identified distinguishing features.

The landowner was contacted and stated the individuals did not have permission to fish the lake. The CPO’s conducted interviews and cited 3 subjects for fishing without consent of landowner and unlawful take of 76 largemouth bass.

The CPO’s then conducted a follow up investigations, which revealed another subject who took 38 largemouth bass from the Burning Star property. The subject was cited for unlawful take of 38 bass.

The subjects were also issued various warnings and face potential civil charges for the restitution of the fish. The value of the bass is $456 according to statute.