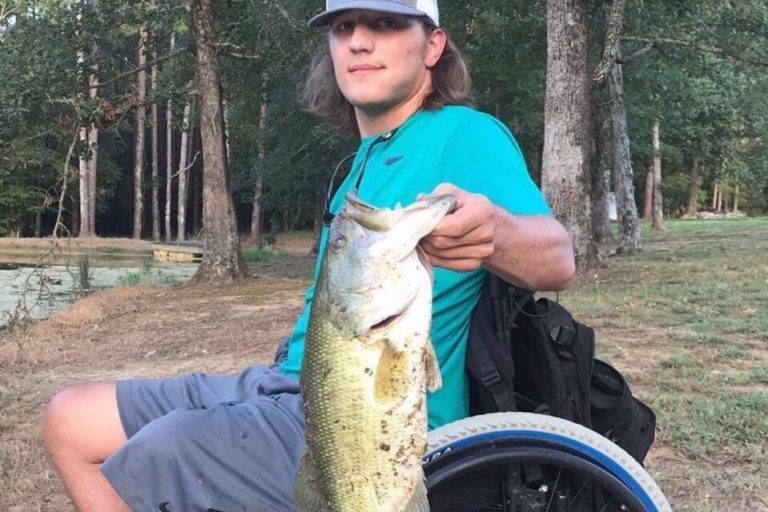 Swimbait Universe is asking anglers in the fishing community to help raise funds to get a fellow angler a new wheelchair who was left paralyzed and later had a leg amputated after a car accident on his way to work. The new wheelchair will allow Grant to access more fishing areas and other outdoors activities.

You can follow this GoFundMe page link setup by friends and the online fishing community at  Swimbait Universe to pitch in $10 or $20 to help them reach their goal.

Here is the full story from the GoFundMe page:

On July 21st 2016, Grant was driving down the road whenever he ran off the road and flipped his truck and wrapped his truck around a light pole. His wreck left him with 9 fractured vertebrae, two in his neck (C6 & C7) and 7 in his back (T5 & T11). He severely broke his left arm and fractured his right wrist on both sides. Due to the left leg being without blood for over 5 hours, the muscles, and tissues had begun to die so he was left with no other choice but to amputate. On top of all of that, he damaged his right knee and has had surgery on it. The doctors told him that he was paralyzed from the waist down and that he would never be able to do many normal things that everyone else takes for granted. So on top of the multiple injuries and amputating hisleg, he was told that he would never have movement below his waist ever again.

Anyone who knows Grant knows that he is truly blessed and is a miracle. He was able to start gaining movement back in his right leg while in Atlanta at the Sheppard Center. Grant has been truly blessed to be able to not only make it through the horrible car accident, but to also be able to prove the doctors wrong and gain movement again. Since leaving Sheppard Center, Grant has been doing rehab weekly, walking on the bars with his prosthetic leg. However, with any type of spinal cord injury, comes a long process. He still has a long road ahead of him to be able to walk on his own again. As of now, he is still in a wheelchair but puts countless effort and dedication into being able to walk again.

If you know Grant at all, you know how much he loves the outdoors. You won’t meet anyone who loves to hunt and fish, and just be outdoors more than he does. With that being said, it is extremely difficult to be outdoors whenever you’re in a wheelchair. Whenever he is hunting, it’s difficult to push his wheelchair out to the shooting house if the ground is even a little wet. He is very limited to the things he is able to do, and has to rely on others to help him out. (If you know Grant, you know he is hard headed and hates asking for help). When fishing he has to think of the few spots that he is actually able to go fishing to without having difficulty getting out there. And I can promise you, having to depend on a wheelchair to get yourself around whenever you are outside is no walk in the park.

I’m creating this GoFundMe page because ever since I first met Grant, he has told me about how much he has wanted an Action TrackChair. These chairs are primarily made for people like Grant, in a wheelchair but love to be outdoors. The Action Trackchair has the power, traction, and stability to allow people to travel off the sidewalk or pavement, and be able to actually get into the woods, on a beach, in the mud, etc. They are built to do things that no other chair is capable of doing. The only thing holding Grant back is the fact that  these chairs are fairly expensive. Trackchairs start around $11,500 and come with multiple attachments (such as fishing rod holder, gun holder, tool box holder, etc) that you can add on to it to customize it to perfection. The goal is to raise $13,000 in order to allow Grant to personalize it the way he wants, plus help cover taxes & shipping. I would love to be able to have him a Trackchair by hunting season this fall. Any monetary amount no matter how small or large would be greatly appreciated. 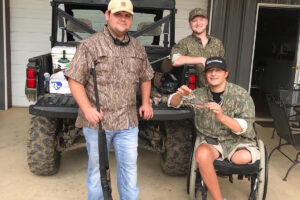