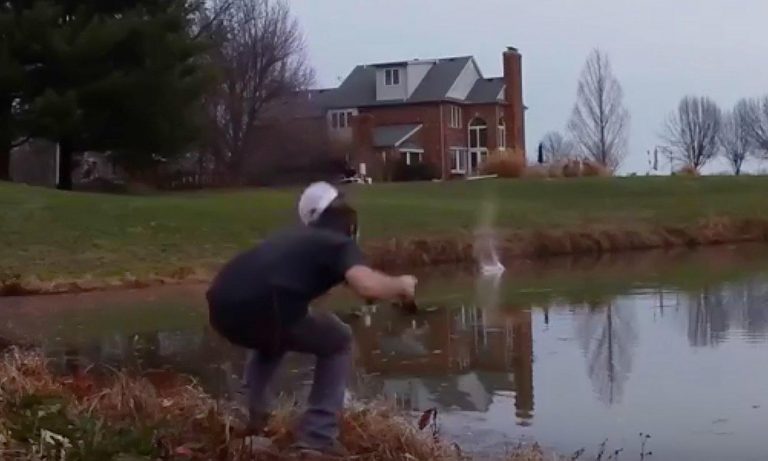 File this under the “What the Heck” file! 618Fishing posted a video this weekend on his YouTube channel of him fishing his local pond. He doesn’t catch anything in the short 1-minute video. But he did almost catch a bullet to the back of the head. Apparently his neighbors were shooting guns on their property and a stray bullet whizzes by him on the video and hits the water next to him. Pretty crazy footage and very scary at the same time.

We are all avid hunters and outdoorsmen at Wired2fish, but we’re still left wondering who is shooting guns like this so close to houses and people outside?