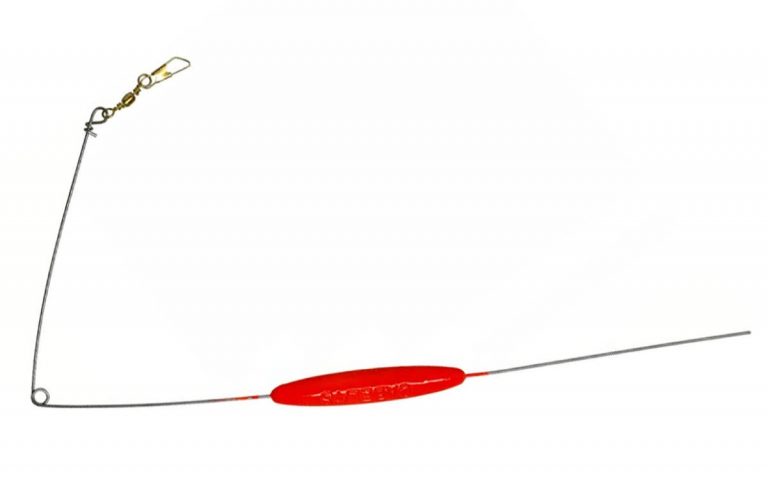 A Minnesota angler is counting his blessings after a freak accident while fishing in Clark, S.D. pierced his heart with a metal wire. Todd Thesenvitz of Jasper, Minn. was fishing for walleye with bottom bouncers with his wife Marie and his daughter Keanna when Todd hooked into a monster Northern Pike. While attempting to land the fish boat side, the Northern broke free of the hook and the bottom bouncer wire shot into his chest. His wife recounted the story of what could have been a fishing tragedy had his daughter, a nurse, advised him to leave the bottom bouncer while they called 911 and raced to shore. Advice that most certainly saved his life.

His wife recounted the story on her Facebook page:

“Wednesday, July 7th at approximately 11:15am my husband, myself and our daughter were fishing near Clark, SD. We were pulling spinners with bottom bouncers and doing very well. We almost had our walleye limit and a few nice perch. There was a bite on Todd’s pole which he grabbed and fought what turned out to be a monster northern pike. He brought the fish to the surface and the northern broke the hook and took off. It all happened so fast from this point. I had been ready to net the fish and was standing in front of Todd so we don’t believe he saw the fish get off. I moved to put the net away since we didn’t need it anymore when Todd screamed, “OH! My chest!” Anyone who knows him, knows this could have been a joke! Keanna and I turned, looked and went immediately into crisis mode. The bottom bouncer hand penetrated his chest.

“We (mostly Keanna) convinced him to NOT pull it out. 911 was called as Keanna got him calm and on the floor while I reeled the other lines in and got the trolling motor up and the big engine started. I had never driven the boat before now. It took us about 13 minutes to follow the GPS back to the boat ramp. I couldn’t go as fast as I wanted because it was too painful for him.

“Arriving at the boat ramp there were red lights from every possible entity! Clark County volunteers and paid officers came in full force! Game fish and parks also. There were people everywhere to help with everything. The dispatch lady said she was sending everyone and boy did she! They helped land the boat, got Todd onto the gurney and into the ambulance where they stabilized the bottom bouncer and were quickly in route to Prairie Lakes Hospital in Watertown 30 miles away.

“Some helpful onlookers took the boat away from the dock for me while a man backed the trailer in. Normally, it’s my job, but I knew I was not able to do it this time. Another group of people sprang into action to get the boat situated so we could put the cover on and got me on the way to the hospital. Upon arriving at Prairie Lakes, there was an incredible amount of people who were working to get him ready for the helicopter transport to Sioux Falls.

“The bottom bouncer had penetrated his heart.

“Keanna and I dropped the truck and boat back at the campground where Trey met us and drove to Sioux Falls. We knew we could make better time in the car. Before we arrived, they had already taken Todd into the OR.

“In the OR, after opening his sternum, the surgeon found a pericardium that was so full of blood it was now preventing the heart from beating. The surgeon cut open the pericardium and released the blood which caused a blood pressure fluctuation that required life support bypass for his heart and lungs. The surgeon was able to repair the puncture with a couple of stitches. Removed the bypass but maintained the intubation and sedation to allow time to start healing.

“The surgeon was very blunt and said there was no reason Todd was still alive. A lesser man would be dead. If anything had gone any different from the second it happened until he was on the OR table, he would not have been able to save him.

“Today, I thank you all for your prayers and your positive energies! My husband is alive and healing. We are possibly looking at going home in a day or two!

“If any of my friends know a clark county volunteer, officers, etc. or anyone who was present on the 7th please tag them in this so we can thank them properly!”