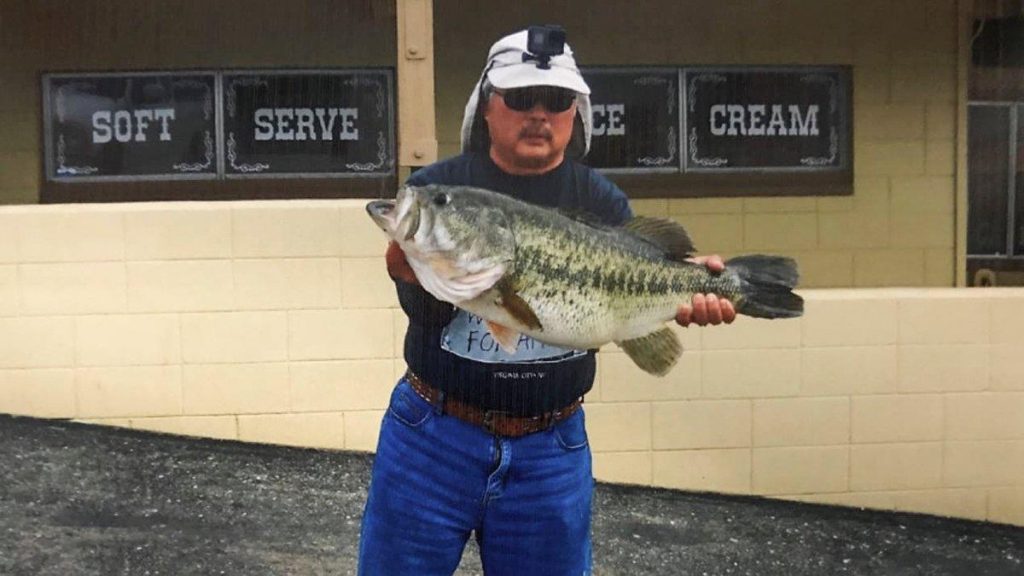 Kicking the bass fishing season off right, there has already been a confirmed 15-pounder caught out of California. Dennis Choi, of Rocklin, Calif. caught a 15.46-pound largemouth bass Monday, Jan. 29, 2018 while fishing the North Shore Day Use Area of Lake Camanche in Central California. Choi was fishing on his birthday with a friend for trout with Berkley PowerBait Power Eggs when the big bass bit. He was able to land the monster bass on an Okuma Celilo Trout Rod with a Pflueger President spinning reel and 4-pound line.

While it’s not the first time an angler has caught a giant bass fishing for trout in California, it is interesting that you can see the bass is hooked in the lower part of the mouth with two Power Eggs visible on the video his son Christopher uploaded from his father’s GoPro Hat cam. More than likely a trout flashed on the eggs, and the big bass reacted to the trout eventually getting hooked on what the trout had ate or was trying to eat.

Choi had his picture taken and had it weighed on the marina scale then released it back into the lake, probably not fully appreciating the magnitude of his catch to other avid bass fishermen.

We find it amazing he was able to land such a giant largemough bass on 4-pound line and a tiny hook.

Click here to watch a short 45-second video of the fight and catch.