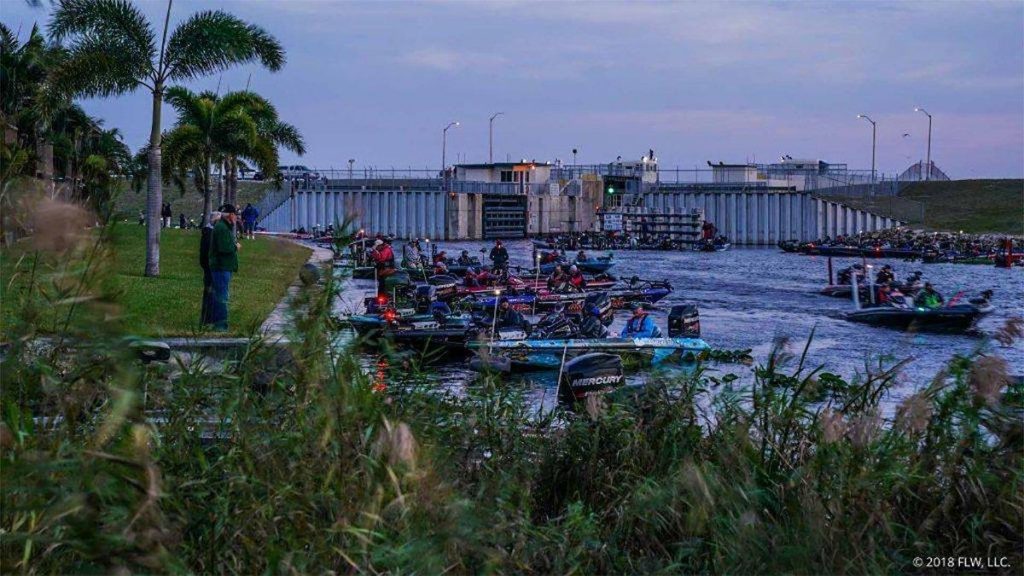 On day one of the 2018 FLW Tour event on Lake Okeechobee, two bass boats were involved in a collision, according to OkeechobeeNews.net. Each boat consisted of one boater and one co-angler. All involved were competing in the event.

Both boaters were navigating the lake and met at an intersection. William Campbell’s and Andy Young’s boats collided. Young and his co-angler were thrown from their boat and were able to climb back in, thanks to Young’s kill switch shutting off the outboard motor.

The boats returned to the launch site and the incident is being investigated by the Florida Fish and Wildlife Conservation Commission. Andy Young is reportedly in the hospital with a back injury, while the other anglers involved did not seek immediate medical attention.