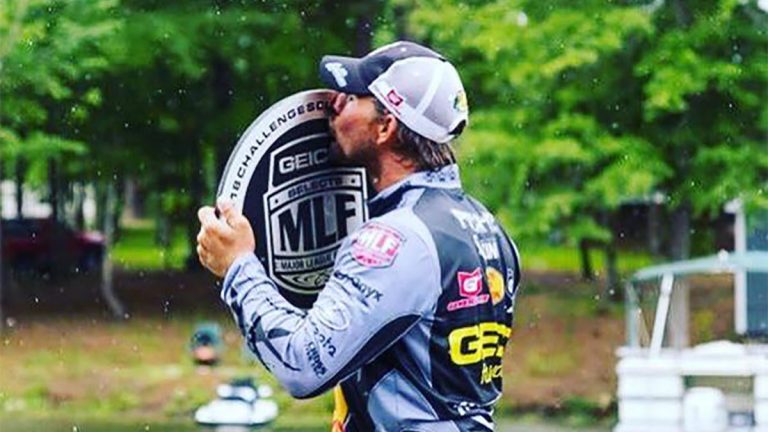 The new pros consist of some familiar names who are expanding their sponsorship with Abu Garcia, as well as some who are brand new to the team this year. As part of the sponsorship contract, the seven pro anglers will use their expertise to help Abu Garcia test and evaluate new products and will make appearances alongside Abu Garcia brand representatives at a variety of trade shows and consumer events.

“We are excited to be able to invest in Abu Garcia and to be adding these elite anglers to our pro team,” said Jon Schlosser, VP Marketing for Abu Garcia. “The brand has launched some amazing products over the last year, most notably the Revo Rocket which delivers a staggering 41 inches of line per turn. The Revo Rocket is a favorite among our pro anglers and we’re excited to see it, and many of the other new Abu Garcia products, out on tour this year.”

Schlosser concludes, “The 2019 Abu Garcia pro team roster includes of some of the most talented anglers in the world and we are proud to have them represent our brand as they compete on their respective tournament trails this year.”

MLF pro Keith Poche joined MLF in 2014 and won his very first event. Keith has also fished in the Bassmaster Elite Series and has had 46 top 50 finishes, 21 top 20 finishes, seven top 10 finishes and a third-place finish at the Bassmaster Classic.

Mike will be competing on the Bassmaster Elite Series as a rookie. He qualified through the 2018 Eastern Opens, claiming a check in three of the four Eastern Opens.

Expanding his sponsorship categories for 2019 with the addition of Abu Garcia rods, Joey has been an FLW pro for three years and has won three tournaments. With 12 top 10 finishes and two Cup appearances, Joey has fished 62 events. 2016 was his rookie year on tour where he finished third in the points. Joey has also fished the Costa series and was a top five finisher.

Bradley Dortch is a two year FLW Tour pro and won the Harris Chain Tour in 2017 using Abu Garcia. He has won two tournaments with five top 10 finishes and one cup appearance. Bradley was also named 2017 Rookie of the Year and has fished 51 total events.

John has been an FLW pro for eight years and will be expanding his Abu Garcia sponsorship for 2019 to include rods. He has reeled in five tournament wins with 29 top 10 finishes and six cup appearances. In 2016, John made history as the first pro angler to bring home the coveted FLW Forrest Wood Cup in an aluminum boat. He has fished a total of 119 events.

Matt kicked off his professional bass fishing career in 2011, his first year on the FLW Tour. He’s qualified to fish the Forest Wood Cup four times and has had one top 10 Tour finish on the Mississippi River.

Andy will be competing in his second year on the FLW Tour. He competed in College Fishing at Clemson University. He finished in the money two times in 2018 and is looking for more success in 2019.