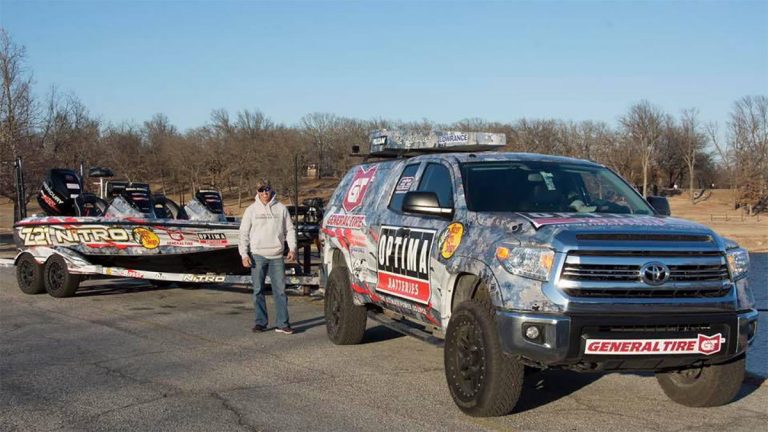 Pioneering fishing brand Berkley has announced that it has expanded its professional roster for 2019, adding 11 new anglers to the team. The new pros will represent Berkley throughout the 2019 Season on various tournament trails including the Bassmaster Elite Series, Fishing League Worldwide Tour (FLW), and the Major League Fishing (MLF) Bass Pro Tour.

These anglers will be sponsored by Berkley for the 2019 season and will represent combinations of the brand’s hard and soft baits, line, and hooks. They will also test and evaluate products and appear at trade shows and events throughout the year.

“This year will be an exciting one for Berkley as we’ve been investing heavily in the brand. In the last few months we have added 226 colors across 54 shapes in the legendary PowerBait range, as well as an outstanding assortment of new topwater baits. Our pro staff loves the new baits and we’re excited to see them do well on the tournament trail,” said Jon Schlosser, VP Marketing for Berkley.

He adds, “Having these elite bass anglers on our team is an honor, and we are proud to have such strong representation throughout the professional tournament trails for Berkley. We look forward to working with our pro team and supporting them on their respective tours this year.”

“With the recent success of Berkley Powerbait Maxscent and Berkley Powerbait there is no way I couldn’t be using the product. Berkley has been a staple in the fishing world for a long time and I am really happy to be a part of the team.”

This is Anthony’s first year as an MLF pro. While on the FLW Tour he won the 2014 FLW Cup and has fished 203 events, with five tournament wins, 25 top 10 finishes and 13 cup appearances.

“To me, Berkley is an icon in bass fishing. A name that has been there since I was old enough to read bait packages as a young kid! They have been passionate about what they do and about growing the sport, but more recently they have shown a desire and commitment to be even more creative and more innovative, which is what really excites me about joining their team. Quite simply, Berkley is producing baits that just plain work.”

“If you want to beat the best in the world, you have to fish the best fishing products in the industry. That’s why switching to Berkley hard baits and Fusion19â„¢ hooks was a no brainer for me.”

Keith joined MLF in 2014 and won his very first event. During his time on the Bassmaster Elite Series, Keith saw 46 top 50 finishes, 21 top 20 finishes, seven top 10 finishes and a third place finish at the Bassmaster Classic.

“I am truly honored and excited to be working with Berkley! This company has been around as long as I can remember and I’m proud to align myself with the best in the business.”

Hank will be fishing his seventh season on the Bassmaster Elite Series in 2019 and his fourth Bassmaster Classic in March. He’s fished 64 events and finished in the money 38 times with numerous top 10 and top 20 finishes.

“Excited to be a part of the Berkley pro staff. The opportunity to work hand-in-hand with some of the best people in the business is very exciting. Not to mention I get to fish with the most innovative plastics in the business.”

Chris qualified for the Elite Series in 2018 through the Bassmaster Central Opens. To date, he has fished 13 events.

“So excited for the continued support from Abu Garcia, but the added bonus of Berkley, I’d say I’m pretty jacked up!”

Mike will be competing on the Bassmaster Elite Series as a rookie, qualifying through the 2018 Eastern Opens. He claimed a check in three of the four Eastern Opens.

“I’m extremely excited about being a part of the Berkley team! I’ve used their products my whole life and now to be a part of the team is a dream come true. Just to be part of such a great company is an honor. Looking forward to the 2019 season with Berkley!”

Joey has been an FLW pro for three years and has won three tournaments. With 12 top 10 finishes and two Cup appearances, Joey has fished 62 events. 2017 was his first year on tour where he finished third in Rookie of the Year points. Joey has also fished the Costa series and was a top five finisher.

“I’m excited to join the Berkley team because they have been around a very long time and they have many years of experience in their products. That gives a professional fisherman like me the peace of mind in knowing I have the best products on the market to catch fish with.”

Bradley Dortch is a two-year FLW Tour pro and won the Harris Chain Tour in 2017. He has won two tournaments with five top 10 finishes and one cup appearance. Bradley was also named 2017 Rookie of the Year and has fished 51 total events.

“I’m excited to be apart of Team Berkley! I have been fishing with Berkley products since I started fishing and have continued to do so throughout my professional fishing career. Berkley is an industry leader and I can’t wait to have much success with the help of their products. I look forward to representing Team Berkley in the 2019 fishing season!”

Matt kicked off his professional bass fishing career in 2011, his first year on the FLW Tour. He’s qualified to fish the Forest Wood Cup four times and saw one top 10 finish on the Mississippi River.

“I’m extremely excited to become part of the Berkley family! I’ve used their products throughout my career and rely on them every tournament. I look forward to helping develop new products to continue to help meet the high expectations of the fishing community.”

Andy competed in college fishing at Clemson University and is set to make 2019 his second year on the FLW Tour. He finished in the money two times in 2018 and is looking for more success in 2019.

“I am excited to get on with such a great company like Berkley. They have the right baits for every lake we will fish this year from Florida to up north and everything in between.”

The new Berkley pro bass anglers will be joining their teammates in competition events throughout the country from January through September. For more information on Berkley and its pro anglers visit www.berkley-fishing.com, or follow @berkleyfishing on Instagram, Facebook and Twitter.