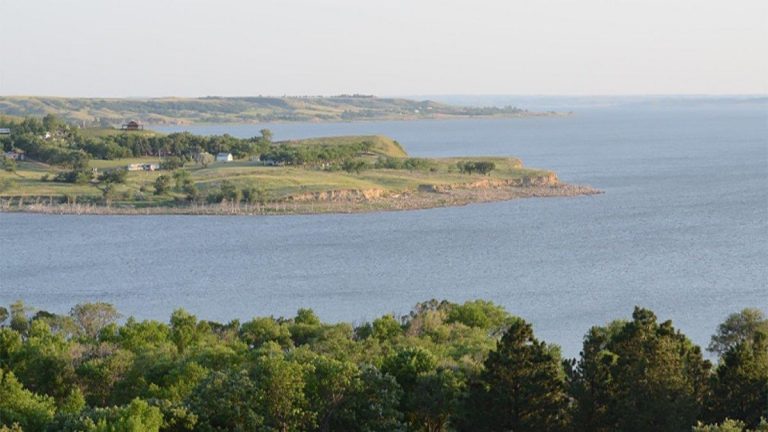 The Bassmaster Elite Series has a rich history that always seems to lead it back to venues where special moments have taken place in the past.

It’s also blessed with a sense of discovery — and that leads the organization to sometimes visit lakes that are a little off the beaten path.

The 2018 Elite Series schedule, which was announced today, features elements of both.

The lineup includes stops at traditional venues like the Sabine River in Orange, Texas, and the St. Lawrence River in Waddington, N.Y., where crowds for past Elite Series events have always been huge. The schedule also features an eye-popping, first-time stop at scenic Lake Oahe on the Missouri River near Pierre, S.D.

B.A.S.S. CEO Bruce Akin said he loves the flow of a schedule that will allow the Elite Series to visit old friends — and make a lot of new ones — during an eight-month stretch of next year’s calendar.

“We are very serious about taking bass fishing into new regions of the country and exposing as many people to our sport as we can,” Akin said. “But in doing that, we’ll never forget the people who have shown us so much support every time we’ve visited their communities.

“This schedule has some history, as well as some new adventures for our Elite anglers and fans, and I think that’s fantastic.”

As it did in 2017, the schedule will begin in early February in the southeastern United States — where the prevailing weather patterns could range from 20 degrees with sleet and snow to 60 degrees with a need for SPF 50.

The season opener is set for Lake Martin in Alexander City, Ala., on Feb. 8-11. Martin, which is known for its healthy population of spotted bass, was a regular stop for Bassmaster events during the late 1990s and early 2000s. But the last time B.A.S.S. visited the 44,000-acre lake on the Tallapoosa River for a high-level event was in November 2002.

After Lake Martin, the Elites will take a break from the regular-season schedule, while the 2018 GEICO Bassmaster Classic presented by DICK’S Sporting Goods is held on Lake Hartwell at Anderson, S.C., with weigh-ins and other events in Greenville, S.C. The annual Super Bowl of professional bass fishing is set for March 16-18 on the same lake where Casey Ashley claimed the 2015 title.

When the Classic buzz is barely three weeks old, the Elite Series schedule will resume with a trip to the Sabine River, where fans have proved their love for pro fishing time and again.

The overall record was broken later in 2013, when 34,100 people turned out for an August Elite Series event in Waddington, N.Y. But judging by the big turnout at a Bass Pro Shops Bassmaster Central Open held in Orange in mid-June, the city could be ready for another run at the record.

The third and fourth Elite Series tournaments of the year will also be held at familiar venues, with the trail stopping at Grand Lake O’ the Cherokees in Grove, Okla., April 26-29, and at Kentucky Lake in Paris, Tenn., May 4-7. Grand Lake hosted the Classic in 2013 and 2016, and Kentucky Lake has been the site of a dozen high-level B.A.S.S. events, including the 2015 BASSfest.

The Elites will fish one more tournament in May — the Toyota Bassmaster Texas Fest benefiting the Texas Parks and Wildlife Department. The special $1 million tournament combines the best features of the Texas Toyota Bass Classic and BASSfest and will be held May 17-20 at a location to be announced later.

What is known for certain is that after Texas, the Elite pros will travel to La Crosse, Wis., for a return visit to that area’s bass-filled section of the Mississippi River. The trail visited La Crosse in September 2016 when Tennessee angler Ott DeFoe won with 63-10.

From there, the schedule takes one of its more intriguing turns in years with a trip to Lake Oahe, which straddles the border between South Dakota and North Dakota, and which recently ranked ninth in the Central Region of Bassmaster Magazine’s 100 Best Bass Lakes list.

It will mark not only the first time B.A.S.S. has visited the mammoth 370,000-acre lake, but also the first time the organization has held a high-level tournament in the state of South Dakota.

The fourth-largest reservoir in the United States may be the closest thing to an unknown commodity that the Elites have seen since the trail’s inception in 2006. That could make for a particularly interesting tournament, considering the new “no-information” rule that prohibits anglers from soliciting or intentionally receiving information about locating bass on tournament venues from the moment the schedule is announced.

Under current Elite Series rules, anglers are allowed to obtain information about a fishery until the official off-limit period goes into effect four weeks prior to an event.

“It means a lot of things will change, including no more sharing of waypoints of hot spots found by other fishermen,” said B.A.S.S. Tournament Director Trip Weldon. “The no-information rule has the support of the Elite anglers — and it will make it more important than ever for everyone to be able to go out and find their own fish.”

Another departure from traditional Elite Series schedules is the increase in the number of events ending on a Monday. Almost invariably (GoPro Bassmaster Elite at Dardanelle presented by Econo Lodge being an exception) competition days are Thursday through Sunday. Elite tournaments next year at the Sabine River, Kentucky Lake and Lake Oahe will take place Friday through Monday. The Sabine was scheduled differently to avoid practice fishing on Easter Sunday, and the other two start later because they are part of back-to-back events.

From South Dakota, with the race for the Toyota Bassmaster Angler of the Year title heating up, the schedule will move to Havre de Grace, Md., for an event on the upper Chesapeake Bay. It was in 2015 on Chesapeake Bay when Aaron Martens all but sealed his third AOY title, scoring a dramatic victory with 70-2.

The final regular-season event will be held on the St. Lawrence River in Waddington, N.Y. — where more fans turned out for a B.A.S.S. tournament in 2013 than ever before or since. The river, which is known for producing gigantic smallmouth bass, ranked third in the Northeastern Region of Bassmaster Magazine’s 100 Best Bass Lakes list.

Two postseason Elite Series events — the Toyota Bassmaster Angler of the Year Championship and the Classic Bracket — will be held in late September. Locations will be revealed at a later time.