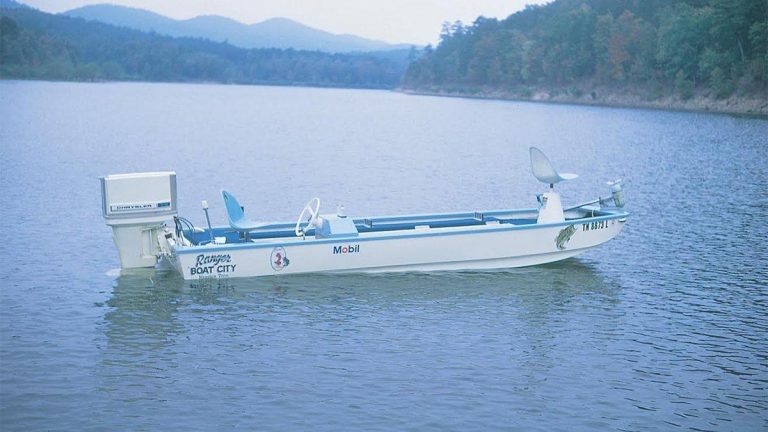 Bass boats have actually not been around for that long. Fishing boats have been around forever but they were clunky and actually not very functional. Bench seats, uneven floors, no livewells, and most were tiller steer models were great for a lazy day with grandpa dinking a worm on a bobber but as tournament fishing gained popularity anglers were looking for something better. Creature comforts were not just wants, they were a necessity for anglers who wanted more. Innovation followed technological advances and the result was a better fishing boat.

Forty-five plus years isn’t long from a fishing perspective and even though their designs and features continue to evolve the first bass boats cut new ground but were still a bit archaic to today’s standards.

For Ranger, their first boat was built by Forrest and Nina Wood in 1968 out of a small “plant” in Flippin, Arkansas. Forrest wanted his boats to have strength, integrity, and commitment in a single name. He named “Ranger” after the original heritage of the Texas Rangers, a law enforcement group that was noted for reliability, toughness and patriotism. 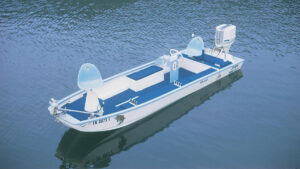 Built out of  fiberglass and “hand laid” for strength many of the original processes that went into the first Ranger still have a place in how they are built today. The processes have been streamlined but the integrity of the boat is still of utmost importance to Ranger.

Ranger was the first company to install carpet in their boats in 1969. Carpet not only made the boats quieter but also added comfort, appeal and a step up aesthetic appeal not found in boats before that time.

For more on today’s Ranger Boats go to www.RangerBoats.com.